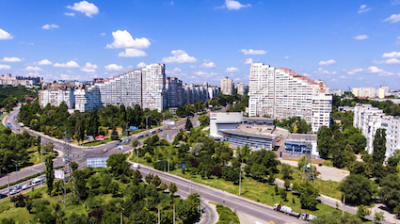 Moldova is likely to use the international debt market as a last resort, if it fails to secure IFI failing for planned infrastructure projects.
By Iulian Ernst in Bucharest January 18, 2023

By the end of 2023, the government of Moldova will apply for sovereign ratings from international agencies, in preparation for the placement of FX bonds on international markets, Prime Minister Natalia Gavriliţa said on January 17 in a show broadcast by TV8.

The high cost of debt nowadays, however, makes this an option of last resort, as the government said in the public debt management strategy recently published. It is not an impossible scenario, but only if the country fails to get concessionary lending for large infrastructure projects.

According to Gavrilita, Moldova should first have draft infrastructure projects, and only afterwards seek to finance them with FX bonds. But such projects are highly likely to get financing from international financial institutions (IFIs) at much lower costs compared to what the country would have to pay on the market. The main benefit of such FX bonds would be building up a history and a market for Moldovan bonds.

"We now have [feasibility] studies in various sectors of the economy that identify such important infrastructure projects for the country. For example, we will start building a bridge in Ungheni, for which we have already found financing in the European Union,” mentioned Gavriliţa.

Regarding the launch of Moldovan FX bonds, the prime minister mentioned three important issues that the government must tackle first.

"Firstly, we should get a sovereign rating. After that, several important projects for Moldova will have to be selected, which can be implemented using the money raised from the placement of Eurobonds. And finally, the third task is to issue Eurobonds,” she said.

She admitted, however, that the current market circumstances are not great. She also mentioned that the bonds should be “green”.

"We must think and prepare for the placement of the so-called ‘green bonds’, which are attractive and applicable for our country," concluded the prime minister.

Such issues could, for instance, finance green energy projects, which Moldova particularly needs. However, such projects need prior revision of the regulatory framework, as the investors who developed such generation capacities are complaining.

Moldovan ex-president Dodon accused of trying to flee the country
Russian lawmakers warn Moldova’s Nato aspirations may lead to its destruction
EBRD invests record €13.1bn into its region in 2022