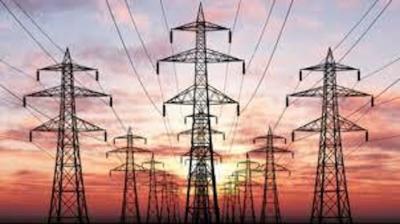 Moldova’s state owned Energocom has signed a one-year contract to import electricity from Ukraine, the energy ministry in Chisinau announced on April 1. The agreement was signed after Energocom’s contract with the gas-fired power plant at Cuciurgan, on the territory of the Moldovan separatist republic of Transnistria, expired at the end of March.

The decision has a significant political dimension, as the improving ties between Moldova and Ukraine are regarded as a threat by Transnistria. It is also a serious financial blow to Transnistria; compared to the breakaway republic’s GDP, estimated very approximatively at $1bn, the value of the contract is significant and the impact on the country’s budget is proportional.

The Ukrainian supplier is DTEK Trading, controlled by Rinat Ahmetov, the ministry said. The price was set at $50.2 per MWh, compared to $54.4 requested by Cuciurgan (which initially asked for $58.5).

Moldova imports 80% of the electricity it needs, and had previously imported electricity from Ukraine. However, in March 2016 Chisinau decided to sign a contract with Cuciurgan after Ukraine reduced capacity and temporarily discontinued supplies due to scarce coal supplies from the conflict struck eastern parts of the country.

In 2016, Moldova “imported” 3.3TWh of electricity from Transnistria, 0.4% up y/y, from Transnistria (the source is outlined as “other sources” by the statistics office, since the power plant is officially on the national territory).

The price paid was $68 per MWh until April 1, 2016 and $50 per MWh after April 1, when the supplier agreed to cut the price after Ukraine submitted competitive bids. In total, Moldova paid Transnistria $178mn for the electricity imported in 2016, which accounted for 79% of electricity consumption.

As a first effect of Moldova’s decision to switch to the Ukrainian supplier, Transnistria’s budget revenues will decrease significantly because of the drop in revenues from electricity sales. The separatist republic receives the natural gas used to produce the electricity sold to Moldova for free from Russia.

Transnistria’s budget derives revenues from the business in two ways: firstly, it receives revenues from Russian gas sold at a deep discount to industrial and residential users in Transnistria, and secondly it collects the profit, income and other taxes related to the power plant’s operations. It is difficult to estimate precisely the impact of losing the contract with Moldova, but the losses incurred by the government, businesses and politicians allegedly involved in the business will add up to the $178mn paid by Chisinau last year.

Moldova’s imports of electricity from Cuciurgan have been the subject of speculation and media investigations, and there were allegations of massive frauds during the recent presidential campaign in Transnistria.

Former Transnistrian President Evgheni Shevchuk, who also served as head of the executive and was formally in charge of handling Russian aid, was accused by his rival Vadim Krasnoselsky and by the opposition Obnovlenie party siphoning off around $100mn. His opponents claimed Shevchuk used the company that intermediates the import of gas from Russia and the export of electricity to Moldova, Energokapital. Shevchuk denied the allegations.

There has also been speculation that oligarch Vlad Plahotnuic, the head of Moldova’s ruling coalition, was involved in the alleged scam.

Power producer MoldGres, which operates the Cuciurgan power plant, is 100% controlled by Russia’s Inter Rao. Energokapital, an offshore company with unclear ownership set up in 2014, imports the gas from Russia and pays MoldGres to use it and produce electricity, then it sells the electricity to Moldova.

Energokapital was reportedly paying $75 per 1,000 cubic metres of gas to Transnistria’s budget. Traditionally, instead of paying for the gas received from Moldovagas (a Moldovan company controlled by Gazprom), Transnistrian users pay part of the market price to the budget, into an account named “Russian humanitarian aid”. Usually this amount is $150 per 1,000 cubic metres, but Energokapital was given preferential terms, according to Alexander Harichkov, head of a Russian investigation committee supervising important matters related to the pro-Russian separatist republic.

After Shevchuk lost the elections, the authorities in Tiraspol asked Energokapital to sell some of its foreign currency revenues to the central bank in exchange for Transnistrian rubles.

Not renewing the contract for power deliveries to Moldova after Shevchuk lost the elections might support speculation related to the former president’s alleged involvement in the deal. But if this is the case, the new authorities could in principle strike a new deal with Inter Rao and try to resume exports to Moldova soon.

The separatist leaders in Tiraspol have constantly accused Ukraine and Moldova of isolating the region and even setting a “blockade” on its foreign trade.

Tensions related to the separatist republic, which has been de facto independent since the early 1990s and is supported by Russia, have escalated in a multitude of dimensions recently.

Filip toured EU and Nato headquarters in Brussels in an attempt to boost his country’s ties with the West at a time when President Igor Dodon is very vocal about bringing Moldova into Eastern organisations such as the Eurasian Economic Union.

Meanwhile, Moldova and Ukraine have been trying to establish joint control over the border between Ukraine and the separatist region, on the grounds that Transnistria is not an official entity. This sparked vocal statements from Transnistria, which has called for Russia to step in.

After Filip discussed Transnistria-related issues with Nato officials in Brussels and signed the agreement on classified information with the EU, Russia called for a new round of talks on the settlement of the Transnistria situation under the 5+2 mechanism.

Moldova and Ukraine’s joint control over the Pervomaisc-Cuciurgan border checkpoint between Transnistria and Ukraine has turned into a hot issue. Moldova claims there is no ground to put it on the agenda for the next round of talks in the 5+2 format, claiming it is a bilateral topic with Ukraine. Meanwhile, Transnistria is insisting it goes on the agenda, expecting Russia to exert pressure in this regard.