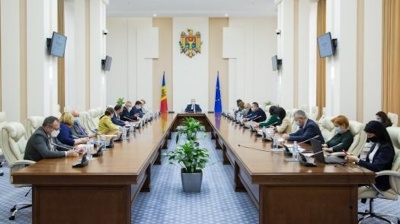 Moldova's parliament introduced a 60-day state of emergency to fight the coronavirus pandemic on March 31, with the votes of 52 of the 101 MPs.

The parliament’s decision was condemned by pro-EU President Maia Sandu, who said it was intended to delay early elections.

“They [the Socialist-led majority in parliament] are doing their best to stay in power. What they have done today is not a sign of concern for people's health and lives,” Sandu stated.

On the same day, the Constitutional Court deferred its decision on the request filed by Sandu, who asked the court to ascertain that the conditions for initiating snap elections are met. The court has not yet decided whether the request is relevant for the powers of the court, meaning that the president might have to first issue the decree on early elections, to later be validated by the court.

The state of emergency has a visible political dimension amid a conflict between Sandu and the pro-Russian Socialists headed by her rival in last autumn’s presidential election, Igor Dodon.

The political situation remains complicated as the Socialists hold the majority in parliament (validated by the March 31 vote on the state of emergency) that in principle gives them the right to appoint a prime minister.

But the health situation in the country is far from normal: over 1,800 new COVID-19 cases were confirmed in the country in the 24 hours to noon on March 31 and 45 patients died. Acting Prime Minister Aureliu Ciocoi said the rate of infection had climbed to 635 per 100,000 over the past two weeks — the equivalent of 6.35 cases per 1,000 residents, which is twice the standard early warning limit.

The country has already counted 1,232 deaths caused by the pandemic per 1mn of the population (the country has an official 4mn population, including at least 0.5mn living abroad), which puts Moldova close to Colombia and Sweden, but not far from Romania and in a better position compared to for instance Poland, Croatia or Slovakia in this regard.

In contrast to the regional peers mentioned above, Moldova cannot count on a decent public health system or a significant amount of vaccines. Two patients are competing for each place in Moldova’s COVID-19 hospitals, Ciocoi claimed.

The country expects 100,000 vaccines under the COVAX platform, but the deadline is set for the end of June. Another 200,000 doses will be supplied by Romania, out of which one third have already been delivered, but this is still insufficient to keep the spread of the virus under control without costly restrictions. Moldova’s economy already plunged by 7% in 2020, although a significant part of this (some 3pp) was caused by the poor harvest.