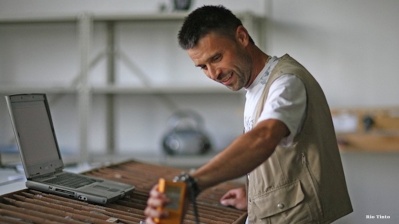 Demand for the world’s lightest metal, lithium, is forecast to grow strongly in the coming decade as car manufacturers ramp up production of electric vehicles (EVs).

Europe is already an important centre for EV manufacturing, which requires lithium for lithium-ion (L-ion) batteries that are also used in electronics and energy storage for renewables. However, the continent’s EV manufacturers are dependent on imports; most of the world’s lithium is produced in Australia, the South American "Lithium triangle” of Chile, Bolivia and northwest Argentina, and China.

This being the case, a growing number of companies are looking to develop lithium deposits across Europe, including in the Western Balkans, specifically Serbia, and more recently Bosnia too.

International mining Rio Tinto is developing the Jadar lithium-borates project at a deposit it discovered in the Jadar river valley in 2004. The site is estimated to contain 10% of the world's deposits of lithium.

Rio Tinto reported a maiden ore reserve in December, announcing that the Jadar project has the potential to produce both battery-grade lithium carbonate and boric acid. The feasibility study, launched in July 2020, should be completed at the end of this year, after which construction work will begin. The project includes the development of underground mines and the construction of a plant to process concentrates. The start of production is anticipated in 2023 or 2024.

“Rio Tinto’s lithium project pipeline is an important part of our vision to pursue opportunities which are part of the transition to a low-carbon future,” said Rio Tinto Energy & Minerals chief executive Bold Baatar, commenting on the project in 2020.

Also in Serbia is ASX-listed Jadar Resources Ltd’s Rekovac project. The project is located in the Vardar Zone, an emerging Tier 1 lithium jurisdiction which, the company says on its website, “exhibits a very similar geological setting to the Jadar Basin, which is host to Rio Tinto’s world-class Jadarite discovery”. The project area is near the cities of Jagodina and Kragujevac, 110 km from Belgrade.

While Jadar Resources’ main focus is on the Yanamina Gold Project in Peru, it is diversifying its asset portfolio through the Rekovac project and other lithium assets in Austria.

“We will try to deal with mining if we get concessions. Everything is still in the beginning, the company has only existed for a month. The research would be in the border area between Republika Srpska and Serbia,” Rautner was cited as saying.

The businessman didn’t disclose the specific area the new vehicle plans to target, but according to local media there are lithium reserves in the Jadra area, near the border with Serbia, as well as around Ugljevik, Domaljevac and Samac, in central Bosnia.

The interest in developing lithium deposits in the Western Balkans is part of a wider push to exploit the mineral across Europe.

Further north, European Metals Holdings is developing the Cinovec lithium and tin project in Czechia, which it says has the potential to be the lowest-cost hard rock lithium producer in the world. The deposit is located in a historic mining area in the Krusne Hore Mountains, close to Czechia’s border with Germany. There are other major lithium deposits in Austria, Finland, Portugal and Spain.

Lithium is used in batteries for electronic products such as mobile phones, laptops and tablets, and will also be increasingly important for the shift to renewable sources of energy such as solar power as the green transition accelerates. However, its main application at least over the next decade, accounting for the lion’s share of demand, will be in electric vehicles (EVs).

EV production has been growing steadily in Europe through the continent’s main automakers setting up plants, including in Central Europe’s automotive powerhouses of Czechia, Hungary and Slovakia.

According to a study by McKinsey, while demand for new cars fell during 2020, in many countries, “consumer demand for EVs has remained relatively stable during the crisis when compared with demand for other vehicles”. It forecasts a quick recovery in the EV market in Europe and China post-pandemic. The auto market that reopens post pandemic will be a changed one, says the report: “The pandemic has shuttered plants and halted auto-assembly lines around the world. As OEMs prepare for reopening, some are prioritising EV production either to meet the expected strong demand or to fulfil regulatory requirements, such as the European Union’s strict target for CO2 emissions.”

Demand for lithium dipped in 2019 after a sharp hike in production over the previous few years, but that was seen as a market correction in response to oversupply. Looking ahead, S&P Global Market Intelligence forecasts “substantial growth” in lithium supply until 2025. It expects new mines and brine lakes, as well as higher output from existing projects “should put global lithium production above 1.5mn [metric tonnes] on a lithium carbonate equivalent (LCE) basis.”

S&P anticipates Australia will remain the world’s top producer over the next four years, while South American producers will almost triple output. Meanwhile, only a small production increase in Europe is anticipated during this period. “With potential for 25 battery gigafactories to be operational across the continent by 2025, Europe looks set to remain dependent on non-domestic raw material supply – even as the European Commission has thrown its weight behind developing the sector and ensuring security of raw material supply,” said S&P.

A report by metal, mineral, carbon, chemical and EV raw materials research specialist Roskill covering the period until 2030 says that "longer-term scenarios continue to show strong growth for lithium demand over the coming decade”. Roskill forecasts demand will exceed 1.0mn tonnes of LCE in 2027, with growth of over 18% per year until 2030.