McDonald’s revokes licence of Bosnian franchise after series of scandals 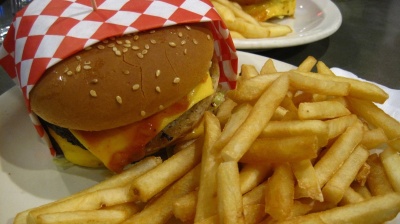 McDonald’s has revoked the licence of its franchise in Bosnia & Herzegovina and all the local restaurants were closed at the beginning of January.

No official comment has been made on the reasons for the decision, but it follows a series of scandals. Unnamed Bosnian employees of the former franchisee, the company Gliese 581g, told local media that unpaid rents to Raiffeisen Bank and the company’s alleged involvement in a political campaign are behind the decision.

The revoking of the licence was confirmed by Edin Forto, governor of the Sarajevo Canton.

“The announced exit of McDonald’s from Bosnia is bad news for our economy,” Forto wrote on Twitter. He added that no country needs negative stories by investors.

At the end of 2022, Gliese 581g, owned by local businessman Haris Ihtijarevic, lost a case against Raiffeisen Bank’s Bosnian arm over unpaid rent. At the beginning of December 2022, the Cantonal Court in Sarajevo ordered the return of a space where one McDonald’s restaurant was located to Raiffeisen Bank due to unpaid rents, Indikator.ba reported. Although there was no official information on the accumulated debt, the Sarajevo Times reported that it amounted to €500,000.

Gliese 581g has claimed the rent was not paid as it had to make a significant investment in the renovation of the facility, although the contract had a clause that Gliese 581g would have to adapt the location at its own risk.

Avaz reported that the licence was taken due to Gliese 581g’s involvement in politics. The company allegedly provided marketing space to the main Bosniak party, SDA, during the election campaign ahead of the October 2 general election. If true, this would have violated McDonald’s policy of non-involvement in politics.

The first McDonald’s restaurant was opened in Bosnia in the beginning of 2011. However, it failed to expand — as seen in neighbouring countries — and had just five restaurants open by the end of 2020.

In Bosnia, the chain was competing with local brands as Cevapi. According to Sarajevo Times, McDonald’s was too expensive for the Bosnians.

McDonald’s reported closure in Bosnia follows the shutdown of its outlets in first Russia and later Kazakhstan in 2022.

The fast food chain was among numerous international brands to leave Russia after sanctions were imposed following the invasion of Ukraine. McDonald’s initially announced the suspension of its operations in Russia, but kept paying the salaries of its 62,000 staff. Then in May 2022, McDonald’s sold its Russian assets to Russian licensee Alexander Guvnor.

Its successor on the Russian market is Vkusno – i Tochka, is understood to have hoped to enter Belarus as well. However, Belarus’ authoritarian President Aleksander Lukashenko is understood to have wanted a local rather than Russian successor to the fast food giant’s Belarusian operator, famously commenting: “we know how to cut a bun in half”.

In Kazakhstan, McDonald’s restaurants were temporarily shuttered in November due to supply issues. The general director of the Kazakh franchisee of McDonald's, Food Solutions KZ, Asset Mashanov, said in December that McDonald's plans to stay in Kazakhstan and the company is working on putting its restaurants back in operation.