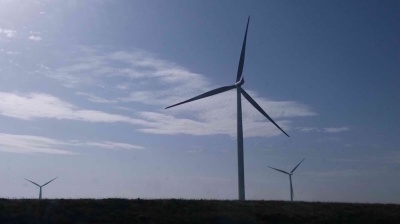 INA said on January 20  that it has signed a contract with local company Koncar on the construction of two solar power plants, Virje and Sisak.

“These projects are yet another step in the process of transforming INA into an energy company in line with our development guidelines. Our goal is to upgrade the existing value chain and these solar power plants are the start of creating a sustainable portfolio in producing electricity from renewable,” the president of INA’s management board Sandor Fasimon said in the press release.

The two plants will provide electricity for INA’s own needs. The Virje solar power plant will be built as part of INA’s gas processing facility Molve, while the plant in Sisak will be located on INA’s industrial premises.

The power plants will produce 16,000 MW of electricity a year, which can cover the average consumption of 4,800 households in Croatia. Construction works are expected to start in the spring and should be completed in 2023.

The following day Janaf said it intends to diversify its business, entering the renewables energy market as part of its long-term goal to develop new sources of financing, sustainability and profitability.

Currently, Janaf operates 622 kilometres of pipelines and has crude oil and oil products terminals on the island of Krk, as well as in Sisak, Virje, Slavonski Brod and Zitnjak.

The company's management and supervisory boards adopted a business and development strategy until 2030 with a vision to 2050, which envisages diversification into low-carbon activities as the whole energy sector will cut the usage of oil and oil derivatives, while turning to energy from renewable energy sources instead, the company said in a statement on the website of the Zagreb Stock Exchange.

The company also plans to invest in new technologies and improve its annual revenue. In 2020, Janaf commissioned its first-ever photovoltaic power plant, a project with installed capacity of 90 kW.

bneGREEN: Fit for 55 – not fit for purpose
7 hours ago
bneGREEN: Slovenia’s Sigma Energy deploys device to convert sea waves into electricity
12 days ago
bneGreen: Southeast Europe’s first eco-mosque opens in Croatia
19 days ago
bneGREEN: Europe pays what it takes to bring in LNG but still cannot get enough
21 days ago
bneGREEN: Baltic states – except Russia – agree to aim for seven-fold increase in offshore wind
29 days ago