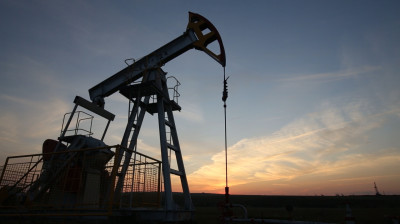 Russia and Saudi Arabia failed to agree on production cuts. A price war broke out the next day
By Chris Weafer of Macro-Advisory March 8, 2020

When Russia refused to back Saudi Arabia’s proposal for a deeper oil production cut in Vienna on March 6, it effectively fired the first shot in what looks like being an expensive and prolonged oil price war.

Against the backdrop of the Covid-19 crisis, which looks set to cut at least 2mn barrels of daily global demand, at least through 1H20, there is only one conclusion to be made: the price of Brent will test the low of early January 2016 when it briefly dipped below $30 per barrel (p/bbl)

At last week’s meeting, Russia only offered to extend the existing OPEC+ deal, which is set to expire at the end of this month, for a three further months and then to assess the situation. Saudi Arabia wanted Russia to participate in cutting an additional 1.5mn barrels per day (bbl/d) through Q2 in order to try and balance the global oil market. Having been rejected by Moscow, Saudi has responded very quickly with an announcement that it has no intention of extending the current deal and will “open up the oil taps” from April 1. It is already reported that the Kingdom is offering discounted oil.

At first glance, this looks like a battle between Russia and Saudi over oil policy. But the context of the relentless rise in US oil production over the past ten years is also an important factor. Both Russia and the major OPEC producers have been openly annoyed with the refusal of the US producers to participate in past production cuts and the fact that the US industry has been the major beneficiary of the price support mechanisms. It is a stretch to say that Moscow and Riyadh are in any sort of cooperation to try and reduce US oil production; the body language at the Vienna meeting strongly suggests otherwise. But if a price war results in some US casualties and a greater reluctance by investors and lenders to fund future US marginal production, then Moscow and OPEC will be relieved.

The table below shows the steady rise in US production over the past 10 years, from an average of 7.5mn bbl/d in 2008 to an average of 17.1mn bbl/d last year. US production averaged 18.4mn bbl/d in 3Q19 according to International Energy Agency (IEA) data - and using its methodology, which also captures other oil liquids as well as crude. That means that US market share has risen from under 9% to over 17% in the period. Saudi and Russia market shares have held steady in this period mainly because of the US sanctions against Iran and Venezuela and disruptions in Libya and Nigeria, all of, which have removed at least 4mn bbl/d from the global market.

It also raises the concern over who may next be subject to US oil sanctions if US production continues to rise and wants to displace other producers in the global market? There are at least a few in Moscow and Riyadh who have raised that question.

So, who is best positioned to fight an oil war and to live with $30 per barrel Brent, or even lower?

Moscow has bigger financial reserves than Saudi Arabia. Saudi Arabia holds the equivalent of $495bn as of end January while the latest figures from the Russian Central Bank show reserves at $570bn as of end February.

Russia has had to allow the ruble free-float from early 2015. This was a policy forced on the Kremlin as a result of the combination of western sanctions and low oil. That has turned out to be a major silver-living for the budget, as well as for economic competitiveness, and it means that the budget break-even oil price moves lower as the ruble weakens. Assuming the ruble-dollar exchange rate drops below 70 then the breakeven will drop to $45 per barrel. If the ruble-dollar rate hits 75 then the budget will breakeven around $40 per barrel without any cuts to current planned spending. This compares with a breakeven of $115 per barrel in 2013.

Saudi Arabia reportedly needs $85 per barrel to balance its budget and does not gain from a currency offset as the Riyal is pegged to the dollar.

Russian oil producers now have a very low production cost, exactly for the same reason of the ruble flexibility and also efficiency gains that the industry also had to adopt because of western sanctions.

President Putin will not have to worry about any political fallout amongst Russia’s so-called elites because of this action. It has been known for some that some of the powerful state oil executives have opposed the extension of the OPEC+ deal and wanted it ended. Rosneft, who’s 4.2mn bbl/d output is second only to Aramco’s 10mn bbl/d, has made no secret of its frustration with the deal and its desire to push ahead with new projects. After the recent US sanctions against a Rosneft Swiss trading arm, which the US accused of helping Venezuela sell oil, its powerful CEO, Igor Sechin, will not lose any sleep over damage caused to marginal US producers.

The same cannot be so confidently said of Saudi Arabia. Crown Prince Mohammed clashed with the former long-standing oil Minister Ali Al-Naimi over production policy. Naimi advocated a high-production policy to kill off competition while the Crown Prince wanted the OPEC+ deal. Naimi was fired from the post in 2016 and just ahead of the first OPEC-Russia deal. The fact that the Crown Prince has had senior royals, and potential competitors, arrested exactly as the OPEC+ deal was falling apart, is not likely to be a coincidence.

The oil price and oil producers will inevitably endure a bloody few months at least. The price of Brent will almost certainly test the early 2016 low of $30 p/bbl and this could it could be worse given the Covid-19 effect.

President Putin will not want to start scaling back budget spending, especially for the flagship national projects programme, a very ambitious $400bn programme to transform the economy and people’s living conditions by the end of his presidential term in May 2024. He will also not want to scale back on the promised social programmes and family supports that were a big part of his Federal Assembly Address in January. Especially not as public trust in his leadership has fallen to 35%, from 60% only two years ago.

If the oil price is still trading in, for example, the $20 to $30 p/bbl range in the summer, then this may change. Putin will be just as reluctant to run a big budget deficit or to reduce financial, reserves to a low level. That would leave the country vulnerable to future sanctions.

The hope in both Moscow and Riyadh is probably that either is forced to blink first and return to the negotiating table. The ideal scenario for both is that the marginal or high-cost oil producers quickly feel the pain and are forced to shutter production. It really is a waiting game and a test of both political nerve and financial reserves. The closing shoot-out scene of the spaghetti western,” The Good, The Bad, and The Ugly” comes to mind. But, whatever about the US producers, this time round Russia and President Putin are in a better position to fight this war than is Saudi Arabia or its Crown Prince.