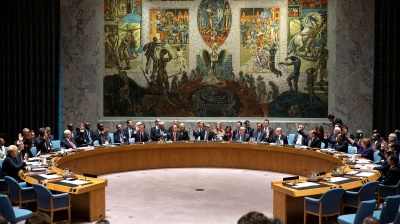 Belarus' self-appointed President Alexander Lukashenko attempted to calm his citizens again after another weekend of record-breaking twin demonstrations on Saturday and Sunday by suggesting he was open to changing the constitution on August 31.

Russian President Vladimir Putin also called Lukashenko at the weekend to congratulate him on his 66th birthday on August 30 and invited him to Moscow in the near future to talk about the details of creating a Union State – a sort of Eurozone of the east with open borders and a single currency.

The Belarusian president, who is facing down a revolt by the majority of the population after massively falsifying the presidential elections on August 9, is in a tenuous position, relying entirely on his security forces to keep him in power and is not willing to compromise with the opposition very much.

And former English teacher and nominal victor in Belarus’ presidential election Svetlana Tikhanovskaya continues to challenge him from her base in exile in Lithuania. The international community has rejected the results of the vote and in an effort to bolster the opposition’s authority and delegitimise Lukashenko, Tikhanovskaya has been invited to address the UN Security Council later this week.

In the meantime, Lukashenko said the same day that the authorities will offer the people changes that will move society forward, but these "changes" do not imply a return to the 1994 constitution.

One of the demands of Tikhanovskaya is for a return to the 1994 constitution, which included term limits on the job of president.

Changing the constitution is one possible route to end the standoff that has developed between Lukashenko and the Belarusian population, as well-known Belarusian journalist Artem Shraibman suggested in a widely read opinion piece recently.

Lukashenko has rejected the idea of a return to the 1994 constitution out of hand, which would curb his powers.

"A return, as some are calling for, to the 1994 constitution – we did not just go through or lived it, but absorbed it. We saw what was happening then. Returning back [to the 1994 constitution] is probably not progress. It is change, but this is not a step forward,” Lukashenka said at a meeting with Chief Justice of the Supreme Court Valentin Sukalo, as cited by BelTA.

Lukashenka also noted that “there is a lot of talk now that we need to somehow reorganise our socio-political system, change the situation in the country… Change, change ... True, no one talks about who wants change," he said.

"But I know very well who wants it, and what changes they want. Therefore, we will discuss this with you. Life is life for that, that it must change all the time," the president added.

Lukashenko has himself brought up the idea of changing the constitution several times before the disputed presidential election on August 9, which the opposition claim was massively falsified to give the incumbent a landslide victory, despite actually losing the vote to Tikhanovskaya.

However, Lukashenko said in the run-up to the election any changes to the constitution would not be considered for several years and again he has stressed the key points – limits on his power – are not likely to be included in the process.

On August 27 Lukashenko announced that he was ready for a broad public dialogue, including with, according to him, "sane" representatives of the opposition on changing the political structure through the renewal of the constitution.

"Everyone wants a new political system. Yes, for God's sake, let's get down to the constitution, make proposals, form a new constitution – this is the main law in any country. And we need to dance from the constitution," the president said.

These latest comments, like the previous comments, are likely designed to try to calm down the current fraught situation and are offered as a sop to the opposition leaders, but remain largely meaningless.

To highlight the point, Lukashenko stressed that he would not conduct a dialogue "with the street." According to him, "the riotous thugs" who walk the streets and shout about the need for dialogue, "do not want any dialogue… And none of the authorities will sit down at the negotiating table with the street,” Lukashenko said.

Tikhanovskaya to speak in New York

Both sides are trying to break the stalemate that has developed between them. Lukashenko’s effort to prevent the mass demonstrations at the weekend – an all-women march on Saturday and a mass march on Sunday – failed. He deployed OMON riot police and soldiers in an effort to close off the capital to the crowds as well as sending out military hardware, including APCs and some tanks, but the forces were simply overwhelmed by the number of Belarusians that turned out to demonstrate.

The international community is keen to keep up the pressure on Lukashenko, but Tikhanovskaya and the other opposition leaders on the newly established Coordinating Council have made it clear they don't want the West to impose economic sanctions on Belarus or interfere directly, which will just make the task of negotiating with Lukashenko more difficult.

The game has become about encouraging the population and assuring it that it is in the right, in an effort to maintain the mass protests until Lukashenko is forced to give up.

Tikhanovskaya will address the United Nations Security Council on September 4, Reuters quoted her spokesman as saying.

She will speak by a video link at the invitation of Estonia, which currently is a non-permanent member of the body, a member of her team told Reuters.

In parallel, Putin has significantly increased his support of Lukashenko by officially recognising the Belarus president's victory and promising him special forces “if necessary” if the situation on the ground gets out of hand. Russia has also forgiven Minsk $1bn worth of debt to help reduce the growing financial pressure on the economy. ATMs in the capital have already run out of dollars, the Belarusian ruble has lost a quarter of its value in a few weeks and the banking sector is now coming under pressure.

Ukraine will receive $5.5bn in support from the US later this month
2 hours ago
John Malkovich to turn Skopje into Hollywood of the Balkans
2 hours ago
Envoy says start made on construction of Turkish attack drone factory in Ukraine
12 hours ago
Huge explosion rocks Russian airbase on the Crimean peninsula
15 hours ago
Russia cuts oil flow via Ukraine's Druzhba pipeline, blaming sanctions for blocking transit payments
15 hours ago