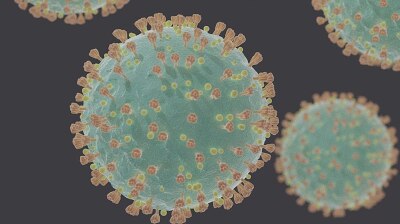 With the delta variant of coronavirus (COVID-19) now spreading in Southeast Europe, officials in some countries are warning of a new wave of the pandemic that may put pressure on hospitals as early as August or September.

As well as putting plans in place to protect healthcare systems, governments are also seeking to accelerate vaccination programmes as the number of people getting vaccinated has tailed off recently, in particular in Romania and Serbia.

Reports from the region show the delta variant is already confirmed in virtually all countries, and is or is close to becoming the dominant variant in some.

The head of Slovenia’s COVID-19 response team, epidemiologist Mateja Logar, told broadcaster POP TV on July 15 that the delta variant is growing “exponentially” in the country and could become the dominant variant within one to two weeks. More than 200 cases of the highly infectious variant had already been confirmed as of July 15.

The delta variant is also spreading rapidly in Bulgaria, where 53 Delta variant cases were found among 90 samples from patients, the National Centre for Infectious and Parasitic Diseases (NCIPD) said as quoted by Sofia Globe. The samples were taken between June 21 and July 8 in 17 of Bulgaria’s 28 districts. Chief State Health Inspector Angel Kunchev warned in an interview with Bulgarian National Television on July 21 that a significant increase in the incidence of the Delta variant from August should be anticipated.

“The current week would be the last calm one,” Kunchev told the broadcaster.

As of July 1, the Delta variant accounted for 43% of new coronavirus cases in Croatia. This prompted Croatian Institute for Public Health (HZJZ) head Krunoslav Capak to warn of a new wave necessitating stricter measures in the autumn. Zageb has already tightened restrictions along the Adriatic coast. Montenegro, which also has a large tourist sector, has temporarily closed night clubs.

Serbia confirmed two cases of the COVID-19 Delta variant on July 1. Both cases were young people who had not been vaccinated and had recently returned from abroad. Around the same time, the first delta cases were also confirmed in Bosnia & Herzegovina, Kosovo and North Macedonia.

The delta variant has already become increasingly prevalent in several European countries, not only the UK, which is now reporting upwards of 40,000 new cases a day, but also Belgium, Italy and Portugal. Dr Andrea Ammon, the head of the European Centre for Disease Prevention and Control (ECDC), said on June 23 that the Delta variant could account for 90% of all infections in Europe by the end of August.

In the emerging Europe region, Poland’s health ministry has warned that a fourth wave of the pandemic is imminent, but should be weaker than earlier waves due to vaccinations. Warsaw is working on a list of restrictions and recommendations in case of the fourth wave.

Iran is already in the midst of its fifth wave, and several cities including the capital of Tehran have been told to close non-essential businesses and services to reduce the spread of infection. The delta COVID-19 variant had been detected in 48.3% of PCR tests across all cities and regions of Kazakhstan as of mid-July, after officials in the capital Nur-Sultan already tightened restrictions at the end of June.

Romanian Health Minister Ioana Mihaila said on June 30 that the delta strain is expected to become dominant in Romania, and that she had asked Public Health Departments to prepare for an increase in COVID cases and higher hospital admissions. Despite the falling the number of daily coronavirus infections to record lows recently, the head of the national vaccination committee, Valeriu Gheorghita, said the delta strain could cause cases to rise again.

Serbia is currently preparing a new package of measures to boost vaccination rates in response to an anticipated new wave of infections. The number of new cases has already grown in Serbia, reaching 228 in 24 hours on July 21. There are fears daily case numbers could soar into four digits in August.

If a fourth wave of coronavirus occurs in Bosnia, it could arrive as early as mid-August, an epidemiologist at the Public Health Institute, Anisa Bajramovic, told a press conference. According to Bajramovic, as the delta strain is more infectious than the previous variants it is expected to spread quickly.

"The British strain, when it came, took two months to make a wave. A slightly shorter period is predicted for this one, so it is predicted sometime in mid-August, if the infection starts, so in a month and a half we will have a new wave," Bajramovic said, reported klix.ba.

"We have another month and a half to get vaccinated, a large number of vaccines are coming to us," she added.

Unlike earlier waves of the pandemic that were deadliest among older people, the current wave of infections is so far spreading rapidly among younger people, who are less likely to be vaccinated.

In Slovenia, infectious disease specialist Mateja Logar said the impact on older people could be worse than in the UK, where “the spread of Delta has not significantly increased hospitalisations as older generations have been inoculated and thus protected. Slovenia cannot count on this due to its insufficient vaccination rate,” she said, as reported by STA.

State secretary at Slovenia’s Ministry of Health Dr Mirsad Djerlek told Kurir daily: "It is obvious that the fourth wave of coronavirus will be very strong if we do not increase the percentage of vaccination, and that is why the state is preparing measures to stimulate vaccination … There is a serious danger that by delaying vaccination, a mutant resistant to vaccines will appear. And that is why we are trying to immunise more people as soon as possible”, he added.

Serbia got off to a rapid start with vaccination, not only securing supplies from numerous sources, but also setting up production of Russia’s Sputnik V vaccine and preparing to produce the Chinese Sinopharm vaccine too. That put Belgrade in a position not only to vaccinate the domestic population but also to donate vaccines to its neighbours and invite residents of nearby countries to come to Serbia for vaccination. However, indifference among some of the population combined wth a strong anti-vaccine movement have led to a tailing off in the number of vaccinations.

B92 reported on July 20 that in recent days experts have been urging people to get vaccinated and respect measures to prevent the spread of coronavirus. There are also calls for the mandatory vaccination of health workers. The Serbian government even started giving cash handouts to people who get the vaccine.

Montenegro’s government followed suit, announcing it will give €50 holiday vouchers to people above 50 years old who get vaccinated to speed up the process. The government is trying to vaccinate as many people as possible during the summer tourist season to prevent a new wave of coronavirus.

As the number of people seeking vaccinations has tailed off in Romania, the authorities have shut 117 vaccination centres and reduced the opening hours at a further 371, RFE/RL reported on July 6 quite health officials. At the end of June, Romania agreed to sell 1.17mn unused doses of the Pfizer/BioNTech vaccines to Denmark, as announced by the Danish health ministry.  As of the beginning of July, Romania had only used around 55% of around 16mn doses of vaccines it had received, and it missed the target to vaccinate 5mn Romanians by the end of May.

The Croatian government has also been accused of failing in its vaccination campaign as the goal of vaccinating over half of adults with the first dose by July 1 was missed.

"We set ourselves that goal of 55% of the population given the vaccines because we calculated how many vaccines we would get, and by that, we would vaccinate. However, interest has dropped, vaccination has slowed," Capak told Nova TV. "Certainly, there will be more restrictive measures if our numbers start to grow because, given that we have not been vaccinated enough, there is no other way to protect the health of citizens than to introduce stricter measures," he added.

Moldova, meanwhile, has taken a creative approach to rolling out vaccines: help boost vaccination rates, mobile vaccination centres have been set up on a bus and a trolleybus in the capital Chisinau. The bus tours the suburbs and the trolleybus the centre of the city, and anyone with a valid ID can get vaccinated.