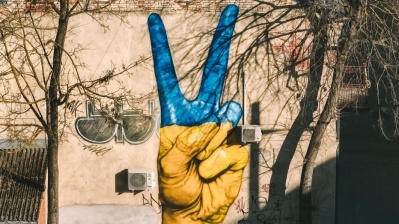 Some monuments with links to Soviet ideology will be removed from the public spaces in Lithuania’s second city Kaunas, its municipality announced on April 11.

However, the Lithuanian capital will not rush to remove Soviet memorials from its cemeteries, Vilnius mayor Remigijus Simasius said, LRT.lt, the website of the Lithuanian national broadcaster LRT, reported on April 12.

According to Kaunas municipality, there a discussion on what to do with the memorial stone marking the burial place of prisoners of war near the territory of the Sixth Fort. According to the municipality, the site is not included in the cultural heritage register and does not contain any Soviet symbols or unacceptable text, but the number of dead, which may have been hyperbolised, raises concerns.

The fate of sculptures called Mother Homeland and Soldier in Soldiers' Cemetery in Kaunas' Sanciai district, as well as the burial site of Soviet prisoners of war from the Nazi Germany camp in Aleksotas, is also being decided.

Kaunas municipality is also planning to rename the city’s Alexander Pushkin Gymnasium, which does not have any direct links with the Russian poet. So far, the gymnasium has been referred to as the Russian school, but the name does not reflect reality, as children from 30 countries study there, according to the municipality.

These decisions are aimed at completely removing any links to Soviet ideology, its symbols, or Russia, which continues its war against Ukraine, from Kaunas’ public spaces, the municipality said.

“Kaunas desovietised most of its public spaces shortly after independence,” Saulius Rimas, head of the Cultural Heritage Division of the Kaunas City Administration, said in a press release.

“Only isolated ideological relics of the Soviet era that were protected by their cultural heritage status have remained until today, but they are also disappearing from the city’s spaces,” he added.

There have also been calls to remove the memorial in Vilnius Antakalnis cemetery. Traditionally, every year on May 9, top Russian diplomats and some members of the Russian-speaking community go there to commemorate the Soviet Union’s victory over Nazi Germany in the Second World War.

“However, a cemetery is a cemetery, and in the Western civilization, normally it’s an untouchable place. Of course, the Soviets always liked to cross the line and make ideological things out of cemeteries,” Vilnius mayor Remigijus Simasius is quoted as saying.

“Cemeteries are a slightly different territory, of course, we all understand that. But we will assess the situation, we will look at it,” he added.

Lithuanian Culture Minister Simonas Kairys has vowed that the so-called desovietisation law, which would oblige municipalities to review their Soviet heritage and make necessary decisions, will soon be put before the Lithuanian parliament.

However, no quick decisions should be expected as burial sites are protected by international conventions and some objects are recognised as cultural heritage, he added.