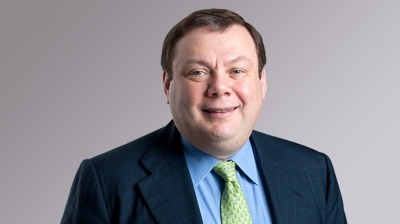 Investment conglomerate LetterOne Group has announced its intention to block efforts to bring German oil and gas company Wintershall Dea to market, citing market volatility created by escalating tensions on the border with Ukraine. This represents an escalation in a row with German part-owner BASF over management of the energy company.

LetterOne Group was founded by Russian billionaire Mikhail Fridman, who remains its chairman. The group is a minority shareholder of Wintershall Dea, which was created in a merger between LetterOne’s DEA Deutsche Erdoel and Wintershall, owned by chemicals major BASF. Wintershall Dea is currently Europe’s largest private energy company, and conducts some operations in Russia.

BASF now holds around two-thirds of the shares in Wintershall Dea, and intends to float the company on the market in order to sell off its stake. In a statement to the Financial Times, BASF re-iterated that the group was “fully committed to divest our share in Wintershall Dea and we continue to consider an IPO as the best way to market our share”.

LetterOne, meanwhile, is resisting an IPO, allegedly claiming that the market’s uncertainty over the risk of war between Russia and Ukraine (as well as the potential reputational damage sustained by Wintershall Dea in connection with its operations in Russia) could lead to an undervaluation.

LetterOne also cited the energy crisis unfolding in Europe, arguing that an IPO would distract attention from Wintershall Dea’s ability to provide Europe with a reliable gas supply.

LetterOne Group, which owns a 27% share in Wintershall Dea, has repeatedly argued that long-term investment in the company and sustained stability in its governance are imperative to its development. Now, it has told the FT, “short-term stakeholder pressure” on BASF to sell off its share will jeopardise the company’s future.

LetterOne Group also stressed its preference for M&A and other potential value-added activities (which BASF allegedly doesn’t support), suggesting that an IPO could divert focus away from them.

LetterOne said that it would support a listing of Wintershall Dea “when it makes commercial sense to do so”, and that it would back increased dividends “when they are in alignment with the sustainable interests, targets and strategy of the business,” the FT reported.

This is not LetterOne’s first spat over corporate governance. Earlier in January, the group reportedly clashed with the Turkey Wealth Fund (TWF) over the board of underperforming mobile operator Turkcell.