What's the point of belonging to the emerging middle class if you don't look good? That's the idea behind KupiVIP, Russia's leading online fashion store, which expects annual revenues to reach a billion dollars by the end of the decade.

Russia's e-commerce market is booming and KupiVIP will turn over roughly $250m this year. But according to its founder and CEO Oskar Hartmann, the selling of clothes online is only now starting to gather momentum. "Russia's e-commerce is developing exactly the same as in every other country of the world," says Hartmann, who is an ethnic German and brought up in Germany, but born in Kazakhstan. "Email is the enabling application that brings people to the internet, but after three years they start to buy things online like plane tickets. And typically after seven years they start to buy fashion."

Hartmann finished university in 2006 and after a stint working for a body-building food online retailer, he arrived in Moscow in 2007 with a plan to set up his own company. KupiVIP was launched in 2008. "I wanted to go into business and I was looking for something that could become big, that could be developed over the next 20 years," he says. "I was looking for something I could get emotional about, not something connected to administrative resource and something that would lift the public up."

KupiVIP offers "second season" clothes - those of well-known brand names like Donna Karen and Gucci that were last year's range. Like hard-backed books, some punters are willing to pay a premium to get the latest release when it comes out, but second season is the paperback of the fashion world, where buyers still want what's fashionable but are willing to wait a bit longer for the product to become more affordable.

And in fashion-conscious Moscow the brand name is as important, if not more so, than wearing this season's smash hit. KupiVIP's offering is aspirational: after 70 years of Soviet deprivations, Russians want to join the modern world and nothing makes more of a statement about who you are than the clothes you are wearing.

Fashion has been one of the new Russia's fastest growing sectors and Tverskaya, the Oxford Street of Moscow, is today home to some of the highest grossing stores in the world on a sales-per-square-metre basis. The trouble is that only the few super-rich Russians can afford the up-market brand names. "In Russia no one else is saying that you can look good but stay within the budget you have. The emerging middle class want to feel good about themselves," says Hartmann, who offers the same names at a considerable discount to the high street prices.

But that doesn't mean cheap. The few attempts to set up discount chains or factory outlets in Russia that offer "cheap" goods have failed. "In the States, the factory outlets put the clothes in cardboard boxes unpacked, but Russians don't want to shop like that; they want a quality product that they buy in a quality environment," says Hartman, who already has 10m Russians signed up to his slick and glamorous website.

As part of the illusion of exclusivity the site is billed as a "club" that you have to "join" in order to avail yourself of its goods, rather than it being a simple online store. However, registration is free and only takes a few moments. Once inside the site, the presentation is lush and extensive: the company has a photo studio in the basement of its main office with a constant stream of models swirling through to show off each product that is then displayed on the site.

Ironically, the 2008 crisis was a boon for the KupiVIP start-up. High-end fashion sales were booming prior to 2008 as oil money flowed into the economy. As a result, producers had done little to develop their distribution networks other than selling either through franchises or, increasingly, by opening up their own branded stores. When the crisis hit, sales plummeted overnight. "[The label owners] had been selling into a market that was growing by 30% a year and had always grown by 30% a year; suddenly all these top names found they have product in their warehouses they couldn't sell and no secondary channels available to move it," says Hartman.

In the West, designer labels sell the bulk of their as second-season clothes via eBay, discount stores like Century 21 or factory outlets. But Russian mores meant these secondary channels were simply missing. Producers jumped on Hartmann when he offered a solution. "In that year we were signing up a brand a day - in 365 days we signed 365 names that represented over 500 brands. You could cold-call email a CEO of a famous fashion house and they would immediately call you back," relates Hartmann, scrolling through the list of labels on his site, which indeed reads like a who's who of the fashion world.

Still, 2009 was a touch-and-go time for KupiVIP. Hartmann had raised €100,000 from friends and family to get started, and the company nearly went bust in the depths of the downturn at the start of 2009. But he was able to raise $5m from angel investors and as the economic recovery took hold in 2010, the company began to grow very fast. Hartmann has had two more rounds of financing since then, with the latest deal closed earlier this year raising $55m from private equity funds Bessmer and Russia Partners.

The appearance of funds willing to finance Russian internet companies marks an important stage in the development of the sector: until recently, raising the initial $100,000 to $1m was fairly easy, as there are lots of oligarchs willing to take a punt on an e-commerce concept. However, raising the next stage of financing, from $5m to $50m, was all but impossible. But a handful of big deals appearing this year, including the $100m raised by Ozon.ru, Russia's answer to Amazon.com, suggests that the sector is starting to attract some serious interest.

And the reasons why are obvious. When Hartmann started the company in 2007, there were 24m users on Russia's internet, which translates into some 3m Russians actively buying things online and spending an estimated $4bn a year in total.

Given that countries typically end up with between 60% and 70% of their populations online, Russia's total online population should max out at around 100m people, and with 62m people online today, the internet market is already not too far from being mature.

While selling clothes takes longer to gain traction than "consumer commodities" like theatre tickets or paying your utilities bill, once it is established it usually becomes the biggest single biggest product group, accounting for up to a third of e-commerce revenues, says Hartmann. As Russia's internet is only now reaching saturation point, that seven-year maturity bump is only just starting to make itself felt. Russia's 62m users will spend a total of $13bn this year, of which $1.8bn was spent on fashion, estimates Hartman. "That means we are looking at the 3m online buyers turning into some 75m online buyers over about 10 or 20 years, which is equivalent to the population of Germany," says Hartmann. "By 2020, the e-commerce economy should be on the order of $50bn to $80bn, depending on supply, and fashion sales will account for about $15bn of that."

Hartmann says that currently only 8% of total sales go on clothes, but that is because the number of users is still growing so fast and most have not had the time to get used to buying frocks or jackets online. "The growth potential is huge and when we get to $15bn, then Russia will have become the largest online fashion market in Europe," says Hartmann. 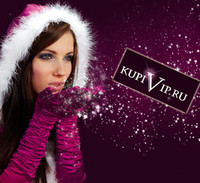