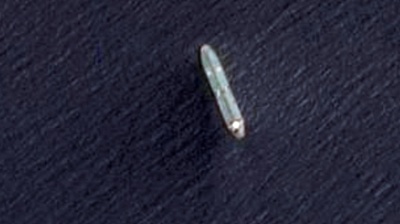 The vessel in question.
By bne IntelliNews May 1, 2019

An Iranian oil tanker in transit on the Red Sea is leaking oil according to TankerTrackers.com.

Satellite video playback of the tanker, and another travelling with it on the sea, shows them sailing in tandem but quickly making hard turns to the southeast, the oil tanker tracking service said. The report from TankerTrackers did not say if there were other vessels in the area that might, for instance, have been involved in a collision.

The Red Sea borders the southern edge of the Arabian Peninsula and the Horn of Africa. There is no word on where the ships were heading but Iran recently took a lease out on a Syrian port on the Latakian coastline following the cessation of violence in that region.

There is presently big international focus on Iranian oil shipments on the high seas given that the US drive to cut Iran’s oil exports to zero—in its bid to strangle the Islamic Republic’s economy and force negotiations on changing Iran’s Middle East policy—is due to start from May 2. From that date, no country will be in possession of a waiver from Washington allowing it to import quantities of Iranian oil without fear of incurring sanctions. The previously held waivers, issued last November, were awarded to China, India, Turkey, Japan, Taiwan, South Korea, Greece and Italy. Greece, Italy and Taiwan no longer import Iranian oil, according to the US, but there is now considerable focus on whether the other five former waiver holders—particularly China, India and Turkey, which are big buyers of Iranian oil and have objected to the sudden decision of the US not to extend the waivers—will continue to make the case that they should be allowed to continue taking some Iranian oil. Flat-out defiance of the attempted US ban cannot be ruled out in some cases, although behind the scenes moves to disguise imports are more likely.

Zarif’s “accident plot” warning
The oil spill comes after Iran’s Foreign Minister Mohammad Javad Zarif on April 24 cryptically warned in New York that people could try “to plot an accident” that could trigger a broader crisis.

Zarif told Reuters he did not believe US President Donald Trump wanted war with Iran, but that Trump could be lured into a conflict. He added that a so-called “B-team,” including Trump’s national security advisor John Bolton, an ardent Iran hawk, and conservative Israeli Prime Minister Benjamin Netanyahu could goad Trump into a conflict with Tehran.

“Those who have designed the policies that are being pursued do not simply want a negotiated solution. But let me make it clear that Iran is not seeking confrontation, but will not escape defending itself,” Zarif was also cited as saying.