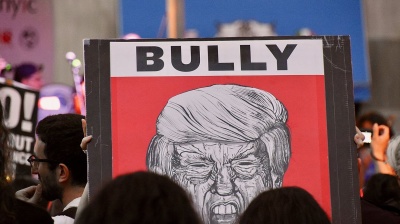 Succumb to a “high school bully” and you’ll only whet his appetite for more. That was the message from Iran's foreign minister to Europe’s major powers on January 16 as he drove home his argument that in triggering the dispute mechanism in the nuclear deal opposed by US President Donald Trump they have made a “strategic mistake”.

The day also saw Germany confirm that Trump threatened to impose a 25% tariff on cars to push the three European signatories to the accord (formally known as the Joint Comprehensive Plan of Action, or JCPOA) to initiate proceedings against Iran for violating it. “This expression or threat, as you will, does exist,” said the German defence minister, Annegret Kramp-Karrenbauer, at a press conference in London.

The previous day, Iranian President Hassan Rouhani poured scorn on the proposal from UK Prime Minister Boris Johnson that a “Trump deal” should replace the nuclear deal. He said it was a “strange” offer, noting that US President Donald Trump has gained a reputation for always breaking promises. There are fears in Tehran that Johnson will be nothing more than a lapdog to Trump as he pushes for a US trade deal possibly vital to securing Britain’s economic future post-Brexit.

The Washington Post reported on January 15 that Washington threatened to impose the tariff on European automobile imports if Europe’s big powers did not formally accuse Iran of breaking the nuclear agreement.

Protesting that it is not receiving any meaningful help from Europe to protect its economy against Trump’s crushing sanctions—designed to force Tehran to the table where it would be expected to sign a much tougher accord limiting its role in the Middle East and curtailing its ballistic missile programme along with its nuclear development efforts—Iran has scaled back its compliance with the terms of the nuclear pact, saying this month it now rejected all limits on uranium enrichment—although it would seek to keep the deal in place and continue to allow in UN atomic watchdog inspectors.

Defending the stance that it was time Iran entered into talks to discuss a broader nuclear deal, European diplomats briefed media that a decision had been made to activate the dispute mechanism even before Trump made his tariff threat.

One diplomat told Reuters a suggestion that the Europeans were acting in response to Trump’s threat risked “discrediting the Europeans, but then Trump doesn’t really care about that”.

Henry Rome, an analyst on Iran with Eurasia Group risk consultancy, tweeted that while the Europeans had been planning to trigger the dispute procedure anyway, the perception that they “quickly bent to Trump threat is very damaging and a huge propaganda victory for Iran”.

The European Union said on January 16 that its top diplomat, Josep Borrell, held “frank” talks with Zarif at a conference in India.

UN sanctions can “snap back”

The dispute mechanism begins a diplomatic process that can end with UN sanctions on Iran “snapping back” into place, although the Europeans, who have always opposed Trump’s decision to withdraw from the nuclear deal, insist that is not their aim.

The most recent reports from the UN nuclear watchdog state that Iran has exceeded some limits on enriched uranium, but suggest that it remained far from returning to pre-deal capacity.

In recent months Iran has boosted its level of enrichment of uranium to 4.5%. That’s higher than the 3.67% limit set by the JCPOA but far from the 20% enrichment it was engaged in before the deal. Uranium must be enriched to 90% to be used in a nuclear weapon.

Iran has always denied wanting to build a nuclear bomb.

Top performing Candriam SRI Bond Emerging Markets Fund that has $1.5bn AUM has cut Russia, Kingdom of Saudi Arabia and China from its list of allowed investments due to the country’s poor performance on environmental, social and governance (ESG)

The fast-rising second wave of infections is threatening to overwhelm the country’s healthcare system.

Hungary’s right-wing government — which has openly endorsed Donald Trump in the US presidential race — was angered by the Democratic nominee’s rule of law criticisms and comparison of Hungary and Poland to Belarus.

Day, however, sees angry exchanges with Armenia and Azerbaijan blaming each other for breaching humanitarian truce.

Analyst points out that as Turkish national oil co has gone it alone in exploration, there's “no witness” to back up claims reserves are a “game-changer”. Notes gas find is “a feel-good domestic story to sell in troubled times”.