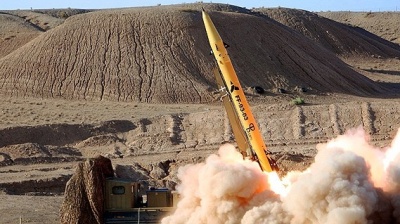 Iran has reportedly deepened its commitment to supplying arms for Russia’s war on Ukraine by agreeing to provide Moscow with medium-range surface to surface missiles as well as more military drones.

Publications including the Guardian reported the scenario, as briefed by US and Iranian security officials, on October 18, as Ukraine endured more attacks on its energy infrastructure from what were believed to be GPS-guided Shahed-136 “kamikaze” drones supplied to Russia by Iran.

Russia is thought to be attempting to systematically destroy Ukraine’s electricity infrastructure ahead of winter. But its stocks of its own missiles are depleted.

UK defence secretary, Ben Wallace, on October 18 flew to Washington at short notice. It is thought Wallace will discuss the dangerous new phase in the Ukraine war, share intelligence on Iran’s involvement and assess with US counterparts what package of new air defence could be delivered to Ukraine.

Reuters cited an Iranian official briefed on an October trip of Iranian officials to Moscow as saying: “The Russians had asked for more drones and those Iranian ballistic missiles with improved accuracy, particularly the Fateh and Zolfaghar missiles family.”

The two short-range missiles are said to be capable of hitting targets at distances of 300km (185 miles) and 700km (435 miles), respectively. 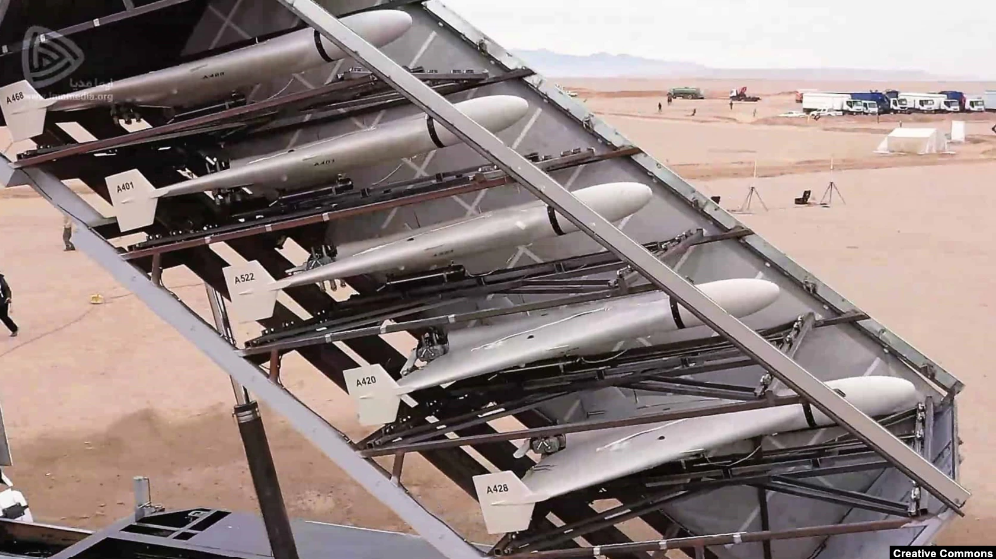 Shahed-136 drones seen in their launch container during a demonstration in Iran (Credit: Creative Commons).

Iran on October 19 again denied it was selling drones to Russia. Tehran called for talks with Ukraine to “resolve” the accusations.

Ukraine’s foreign minister, Dmytro Kuleba, has concluded that Kyiv should break off all diplomatic ties with Tehran. He said Ukraine would not tolerate Iran’s “meanness and lies” on the issue of military supplies provided to Russia.

Iran’s foe, Israel, has been approached by the Ukrainians about selling Kyiv air defence systems. On October 16, Israel’s Minister of Diaspora Affairs, Major General Nachman Shai, wrote on Twitter: “It was reported this morning that Iran is transferring ballistic missiles to Russia. There is no longer any doubt about what position Israel should take in this bloody conflict. The time has come for Ukraine to receive military assistance.”

Ukrainian intelligence has said around 1,750 drones, each costing only around $20,000 to manufacture, had so far been delivered to Russia by Iran.

The Shahed-136 can be fired from a truck. It flies relatively slowly, but at a low height. It can be hard to detect until the last minute.

In the past week alone, more than 100 self-destructing Iranian-made drones have slammed into power plants, sewage treatment plants, residential buildings and bridges, among other targets, in urban areas, according to Ukraine’s Foreign Ministry.

A Western official, speaking with The Associated Press on October 18, on condition of anonymity to discuss intelligence, said Russia was pursuing a strategy of “attempting to destroy Ukraine’s electricity network” with long-range strikes.

The official said the Iranian drones “are playing an increasingly significant role, although we can see that Ukraine is effectively neutralizing many of them before they hit their targets.”