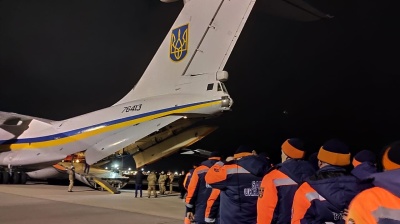 Iran says it will no longer share information with Ukraine from the investigation into the shooting down of a Ukrainian airliner in response to a “strange move” that saw Kyiv leak a confidential recording in which a pilot is heard saying he believes he has seen a missile in the sky.

The row blew up on February 3 with Ukrainian President Volodymyr Zelenskiy saying that the recording, played on Ukrainian TV the previous evening, showed that Iran knew immediately it had shot down the airliner, despite denying it for three days. However, the fact is that, reading between the lines of what Iran has already said on the matter, its officials have already acknowledged that there were regrettable shortcomings in this area that need to be reviewed and dealt with. The timing of Zelenskiy’s comments might have more to do with irritation on Kyiv’s part that Iran is not coming up with satisfactory compensation offers for the relatives of the 176 people who perished in the tragedy. Zelenskiy has said that Iran has offered $80,000 per person, according to TSN, while the standard rate agreed internationally for those who die in air disasters is around $195,000 per person.

“They immediately offered 80,000 dollars to each family of each deceased, but we did not agree to this,” Zelenskiy reportedly said. “It seems to me that this is not enough. When the deceased’s wife says that her husband was the only breadwinner, and she has no work, and the child needs to go to college—80 thousand dollars is not enough. Although, of course, human life is not measured by any money, but we will press for more payments.”

Ukraine is also unhappy that Iran has not surrendered the black box flight recorders recovered from the crash site to Kyiv, despite conceding it does not have the necessary technology to quickly decrypt their data.

“Light of a missile”

The leaked audio recording is of an Iranian pilot flying an aircraft of Iran’s Aseman Airlines talking to the control tower in Tehran. He can be heard saying he saw “the light of a missile” in the sky before Ukrainian International Airways (UIA) flight PS752, en route from Tehran to Kyiv on January 8, crashed in a fireball in a field outside the Iranian capital.

The recording “proves that the Iranian side knew from the start that our plane had been hit by a missile,” Zelenskiy said in a television interview.

After denying blame for three days, Iran conceded its armed forces had shot the plane down. Officials said that the firing of two missiles at the civilian aircraft was a mistake that occurred while the country was under high alert, given that hours earlier Iran had fired volleys of missiles at US targets at two bases in Iraq in retaliation for the US assassination of Iran’s top general five days earlier. A communications breakdown meant that the gunner was unable to verify the target with superiors before making the decision to fire, they said.

Iran’s Mehr news agency quoted the Iranian official in charge of accident investigations at Iran’s Civil Aviation Organisation, Hassan Rezaifar, as hitting out at the releasing of the confidential recording. “This action by the Ukrainians led to us not sharing any more evidence with them,” he said, adding that investigators from Ukraine had returned home.

Officials in Iran have partly attributed the delay in making a public admission that the Boeing 737 plane was shot down to the need to properly investigate the crash to rule out other potential causes and assess whether foreign hacking could have been involved.