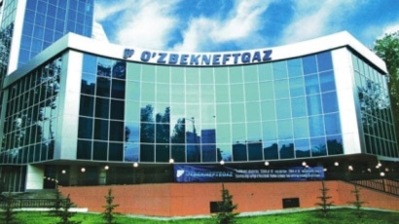 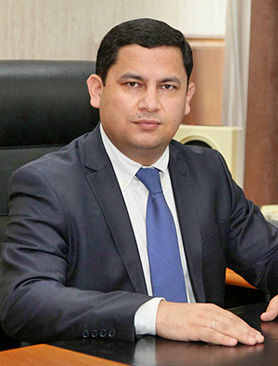 A big Uzbek delegation travelled to Berlin for the Uzbek-German investment summit that kicked off on January 14 and managed to sign off on €4bn worth of deals on the first day.

bne IntelliNews managed to put some questions to Ulugbek Sayidov, first deputy chairman of the board at Uzbekistan’s national oil company Uzbekneftegaz on the prospects for the development of the country’s energy sector. While Uzbekistan does not have anywhere as near as much in the way of hydrocarbon deposits as its neighbours Kazakhstan and Turkmenistan, the oil and gas sector is crucial for supplying what is Central Asia’s most populous country with energy.

bne: How much oil and gas does Uzbekneftegaz produce a year?

In 2018, the production of liquid hydrocarbons accounted for around of 3 million tonnes, fully sent to local refineries for further processing.

bne: How has this changed over the last few years? Stable or rising?

bne: What is the domestic need for oil and gas? Does Uzbekneftegaz produce enough to cover all domestic needs or does Uzbekistan have to import?

Natural gas produced in Uzbekistan is used both to satisfy the domestic demand, and also for export in accordance with long-term export contracts.

Uzbekistan imports liquid hydrocarbons from Turkmenistan, Kazakhstan and Russia in order to satisfy the rising need in oil products.

bne: What is the potential for finding new deposits of oil and gas in the country?

Currently, the government of the country is paying great attention to increasing the potential of the oil and gas industry. In this direction, the “Program of development and reproduction of the mineral resource base for the period 2017-2021” is being implemented. This program includes a complex of various special geological and other works carried out for the purpose of finding, detecting and preparing for the industrial development of hydrocarbon deposits.

In order to increase the extraction of hydrocarbons and the further production of petroleum products under exploration programs, work is being undertaken on promising investment blocks of the republic. Such leading foreign companies as Lukoil, Gazprom, CNPC, KNOC, Socar, British Petroleum, Tatneft, Zarubezhneft, Total, ONGC and others are involved in the process.

bne: Is Uzbekneftegaz going to be part of the privatisation programme?

JSC Uzbekneftegaz put up for auction its non-core assets that are on the balance sheet of the company. In most cases, these are companies and business units that are ready-made businesses. There are more than 150 of them, and they are sold to business entities at market value through public tenders. In addition, 26 business units have been transferred to local executive authorities in the field at the residual (book) value.

We also develop public-private partnerships. In particular, the possibility of creating conditions for attracting private sector investment to gas distribution enterprises are now being considered by concluding a public-private partnership agreement. These steps are aimed at developing healthy competition in the industry, leading to an improved quality of services provided to consumers.

bne: Are there any plans to IPO the company at any point? Can you give any details? Will it be like Gazprom/Rosneft? Any indication of how big a stake could be sold to foreign investors?

Currently, work is underway to obtain an international credit rating of the company, which will expand the cooperation of Uzbekneftegaz with foreign partners, attract credit funds from world financial markets and provide various sources of foreign investment and its diversification.

Assistance in this direction for Uzbekneftegaz is being given by the Asian Development Bank in the framework of the project on technical assistance for the corporate transformation of the company. The auditing company EY is assisting us to audit the consolidated financial statements of Uzbekneftegaz. The consulting company The Boston Consulting Group has been hired to assess the prospects of the prospective projects in terms of their effectiveness of the use of natural, material, financial and other resources. The consulting company DeGolyer & MacNaughton has been engaged for the calculation of reserves, according to the most global accounting system for the classification and management of hydrocarbons and their reserves.

bne: Does the company plan to offer any eurobonds after the government has gone ahead with its debut eurobond this year?

The company is conducting a systematic review for the preparation of a debut issue of debt securities, eurobonds, this year after the issue of sovereign bonds.

The first step in this direction is the preparation of consolidated financial statements for the requirements of IFRS and having a credit rating from the world's leading rating agencies such as S&P, Moody's and/or Fitch, which requires preparation in the following things:

- determine the market value of fixed assets, intangible assets, capital investment objects and investments (work has already started with the help of KPMG);

The next step is to attract other necessary counterparties such as project coordinators, legal consultants, etcetera, which is also already in progress now.

bne: Are there any plans to invest in downstream facilities like refineries?

Uzbekneftegaz JSC is implementing a number of large investment projects in downstream. One of them is the project “Expanding the Shurtan Gas Chemical Plant”, where the production of value added products such as polyethylene (280,000 tonnes) and polypropylene (100,000 tonnes) will be adjusted.

During the production of polymers in the Shurtan project, a co-product - a pyrolysis distillate  - will be established that allows for further processing and the production of aromatic hydrocarbons, which are valuable raw materials for specific subsectors of the chemical industry.

Furthermore, it is planned to implement a number of projects on the technology of MTO (methanol to olefins) for the production of oil plasticizers.

The implementation of these projects will allow for organising the production of new types of products such as polyethylene terephthalate (PET), polyacrylonitrile, butadiene rubber, polystyrene, benzene, toluene, and xylenes, which are in demand in the textile and processing industries, automotive industry, pharmaceuticals, production of building materials, automobile tires, rubber products, consumer goods and special chemistry and facing materials.

bne: In addition to a bond and retained earnings, what other plans are there for funding the expansion of your business, including plans for debt.

In the future we plan to fund large projects by attracting foreign direct investment and loans on a project financing basis.

bne: What roles do China and Russia play in the country’s energy sector?

A number of Russian and Chinese oil and gas companies, such as Gazprom, Lukoil, Zarubezhneft, Tatneft, CNPC and others, are involved in the energy market of Uzbekistan. They participate in both upstream projects and downstream as investors.

At the same time, large financial institutions like Vnesheconombank (VEB), Gazprombank, and the Silk Road Fund provide for the financing of large investment projects in Uzbekistan. Also, Uzbekneftegaz exports natural gas to these countries, and also imports oil from Russia.