Summer has finally come to Moscow and the main hall in the Red October chocolate factory that sits on the River Moskva across from the Kremlin is buzzing with young workers flapping about in flip-flops or hunkered over computers writing code. This is ground zero for Russia's attempts to modernise itself. The iconic red brick building was converted several years ago and today is a hive of bars, cafes, conference rooms and internet start-ups. So the gaggle of bureaucrats in suits making PowerPoint presentations in the corner looks somewhat out of place.

The men are second-tier officials from Moscow City government, who are making presentations to the powerful Moscow mayor Sergei Sobyanin and his former deputy and now dean of the Skolkovo business school, Andrei Sharonov. "These chinovniki have been told to come up with new ideas for the various responsibilities and they are kind of nervous," says Sharonov, who is becoming an intellectual force in Moscow's drive to drag itself into the 21st century, using the old Soviet word for bureaucrats. "It's like an end-of-year test."

A pet Kremlin project inaugurated by then-president Dmitry Medvedev a few years ago, Skolkovo has been struggling to gain traction, but it has been given a new lease of life since Sharonov took over earlier this year. One of the rare examples of a can-do Russian bureaucrat, Sharonov during his time as deputy mayor oversaw the introduction of bus lanes and paid-for parking in the Russian capital, which have reduced traffic by a quarter and vastly improved the city's legendary problem with traffic jams, among other things.

In his new job at Skolkovo he is attempting to deal with an altogether more insidious problem – the lingering Soviet mentality that is at the root of Russia's slow progress in making structural reforms. "If you meet a group of Russian businessmen and a group of Europeans, with the Russians you see brilliant individuals, but together they're bad managers and disorganised. The European businessmen are less brilliant as individuals, but they work well together and create quality as a group," says Sharonov, whose athletic build and close-cropped hair makes him look a bit like the British actor Jason Statham. 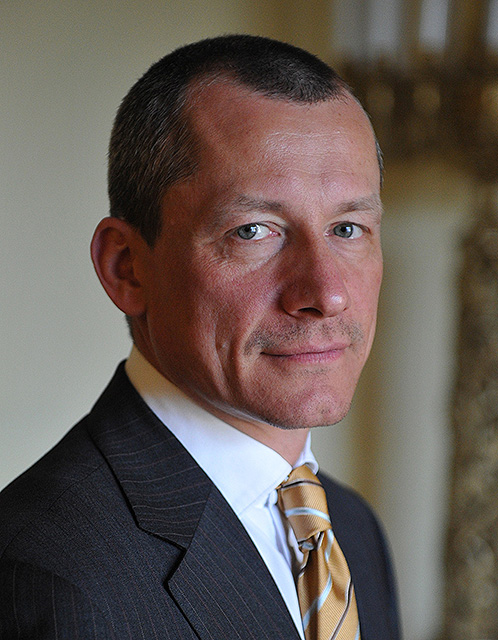 Skolkovo is supposed to address this problem by training a new generation of managers, but it has yet to have had much of an impact on Russian business. Sharonov blames the wider problem of poor institutions. "The situation in Russia has changed a lot from 10 years ago, but there is still a big gap to close with what we expect to achieve," says Sharonov, taking a break from listening to the chernovniki's presentations, where he is acting as an advisor to the mayor. "Russia has a rich intellectual capital and even in the Soviet times there were many successes in research, but we don't have the mentality to commercialise and make unique products from our scientific endeavours."

Much of this is due to the cultural legacy of the Soviet system. Studies comparing Russian and American academics found that the Russians are more focused on writing papers and winning grants, whereas their American counterparts dream of finding venture capital partners and getting into business. "There is a lack of the entrepreneurial expectations in Russia. But you have to consider that for 85 years it was almost a criminal activity to be an entrepreneur," Sharanov says, sitting by the floor-to-ceiling bay windows that used to light the chocolate factory's workshop.

And this mentality has become fixed, as most of the successful businessmen that rose to prominence in the 1990s were cut from the Soviet cloth. Now they are so powerful, the barriers for entry for the new generation of more westernised businessmen remain high. "There are two types of businessmen in Russia. The first somehow recognise that the scale of the business has overcome their intellectual capacity as a manager to cope with and they delegate to others; the second, and by far more common type, consider that they are as good a manager for a start-up as they are for a huge industrial conglomerate. They try and control everything. They don't believe in the ability of the board of directors to manage the company and don't see it as a tool for controlling the business," he says.

In politics it is known as Russian President Vladimir Putin's verticalnaya vlast, or vertical power – a narrow pyramid of power where all the decision-making is concentrated in the hands of a very few people right at the top, who insist on micromanaging the process right down to the bottom. The same mentality is rife in the corporate world too.

The concentration of power and wealth in the hands of the few is made worse by the poor quality of the institutions that govern business in Russia, argues Sharonov. In a speech last year, Putin acknowledged that most of Russia's economic problems today are internal, and not caused by the global crisis. A World Bank study a few years ago found that 60-80% of Russia's productivity gap with the US was caused simply by bad management. So bringing the quality of managing up to US standards could result in the economy doubling in size without investing a cent.

To his credit, Putin has launched a comprehensive drive to do something about Russia's legendary red tape. In a series of decrees issued in 2012, the president spelt out in detail the changes that governments and regions should make. However, two years later the government admitted in June that less than half of these orders had been implemented. An ambitious privatisation programme has gone nowhere. A ban on offshore accounts and assets designed to reduce corruption in the government have not been implemented on time. And a package of rules designed to improve the transparency of state spending is only half finished. A lot of progress has been made with tax administration and connecting businesses to the electricity grid, but Russia still remains one of the worst places in the world for obtaining construction permits. All in all, the government has carried out only 121 of the 218 tasks that Putin set it.

And prospects for more reform have been hurt by the Ukraine crisis. The Kremlin's knee-jerk reaction has been to close ranks. Big state companies have been given more power as they play a more overtly political role. Putin has stamped out the nascent opposition movement, which in any case was dealt a body blow by the rise in nationalist and patriotic sentiment amongst the Russian population. "There's a basic contradiction here," says Sharonov. "If those who are trying to promote the new institutions don't believe in them, then they will fail."

Sharonov remains pragmatic in the face of these problems. The government has taken closer control over the state-owned companies, however the new companies, dealing largely with the Russian consumer, are being given increasing freedoms to work as they please. "It's better than nothing," says Sharonov wryly.

This mixed attitude to the structure of the Russian economy is also reflected in the Skolkovo MBA programme, which includes a unit that sends candidates to do internships in both federal and regional governmental bodies. "We have to be realistic," says Sharonov. "In Russia it is necessary to understand how government works and you have to be able to interact with it."

It could take a generation before the new thinking reaches the upper echelons of power. But there is hope, as Sharonov himself is the epitome of the new thinking that is needed - albeit constricted by the existing system.

The hope is that Russia's current economic difficulties will be the goad the government needs to make the changes. "We need a new perception, a new set of values in Russia that are more based in reality," says Sharonov before returning to the Moscow city chernovniki presentations.

Here there are already visible signs of change. City bureaucrats can no longer sit in their offices and dream up schemes to enrich themselves. Now they have to produce comprehensive PowerPoint presentations for their bosses. They are visibly sweating – and not just because a heatwave has briefly descended on Moscow.