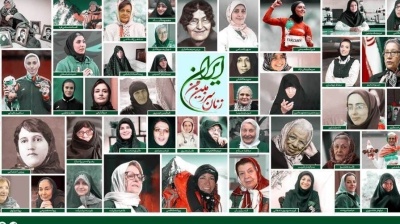 Iran has seen the closure of around 300,000 e-commerce stores that depend on social media for business as a result of the government’s throttling and disconnecting of the internet during the past month of nationwide protests, Shargh has reported.

The situation for businesses reliant on online trade has become so treacherous that some Iranian internet celebrities, famous in the country on platforms including Instagram, have reportedly departed Iran to look for alternative work. Some appear to have left because they have become unpopular with protesting Iranians for not speaking out against the authorities’ crackdown on the demonstrations.

Iran’s most famous internet food critic, Mashhad native Hamid Sepidnam, who has more than 2mn followers on Instagram, announced on his personal channel that he had left Tehran for abroad. The food blogger was chastised by thousands online, who claimed he fell quiet amid the protests while peers spoke up.

Sepidnam told bne IntelliNews that his decision to depart had “nothing to do with the current protests.” He was yet to post a statement on his “Mr Taster” food blog to explain his exit.

According to Shargh, prior to the igniting of the protests in the country of 85mn in mid-September, Iran’s volume of online sales was running at around 750 times the rate of traditional purchases. Internet sales are thought to be a source of income for 9mn Iranians.

The regime’s interference with the internet, which has often amounted to an almost total shutdown across the country, has also caused the closure of Iran’s cryptocurrency markets. It is estimated that around 12mn Iranians were trading on those markets. Millions of people have been locked out of their crypto wallets.

However, in response to growing anger among businesses and crypto traders hit by the offline market environment, the head of the independent faction in the Iranian parliament, Gholemreza Nouri Qazaljeh, ssaid: "The internet outages and filtering can be justified for today's conditions in society and given the unrest.”

He added “We hope that with the normalisation of conditions, the internet will return to its previous normal state; of course, there was not a lot of satisfaction with the previous state of the internet, because there was a low speed and limited access."

Also amid the information war that has broken out over the unrest, which has sprung to the world's attention for how it is led by protesting women, one of Iran’s best-known and admired actresses has proclaimed her support for the protests after discovering how authorities used an image of her in a large “Women of my land” billboard poster raised over Tehran without her permission.

An image of Fatemeh Motamed-Arya and dozens of other images of famous Iranian women, appeared on the billboard put up over Valiasr Square as the authorities attempted to quell the anger among citizens who back the protests.

The move has badly backfired, with Motamed-Arya and others who were not consulted about the use of their image expressing their ire.

Earlier in the week, as the anti-regime protests continued to rage in many parts of Iran, the government switched the message of the banner-poster to a nationalist slogan from a 1941 song. However, the damage was done. The move did little to reduce the anger felt by those who were surprised to find themselves featuring on the billboard. 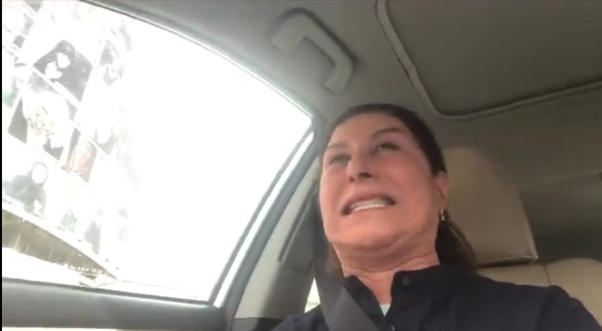 "In a country where they kill young freedom-seeking people and little girls, I'm not considered a woman," Motamed-Arya cried on camera, while not wearing a hijab, mandatory under the Islamic dress code, as she was driven past the billboard (see photo above).

Referring to Mahsa Amin—the death of whom, following her arrest by Tehran’s morality police, sparked the protests—and another victim of the security response to unrest, the actress added in a social media video: “I am a mother, I am Mahsa’s [Amini’s] mother, Sarina’s mother. I am the mom of all those children who’ve been killed in this country, not a woman among murderers!”

Following Motamed-Arya’s objections, film director Marzieh Broumand and Parvaneh Kazemi, a famous Iranian mountaineer, requested that their photos too be removed from the poster.

Broumand wrote on her Instagram: "Gentlemen, remove my photo from the wall under which you oppressed children and young people."

The Iranian cinema director, the creator of several popular films and series for children and teenagers, said that she has always been a supporter of the people protesting and would continue to be so.

Kazemi, who has climbed several peaks above 8,000 metres in the Himalayas, wrote in her Instagram story: "Shame on you that the name of our Iranian women is only used to abuse!"

She also wrote: "I am very angry to see my photo in this picture, while the image of bloodied women and men of my country is imprinted on these streets."

Human rights watchdogs say at least 200 people have been killed across Iran since the protests began.