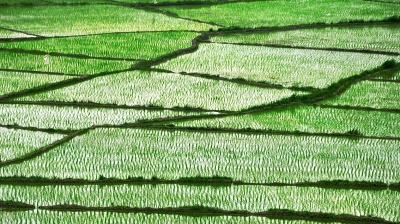 Growing rice on Iranian land other than territories bordering the Caspian Sea “is like shooting oneself in the foot”, according to a Tehran Times columnist who has warned of the peril posed to Iran by the expanded cultivation of the water-intensive crop. M.A. Saki sounded the alarm following two weeks in which street protests over water shortages have rocked parts of the country.

Despite Iran’s water scarcity, the cultivation of rice has been spreading in around 20 provinces across the country “like a pandemic”, he wrote.

Weighing up the dire situation, Saki cautioned: “The cultivation of rice, which started [in Iran] more than 20 years ago, has dried up rivers and led to the depletion of underground waters in some places. To compensate for water shortage, farmers are digging deeper and deeper wells to irrigate paddy fields.

“The massive consumption of surface waters to irrigate paddy fields or other water-intensive crops like onion or watermelon has even disrupted the ecosystem in certain areas. However, officials, especially those in the ministries of agriculture and energy, are either ignorant of the short-term and long-term consequences of this move or they are purely careless.”

Saki said it was possible that agriculture ministers have wanted to take pride in the fact that during their tenures Iranian rice production expanded. But implying that this was wrong-headed, the columnist observed: “Iran is an arid and semi-arid country, and during history Iranians had learned how to manage water resources. But now that Iran is seeing less precipitation and more droughts due to climate change farmers are being allowed to grow crops that need lots of water.”

The official IRNA news agency published a series of photographs in September last year showing that farmers were cultivating rice in the Qasr-e Qand region of Sistan-Baluchestan, which is famous as a desert province. IRNA reported that rice was cultivated twice a year in the region. 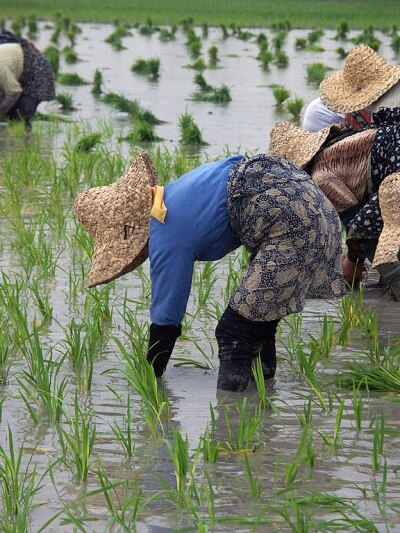 The market prices fetched by rice in comparison to other crops are so enticing that it is very difficult to convince farmers to turn to other alternative crops, said Saki. “It is so profitable that some farmers dig wells without receiving a permit from the Ministry of Energy,” he added.

As things stand, said Saki, officials appeared to have no plans to ban the cultivation of rice and other water-intensive crops.

“Probably, it is customary that officials don’t try to resolve an evolving problem before it turns into a crisis like what has happened in [southwestern] Khuzestan province,” Saki said.

Saki added: “Now, in addition to droughts and water transfer, part of the water shortage in Khuzestan province is due to the fact that farmers who live along the rivers drain waters that run into Khuzestan. These farmers who mostly live in the mountainous Zagros regions use these waters to irrigate paddy fields or other water-intensive crops.

“The excessive extraction of underground water resources and rivers may continue until a time that officials find themselves unable to even provide potable water for citizens in certain areas.”

The task of convincing farmers to stop growing rice had become urgent, said Saki, adding: “To do this, first, it is necessary to educate the farmers about the dire consequences of this model of farming and then offer profitable alternative crops. Even if this approach fails to convince farmers to turn to alternative crops, the responsible bodies should introduce penalties.”

Sadeq Ziaeian, director of Iran's National Drought Warning and Monitoring Center, this week told Iranian media that the country was facing one of its toughest rainfall seasons in 50 years.

In comments made to IRNA and carried by the Tehran Times, he noted rainfall had dropped by nearly 50% in South Khorasan province this year compared to the long-term average and by as much as 80% in southeastern Sistan and Baluchistan province.
Drought-related water deficits have also led to rolling power cuts in localities supplied by hydroelectric plants. They supply around 15% of Iran's power supply, according to energy ministry data.

Ali Mirchi, an assistant professor in Oklahoma State University's Department of Biosystems and Agricultural Engineering, was quoted by Thomson Reuters Foundation on July 28 as saying Iran's water supply was dwindling because of climate change and poor policymaking, while demand was rising, driving shortages.

"Throughout Iran as a whole, water spending has gone way up while water earnings are in decline," he said. "When you juxtapose those, it will lead to an understanding of a new normal—which is that the country is headed towards water bankruptcy."