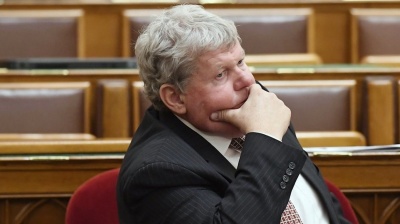 Janos Suli, the minister in charge of the Paks expansion admits delay in project
By bne IntelliNews January 28, 2019

Hungary has begun talks on rescheduling the Russian loan for the upgrade of the Paks nuclear power plant, local media reported on January 25.

Based on the Hungarian-Russian intergovernmental agreement signed in 2014, Hungary will have to start repaying the loan from 2026, the date set for the new blocks to be operational.

As the project at least two years behind schedule, Hungary will be losing money if the contract is not amended.

Russia is financing €10bn of the €12.5bn upgrade of Paks, Hungary's sole commercial nuclear power plant, which accounts for 40% of electricity production.

Speaking at a conference, Janos Suli, the minister without portfolio in charge of the project, confirmed that Hungary’s largest investment ever is in a two-year delay due to the prolonged probe by the European Commission.

In March 2017, the EC approved state aid for the construction of two nuclear reactors at Paks on the basis of commitments made by Hungary to limit distortions of competition.

Hungarian officials tend to blame the EC, but the lengthy examinations by local authorities concerning the safety of the project also contributed to delays.

The request for a final construction permit will be submitted once it can be guaranteed that it will be approved by the Hungarian authorities, Suli said at a conference on Hungary's long-term electricity supply and the role of nuclear power. Security is of the utmost importance as the new blocks would be in operation for 60 years.

Compiling the final permit, 300,000 pages of documentation, is cumbersome, he added. Suli declined to offer a specific date when this could be ready. After receiving the permits it would take at least nine to 10 years before the new blocks would start generating electricity.

He repeated the government's main arguments for the Paks expansion that it will provide cheap and secure electricity for decades to come. Two of the four existing blocks at Paks will be phased out in the 2030s, as will other ageing power plants. Without added capacities, the country would face serious supply problems in ten years.

According to grid operator Mavir, gross electricity consumption increased by 366Gwh, or 0.8% y/y to 45.4 TWh last year. The share of electricity produced locally was 68.4% and that of imports rose to 31.6% from 28.6% in 2017. This is the highest figure in ten years and among the highest in the EU, he said.

Daily electricity consumption broke records in December and January due to cold weather.

The expansion of the nuclear power plant would not stand in the way of renewable energy, but the two could secure Hungary's needs in the long run, Suli said at the conference. These are in line with the EU's energy policy goals of reducing carbon-dioxide emissions.

Hungary's long-term energy strategy running until 2030 is currently being reviewed. It is based on three pillars, nuclear, renewable and lignite, and its goal is to provide clean and affordable energy for industrial and retail users.

In a related story, a Budapest court postponed a ruling in a case pitting opposition MEP Benedek Javor and the state. Javor has requested that the government release documents and contracts for the Paks agreement. The government declined, saying it would lead to the release of sensitive business information.

Most of the documents had already been unclassified, except for one very important detail. It is still classified as a national security secret whether Hungary has to pay any compensation to Rosatom, the main constructor, in case the project is scrapped.

Hungary’s most powerful oligarch says he is just a lightning rod for attacks on Orban
ING: So what is a greenium and how do we get to it?
COMMENT: Time to end Putin's impunity

Hungary’s most powerful oligarch says he is just a lightning rod for attacks on Orban
2 hours ago
US sanctions on Russia’s OFZ local debt come into force
2 hours ago
Moscow back on lockdown as coronavirus infection rate surges again
9 hours ago
Lukashenko pushing illegal Iraqi refugees over the border into Lithuania
9 hours ago
Belarus is the “North Korea” of Europe, says US diplomat
3 days ago