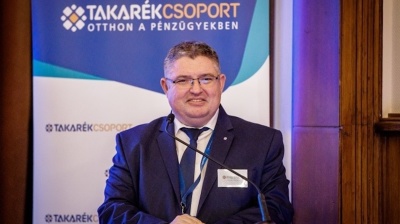 As announced earlier, Vida is making the acquisition through his trust, Abraham Goldmann Bizalmi Vagyonkezelo. TV2 did not disclose the transaction price, citing business confidentiality.

Under Vajna's leadership, Tv2 was turned into a pro-government media, loyal to the ruling Fidesz party. It used smear campaigns during the election against opponents of PM Viktor Orban. Tv2 anchors openly vowed support during a live broadcast on the eve of the elections, after which the broadcaster was fined by the media authority.

TV2's media portfolio includes 14 television channels. Vida is the chairman-CEO of Takarekbank, the "central bank" for Hungary's integrated network of savings cooperatives. He has his own investments in the financial sector, banking IT, real estate and financial consulting.

The 45-year old businessman is a new rising star of the Fidesz business elite. In 2015 he became head of saving cooperative B3 Takarekszovetkezet, which was created after the merger of ten smaller units.

The lender has established an amicable business partnership with companies of Lorinc Meszaros, the Hungarian oligarch regularly named as a proxy for the prime minister and in exchange Vida has been appointed to the leadership of various companies owned by the former mayor of Felcsut, Orban's home village.

Vida's Takarek Group with total assets close to HUF2.5 trillion (€7.7bn) is the fourth-biggest banking group in the country.

There are rumours that Takarek group is the favourite candidate to buy Budapest Bank as the government agreed with the EBRD to privatise the bank. With a possible merger with MKB, the country's fifth the largest bank, owned in majority by Orban's crony Meszaros, the new bank would become the country's second-largest lender and a rival to market leader OTP.