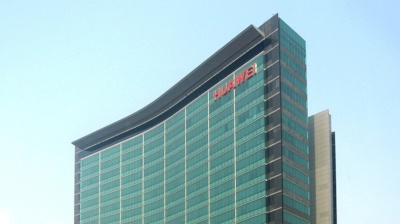 Chinese telecom equipment and software producer Huawei is calling for significant amendments to the draft 5G legislation that the Romanian government has submitted to the parliament for endorsement, HotNews.ro reported.

The bill sets guidelines for the licensing of 5G equipment and technology suppliers, hence it must be promulgated before the auction of the frequency bands allocated to such services.

The Chinese company wants the parliament’s expert committees to officially invite suppliers, telecom operators and consumer associations to the debates on the bill.

The justice ministry, the Competition Council, the Economic and Social Committee and the Legislative Council have expressed views about the bill not complying with EU recommendations, namely including technical guidelines and clearly separating critical from non-critical infrastructure assets, Huawei has argued.

On the one hand, Huawei warns against the negative impact of the 5G bill as it is — claiming it will lead to €2.56bn direct losses and €4.67bn indirect losses — and on the other suggests amendments to the bill.

At the same time, it claims that it is not a threat to security but a supplier of security, through its technologies.

Firstly, the Chinese company wants the 5G bill to refer to the EU 5G toolkit and the legislative practices of other EU member states (eg Germany and Finland) and reduce the scope (of the licensing requirements) to the sensitive area, namely to the 5G core network.

Secondly, Huawei suggests managing the cybersecurity risks by technical means, a procedure that has been fully verified in some EU member states. Germany and Finland have introduced technical standards (such as the GSMA NESAS standard) in the relevant legislation of their respective countries, Huawei argued.

Notably, both proposals made by Huawei would make the 5G bill subject to EU notification procedures, meaning the document should be first submitted to the European Commission for endorsement before the promulgation.

In related news, Hotnews.ro reported letters were sent by a variety of Chinese companies and associations, more or less related to the telecom area, asking the Romanian authorities to amend the 5G bill as advocated by Huawei.

Previously, Romania signed a memorandum of understanding (MoU) with the US under which it endorsed the so-called Prague Proposals — the cybersecurity framework that resulted from the Prague 5G security conference hosted by the Czech Republic in May 2019. The document also included three criteria Romania pledged to impose as part of the process of licensing of equipment providers to networks based on 5G technologies. The proposals did not single out specific companies to be avoided, but they could be interpreted as banning Huawei.