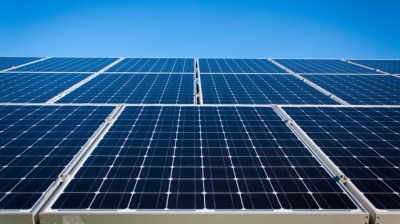 Hungary-registered BIG Energia Holdings is part of the Israeli group BIG Shopping Centers: the owner of AFI shopping malls in Romania. It aims to invest in green energy ventures and become a leading renewable energy player in Eastern Europe and the Balkans.

CEO of the company’s European operations Yossi Edelstein said that over the past year it has acquired projects amounting to 500 MW, translating to investments of €520mn in total. It is handling a total project pipeline of 1.4 GW. Construction of some of the projects is anticipated to begin in 2023.

BIG Energia Holdings will develop the wind and solar project in Bosnia in partnership with Israel's Mega Or Holdings and through a local company.

The power plant is envisaged to be built on state-owned land. It will comprise an 80 MW solar park and a 40 MW wind farm. The cost of development and construction will be approximately €108mn.

It estimates that gross revenues from sales of electricity would reach €14.6mn in the first year of operation after subtracting the fees paid to the electricity grid operator (based on a sale price of €60 per MWh). Total Ebitda is estimated at approximately €13mn annually.

The new solar project in Romania is worth €26mn and it comes on top of another wind farm planned in the country (97MW, €78mn-80mn investment).

BIG Energia Holdings has entered into a long-term land lease agreement, through a Romanian company it holds, with the aim to construct a photovoltaic plant. The development and construction cost is estimated at €26mn. The contract is for 35 years with an option for an additional term of 25 years.

The company expects gross revenues of approximately €3.5mn in the first year of operation after subtracting payments to the electricity grid, based on a sales price of €60 per MWh. Total Ebitda is estimated at €3mn annually.

The solar farm near Roşiori and Troianul in Romania’s south will have an estimated installed capacity of 40 MW.