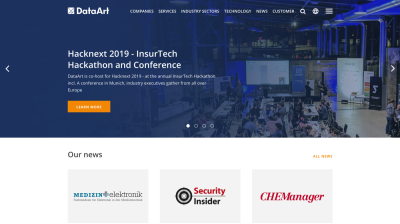 The amount of the deal was not disclosed. Alongside DEG, this venture round was backed by Da Vinci Capital – a major EBRD-backed and PE firm focusing on Russia and neighboring countries, which already provided funding to DataArt in late 2018.

Founded in 1997, DataArt is a New York City-headquartered company with roots and R&D teams in Ukraine and Russia. With 22 locations across the globe, DataArt now employs over 2,800 professionals with the majority located in Eastern Europe and operates over 400 projects annually.

It has become a major global tech consultancy that designs and develops enterprise and mobile software solutions across key industries, including finance, healthcare, travel, media, and IoT.

From Ukraine, to Argentina, to Armenia

DataArt focuses on three key markets: the US, the UK, and continental Europe, where it generated $140mn in revenues in 2018.

“DataArt’s footprint in emerging markets was pivotal to DEG‘s investment decision,” said Dr Tilman Kruse, Head of Corporates & Funds for Europe, Middle East & Central Asia at DEG. “For example, more than 1,250 IT engineers in Ukraine are currently working for DataArt. We are excited to partner with a company that capitalizes on the strength of the Ukrainian IT sector and the high-quality skills of local engineers, mitigating brain drain risks in countries like Ukraine,” he added.

DataArt has appeared on the Inc. 5000 List of America’s fastest growing private companies in every year since 2010. In 2018, the London Stock Exchange Group recognized DataArt as one of 1,000 Companies to Inspire Britain, a list that showcases some of the fastest-growing and most dynamic enterprises in the UK and Europe.

DEG is part of KfW, the German state-owned promotional bank. In 2018, DEG provided 1.9bn euros to support private investments in developing and emerging countries, which was almost 19% more than in 2017.