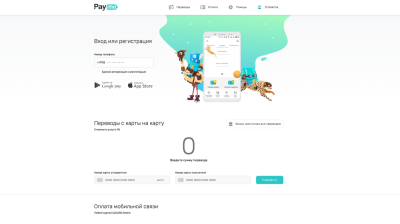 Georgia’s leading commercial bank TBC is moving into Uzbekistan with the acquisition of Payme fintech company that will increase its customer base by half. / wiki
By Ben Aris in Berlin April 16, 2019 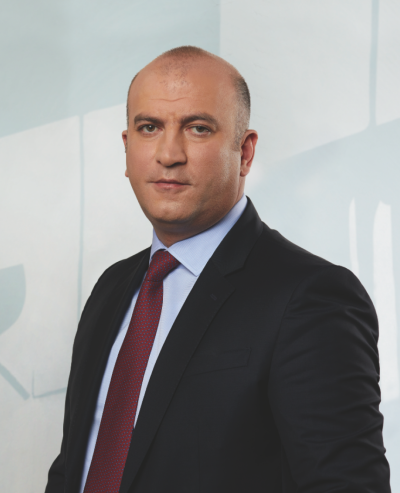 he biggest bank in Georgia TBC is moving into Uzbekistan following the acquisition of a local payment service called Payme. It is purchasing a 51% stake in the fintech company for $5.5mn, the bank announced this month.

The idea is to roll out TBC’s digital banking offering and tap into the Uzbek population, by far the largest in Central Asia, while the country rapidly opens to the rest of the world following changes that have followed the death of its former president Islam Karimov in 2016 and the appointment of his successor Shavkat Mirziyoyev.

“TBC announces that it has entered into an agreement to acquire a 51% stake in LLC Inspired, a leading payment platform in Uzbekistan trading under the Payme brand,” the bank said in its official announcement of the deal.

TBC is not moving into Uzbekistan with a traditional banking model, although there will be “smart branches” so customers have somewhere to go. The bank intends to build up its business by offering its digital banking services – a low cost option that at the same time can be rapidly rolled out.

“We are going to offer our digital offering. We are the largest financial institution in the Caucasus and differentiate ourselves through our digital offering,” Giorgi Shagidze, TBC Bank’s CFO and deputy CEO told bne IntelliNews in an exclusive interview.

TBC is looking to expand, but it is doing it in stages. After studying neighbouring markets, the bank is already expanding in Azerbaijan, where Georgian businesses are working closely, and after a year of studying the market it is now moving into Central Asia by entering the Uzbek market.

TBC is ignoring the already well-developed and very competitive Kazakh market, as Uzbekistan’s very backwardness is part of the appeal with a total retail loans to GDP ratio of 7.2% at the end of 2018.

The country has only been open to foreign investors for about two years, but with a young and fast0growing population of 32.4mn it is already easily the biggest market in the region.

“We are going with a digital, not traditional, bank and Uzbekistan is a very attractive market. It is already undergoing fast change. Every time I go to Tashkent you can see the changes. There is a lot of momentum. Lots of good things are happening,” says Shagidze.

For Georgians, the change that Uzbekistan is going through now is very familiar.

“Georgia has already been through these reforms and we know what it means. There are Georgians advising the government and we take these ideas to the business meetings too,” said Shagidze.

Banking penetration in Uzbekistan is a low but the IMF forecasts that the sector will become the largest in the region, says Shagidze.

Internet and smartphone penetration is also low but also growing fast. There are 4mn smartphone users in Uzbekistan, which is a volume already bigger than that of the entire Georgian population, says Shagidze. And the penetration of smartphones continues to expand rapidly. TBC’s partner Payme already has 1.3mn.

The acquisition is expected to increase the total number of users that the TBC Group and its subsidiaries are serving by more than 50% to 3.7mn, according to Vakhtang Butskhrikidze, CEO of TBC Bank.

While the main thrust of the strategy is a digital offering TBC will still open some 80 “smart branches” to support the growth of the business, which rely heavily on technology such as smart terminals where customers can access banking services using cards and PINs.

“The branches will look more like an Apple Store than a bank,” says Shagidze.

The business will launch in the capital Tashkent which has a population of 2.4mn but then move into the biggest cities in the regions, the legendary Silk Road cities of Samarkand, Bokhara and Khiva among others – all of which are expected to grow and flourish as the government exploits Uzbekistan’s tourist potential.

Payme
TBC’s partner in Uzbekistan is a local start up called Payme, a classic online payment app that can be used to settle utility bills, transfer money throughout the Commonwealth of Independent States (CIS) and is now offering a market place to purchase goods. Founded by three young Uzbeks, the company has been growing fast.

“Payme is a leading payment service provider in Uzbekistan that supplies high-quality payment solutions to its 1.3mn customers. It facilitates utility payments, P2P transfers, loan repayments, mPOS for QR-based payments and ecommerce purchases. It also provides a marketplace platform for loans from certain Uzbek banks,” TBC says. “Payme has grown rapidly in recent years, increasing its number of clients by around 70% during 2018, while its revenue and net income grew by 41.9% and 24.5%, respectively, year-on-year. At the end of 2018, the gross assets of Payme stood at $0.7mn, while total revenue and profit before tax for the full year 2018 amounted to $1.6mn and $0.8mn, respectively, based on Payme’s unaudited management accounts.”

Payme was founded in 2011 and TBC has agreed to buy a 51% stake with an option to buy out the remaining 49% further down the road. The founders of Payme have stayed on to run the service and participate in the development of the business.

A fintech offering, Payme is a good fit with TBC’s digital banking platform and the two companies are now looking for synergies from which the business will grow and profit.

“The timing of the investment is good but this is not an opportunistic investment for us, but a strategic one. We are in this for the long haul,” says Shagidze.

TBC already has ties with Nikoil bank in Azerbaijan, which is the Georgian bank’s other country of focus says Shagidze.

“In Azerbaijan we have partnered with a local bank where we will have an 8% stake and option to increase it to 51%. Through this partnership, working with local management, we are also developing our digital strategy, built on our strong digital capabilities,” says Shagidze. “International financial institutions (IFIs) like the IFC and European Bank for Reconstruction and Development (EBRD) have expressed an interest in becoming partners in our Uzbek green field bank project.”

The Uzbek market should follow the Azerbaijani one in development and growth as the government puts the necessary reforms into place. The currency controls on exchange have already been removed and the state has liberalised the laws covering foreign ownership of bank shares. Major tax reforms also kicked in in January that make doing businesses easier and more reforms are on the way.

“We have been down this road already ourselves and we know what to expect,” says Shagidze.

EBRD 2022: President says it is supporting wartime commerce in Ukraine and planning for the future