Gazprom slashes investment for second year in a row 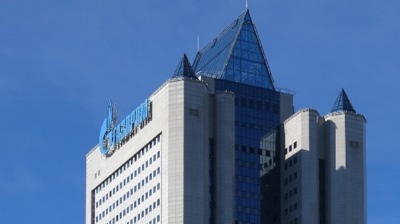 The management committee of Russia's Gazprom has approved a 16.5% cut in investments next year, marking the second annual reduction in a row, the state gas exporter reported on December 12.

Gazprom's 2020 capital expenditure plan is set at RUB1.1 trillion ($18bn), pending approval by the company’s board of directors, down from a projected spend of RUB1.32 trillion for this year and a record RUB1.8 trillion in 2018.

Gazprom has gained notoriety for its high levels of spending in recent years, with the bulk of investment going towards the development of its three major export projects: Power of Siberia, Turkish Stream (aka TurkStream) and Nord Stream 2. Work on these projects is now winding down, freeing up some capital.

The $55bn Power of Siberia pipeline began pumping gas to China earlier this month, while the $8bn TurkStream to Turkey is targeted for launch in January. However, there may be some delays to Turkish Stream as Russian President Vladimir Putin claimed at the start of December Bulgaria is under "international pressure" to delay pipeline project, while section via neighbouring Serbia is nearly finished.

The $11bn Nord Stream 2 is also nearing completion, but is not expected to start up until mid-2020 because of earlier permitting delays in Denmark.

Shareholders still risk seeing their returns shrink, however, as Gazprom struggles to defend its market share in Europe from soaring LNG imports.

The company’s 2020 investment programme comprises RUB933bn in capital investments, RUB90bn in acquisition spending and RUB81.3bn on long-term financial investments. It plans to borrow RUB558bn during the year.