From Russia to Ireland: Uralchem’s long fight for its investments 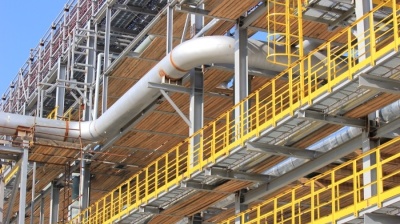 Russian chemical companies Uralchem and Togliattiazot ammonia plant have been embroiled in a corporate dispute that has been running for more than a decade / wiki
By bne IntelliNews November 14, 2019

Leading Russian fertiliser producer Uralchem got itself into a nasty corporate conflict involving one of Russia’s largest chemical plants. The dispute between the company and the former management of Togliattiazot ammonia plant has ended in an acrimonious legal battle as minority investors scramble to recover billions of rubles they claim has been stolen.

The saga has been running for over a decade. Most recently, three beneficial owners and former CEO of Togliattiazot (TOAZ), the largest ammonia producer in Russia, as well as CEO of TOAZ’s exclusive trader, Nitrochem Distribution AG (Nitrochem), have launched appeals against a conviction for fraud passed down in July 2019.

In the appeal, the Samara regional court is considering the conviction of the father and son team Vladimir and Sergey Makhlai who own TOAZ, its former director general Evgeny Korolev, the co-owner of TOAZ and owner of the Swiss company Ameropa AG, Andreas Zivy, as well as the director of Nitrochem (Ameropa’s subsidiary), Beat Ruprecht.

All of the defendants have long since fled Russia. Most of them now live in self-imposed exile, while they continue to battle their conviction in international courts in Ireland and Cyprus.

It's a familiar story to Russia-watchers with its roots in the classic cash between trying to build a business and stripping a company of its bankable assets. The conflict dates back to 2008 when Uralchem, one of Russia’s largest chemical producers and which was then planning an IPO, acquired a 7.5% stake in TOAZ from Viktor Vekselberg’s Renova group. Later that year Uralchem increased its stake by another 2.47%. The company closed the deal, paying at the full valuation rate of the shares at that time, according to Uralchem, and other major Russian companies were competing to acquire the TOAZ stake. This was years before Vekselberg appeared on the US sanctions list and he was still a respectable businessmen.

At the time of the deal TOAZ was profitable and paying handsome dividends. With the deal, Uralchem hoped to boost its valuation ahead of its own IPO. And it looked like a good investment; in 2006, TOAZ was paying dividend of RUB25 per share, rising to RUB30 per share in 2007.

Yet things changed dramatically after Uralchem bought into the company in 2008. Despite no obvious change in market conditions, dividend payments plunged to only RUB5 per share, falling to nothing at all in 2008, according to Uralchem.

Put out by this change in fortune, Uralchem requested to review the company’s financial and corporate documents, to explain the drying up of dividend payments and better appraise the health of TOAZ.

Yet despite these repeated requests, the TOAZ management refused to hand over the information over following years.  As a result, the Federal Financial Markets Service prosecuted TOAZ more than twenty times for non-submission of documents, resulting in fines totalling RUB11.5mn, according to Uralchem.

Fed up with the lack of return, Uralchem attempted to unload the stock in 2011 and Uralchem offered its stake to Belport Investments Limited. But yet again the TOAZ management’s failure to provide information on the majority shareholders resulted in the collapse of the deal, and cost Uralchem $1mn in penalties, according to the company.

Next, Uralchem complained to the Russian financial markets regulator (FSFR). The regulator found TOAZ in violation of its obligations to provide shareholders with information. The court upheld the decision, despite TOAZ’s later challenge in the Commercial Court, but TOAZ continued to ignore the ruling.

In 2011, having failed to find an administrative and regulatory way to access documents and information, Uralchem filed a criminal complaint against the TOAZ leadership on the infringement of its shareholder rights.

It was the during the investigation into these allegations that more details on the opaque nature of the Makhlais’ business structures came to light that explained the sharp drop in dividend and refusal to abide by the law.

A network of companies, including Swiss trader Nitrochem Distribution AG, had long been involved in the syphoning of resources from TOAZ, which the prosecuting team alleged was as part of a large-scale fraud.

An intensive seven-year investigation ensued. And in July 2019 the Komsomolsky District Court of Togliatti, found the Makhlais and three others guilty of fraud through deceiving shareholders, concealing company information, and bypassing corporate procedure to sell products at a reduced price to its affiliate Nitrochem Distribution AG. The court appointed experts estimated a total of the RUB84bn ($1.4bn) had been siphoned out of TOAZ.

The scale of the alleged fraud caught the eye of tax authorities. Alongside the criminal proceedings, they opened a tax audit of TOAZ, concluding that the company had understated its tax liabilities by total of RUB3.5bn ($54.6m). As the most significant minority shareholder, Uralchem filed a civil lawsuit. A court order was issued, demanding that the Makhlais and their associates return RUB77.3bn to TOAZ and RUB10bn to Uralchem ($1.2bn and $160m respectively at today’s exchange rate).

As the investigations proceeded more and more details came out. Starting in 2005, TOAZ had begun selling assets at prices significantly below market level. An ammonia production unit worth RUB2.4bn ($38m) was sold for just RUB100mn ($1.5m). TOAZ also sold a methanol production facility valued at RUB13.5bn for a paltry RUB132.5mn ($2.1m). Both facilities were sold to Tomet LLC, a firm that that the court confirmed had affiliation with the Makhlais.

On top of this, TOAZ, Nitrochem Distribution AG and group of offshore entities involved into the scheme had settlement accounts in foreign currency with Tolyattihimbank. Sergei Makhlai himself owns 100% of the bank.

With a string of decisions from Russian courts and regulators stacking up against them, Sergey Makhlai and his associates have taken the fight overseas.

In 2016, four offshore companies filed a lawsuit against Uralchem’s Chairman Dmitry Mazepin, alongside several other individuals and companies. The plaintiffs accuse Uralchem and the individuals of conspiring to inflict “catastrophic losses” on the plaintiffs, steal their shares and seize TOAZ for themselves.

This lawsuit was predated by a 2010 Irish lawsuit and another filed in Cyprus. Delays and a failure to produce evidence on the part of the former TOAZ management saw both these cases abandoned. The most recent Irish case is currently awaiting a judgement on whether the Irish Courts have jurisdiction.

“Pay-for-play” attacks, notoriously common in the Russian press, have been exploited against Uralchem in the conflict. “Pop-up” think tanks no-one has heard of have produced research damning the company’s financial standing. “In those publications disseminated in some Russian and foreign language media, Uralchem is falsely accused of tax evasion, obtaining loans from state banks to siphon funds abroad, and illegal appropriation of mineral resources”, according to Uralchem’s official statement. Attacks have been levelled at not just the company and the individuals, but the various investigative and judicial authorities involved.

The convictions passed down by the Russian courts have so far failed to touch him. Like so many powerful Russian businessmen before him, Makhlai has escaped appearing in Russian court by fleeing to London, where he enjoys a comfortable life in “Londongrad”, safely embedded in the Russian émigré community, according to reports.

Vladimir’s son, Sergei, formally took over running the company after his father jumped ship. Yet he also fled Russia in 2014 in the face of looming criminal charges. According to reports he now lives in the US but has kept a much lower profile than his gregarious father.

Despite their absence from the country, the Russian legal system has continued to grind on in their respective cases. July this year saw both Makhlais, and three close associates, handed prison sentences of between eight and a half and nine years in absentia. They were also fined around $1.85bn in damages. As an interim measure, TOAZ’s assets have been frozen by the Russian courts.

The illegal withdrawal of working capital from TOAZ continues to have severe impacts on the company. The main production facility, while operational, is starved of investment, creating a growing economic and environmental risk to the region.

Minority shareholders appear confident that, if the stolen funds can be recovered, TOAZ can be restored to good working order and a sound financial footing. But the delays in the process and the damage done by the company’s former leadership may take years to rectify.

Azerbaijani IDPs are eager to return home. But they are uncertain about how their new lives are going to look.

Encounter is “huge” says analyst. However, hopes for a breakthrough in resolving Armenia-Azerbaijan conflict are low.