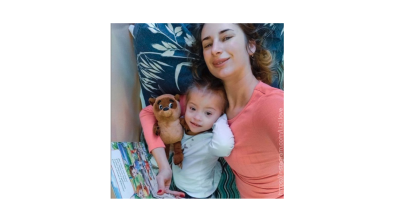 Russia continues missiles attacks against civilian targets. The four year old Lisa was amongst the dead in a rocket attack on July 14 in Vinnytsia. Her mother Iryna was taken to hospital in critical condition after losing a foot.
By bne IntelliNews July 15, 2022

At least 20 civilians were killed in a Russian strike on Vinnytsia in central Ukraine on July 14.

“What is this, if not an open act of terrorism?" Ukrainian President Zelenskiy said in response to the attack.

Strikes continue in many areas across the country, but the Donetsk region is the hardest-hit. In Chasov Yar, residents were trapped under rubble after a rocket hit an apartment building, killing at least 48. Several volunteers were killed in a shelling of a humanitarian centre in the Shakhtyorsk district.

“The entire front line is under relentless shelling,” head of the Donetsk military administration Pavlo Kyrylenko reported. The city of Sloviansk, believed to be Russia’s next target, is “shelled day and night,” Kyrylenko said.

In support of Ukraine, the US pledged an additional $400mn in military aid, including new artillery ammunition and four more High Mobility Artillery Rocket Systems (HARMS). “This is a steady drumbeat now, and it is a long-term commitment to Ukraine,” a senior official for the US Department of Defense said.

Meanwhile, Russia continues to struggle with military recruitment. Hundreds of conscientious objectors have refused deployment or resigned, some assisted by lawyers.

The Free Buryatia Foundation, representing soldiers from the Buryatia Republic in Siberia, has helped more than 500 soldiers refuse military service.

In order to boost manpower, prisoners in a number of Russian cities are now being recruited to fight or work in occupied Ukrainian territories. 300 prisoners in the Adygea Republic have allegedly agreed to join the Russian Armed Forces. According to Meduza, a mercenary regiment has been formed in Moscow.

The group is called the “Sobyanin regiment” after Moscow’s mayor, and participants were promised RUB200,000 ($3,432) per month. Additionally, 134,500 men aged 18-27 are expected to be drafted in this year’s conscription, which ends on July 15. Although President Putin initially denied that conscripts were taking part in the war, there has since been widespread evidence to the contrary.