FINTECH: Blockchain to get its own global business council 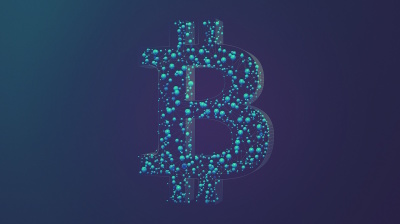 The potential for applying blockchain, the underlying technology that powers cryptocurrencies like bitcoin, to all walks of life is only just starting to be realised. As with any new technology, the role of the business sector will be key to maximizing its potential and benefits. As such, The Bitfury Group, a global full-service blockchain technology company, announced that, in collaboration with international law firm Covington, it will launch the first ever Global Blockchain Business Council (GBBC) on the margins of the World Economic Forum’s annual meeting in Davos, Switzerland in January.

The idea for the GBBC came out of the Blockchain Summit held on Sir Richard Branson’s Necker Island in the British Virgin Islands in June last year. There, business leaders and innovators learned how blockchain – a type of distributed ledger – has applications far beyond the development of cryptocurrencies like bitcoin. Blockchain technology offers a way for people who do not know or trust each other to transfer nearly any asset using the same process, creating a record of ownership that compels the consent of everyone concerned. No central authority or potentially malicious third party can tamper with it. Everything from government land registries, to stock markets to financial services are interested in applying this technology to limit fraud and corruption, improve efficiency and maximize economic benefits to a broader section of society.

At the Blockchain Summit, the renowned economist Hernando de Soto presented his plan to help citizens title their property, such as land and automobiles, through blockchain. If such systems were introduced worldwide, de Soto predicts they would help bring $20 trillion of what he calls “dead capital” into the world economy and lift millions out of poverty. Already there have been some first steps: in October, the Crown Prince of Dubai announced a project that would see all government documents secured on a blockchain by 2020.

However, realising such a monumental task will not be easy, so it will fall to organisations like the GBBC to bring together the world’s leading businesses and business leaders to highlight the latest innovations and advances in what remains a poorly understood technology, while also serving as a resource centre and providing a forum for education, collaboration and partnerships in the blockchain space.

“We need an authoritative body that will focus on highlighting the latest innovations in blockchain technology and educating businesses on how they can adopt it,” Mercina Tillemann-Dick, executive director of the GBBC, tells bne IntelliNews, adding that this will be the first body in the blockchain ecosystem aimed at achieving such aims. “There is a false perception that blockchain technology is too complicated. The GBBC will help business leaders around the world see for themselves just how easy – and important – it is to use.”

“Blockchain has the potential to be the next great technological innovation, revolutionizing areas from cross-border payments, trade finance and land registries to government records,” says Sebastian Vos, co-chair of Covington’s global public policy and government affairs practice. “Through advocacy and international engagement, Covington looks forward to working with the Global Blockchain Business Council to unlock the potential of Blockchain technology.”

After the launch at Davos, the next steps will be to draw in other partners to help the GBBC fulfil its mission, as well as decide where the council will be based. “We have had a lot of interest and we think Bitfury is uniquely positioned to bring together the best players in this space to facilitate increased understanding and collaboration,” says Tillemann-Dick. “Because the GBBC is so young, we haven’t officially signed on more members, but we are looking forward to identifying additional strategic partners and building a strong coalition.”

Alongside that effort, the GBBC will start holding its first meetings in a few different key cities around the world, which will bring together businesses to learn more about how to adopt blockchain technology.

NEO: Why copper mining must clean up its act
Kazakhstan: What next for restive mining village?
The birth of a Kazakh banking empire: ATF Bank

NEO: Why copper mining must clean up its act
14 minutes ago
The birth of a Kazakh banking empire: ATF Bank
17 hours ago
CEPR's action plan for Ukraine's wartime economy
1 day ago
Missiles or sabotage: What caused the explosion at the Russian airbase in Crimea?
4 days ago
Population decline to take Emerging Europe back to the early 20th century
4 days ago