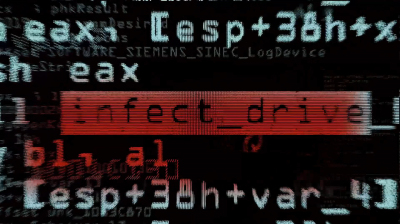 Cyber-warfare has long moved beyond simple informational distortions, hacks, leaks, black market and financial crimes, with known acts of cyber-interference ranging from compromising internet infrastructure to bringing down power grids. 2016, the year of unprecedented political turmoil, ended with the outgoing US President Barack Obama expelling 35 Russian diplomats over unprecedented allegations of meddling in the presidential election.

“Zero Days” takes a step back to examine where it all began. The gripping detective tells a story of Stuxnet, a self-replicating computer malware programme allegedly unleashed in 2010 by the American and Israeli intelligence services to destroy an Iranian uranium enrichment facility in Natanz, ultimately spreading beyond its intended target and opening the Pandora’s box of global cyber-warfare.

“The impact [of cyber-weapons] can be devastating: imagine planes crashing because dispatching systems are compromised, hospitals blacking out, internet stopped,” Yossi Melman, a security and intelligence affairs writer and journalist, tells bne IntelliNews over the phone. Together with the New York Times national security correspondent David Sanger, Melman comprised the core of the research team helping Gibney to weave the impressive and compelling tale that is “Zero Days”.

The name of the documentary comes from the phrase “zero day”, which is a cybersecurity exploit that nobody knows about except the attacker – a critical element for any malicious software that can sell for hundreds of thousands of dollars on the black market. Many such exploits were also employed by Stuxnet, the most sophisticated piece of malware seen at the time and the first known case of cyber-realm activity affecting critical physical infrastructure.

The complexity of the Stuxnet code, shortly after its discovery by an anti-virus specialist in Belarus, has led the data-security community to believe that it required the resouces of several nation states. Although the exact origins of the code are still highly classified, Stuxnet is the first known case of a nation state attacking another with a cyber-weapon, being a complex cross-agency operation between the US’ CIA, NSA and Cyber Command, British special forces, Israeli Mossad and the infamous Israeli 8200 technical unit.

After premiering in the main competition of the Berlin Film Festival, perhaps the biggest stage that a documentary can get, “Zero Days” screened at the Masters selection of the prestigious IDFA festival in Amsterdam.

Such a celebrated expose master as Alex Gibney enjoys the resources and access that few other contemporary documentarians can match, as he has made a prolific career out of fearless unmasking of corruption and power abuse, with films such as “Enron: The Smartest Guy in the Room”, “Taxi to the Dark Side”, and “Going Clear: Scientology and the Prison of Belief”, to name a few.

Backed by Hollywood heavyweight on a mission for social change, executive vice president of documentary films at Participant Media Diane Weyermann (producer of the Oscar winning “Citizenfour” and “An Inconvenient Truth”), Gibney is again far ahead of the journalist coverage curve by delivering the most comprehensive account to date of a clandestine cyber-mission, boasting testimonies from such military brass as former director of the NSA and CIA Michael Hayden and former commander of Israeli Defence Intelligence Amos Yadlin.

The documentary’s unnamed NSA sources (grouped, rather predictably, into a single ‘digital’  character) claim that the overly hawkish Israeli side of the operation made the Stuxnet code recklessly aggressive, eventually hurting the secrecy of the programme.

“It did not surprise me to see [in the film] that even with the most dangerous of weapons, ultimately it’s just stupid ego games,” an Israeli coder called Oded, who gave up the usual lucrative path from technical army service to start-up universe for experiments with digital arts, tells bne IntelliNews over the phone. “The data security community is all about ego.”

The clashing agendas of the US and Israel in the cyberattack on Iran shed some more light on the deep rift that opened up between the Obama and Netanyahu administrations, which recently culminated in the US abstaining on the vote on UN Security Council Resolution 2334, which states that Israel’s settlement activity constitutes a violation of international law.

The film kicks off with a montage of dozen of its interviewees, from ex-CIA officers to high-level counterterrorism experts, refusing to admit, on the record, that Stuxnet was indeed a joint US and Israeli operation, cleverly setting the narrative vector of the film as investigative detective story piercing the impenetrable veil of denial and secrecy. Gibney juxtaposes this secrecy with the destructive potential of cyber-weapons to underscore the urgency of transparency and regulation, drawing parallels with nuclear, biological and chemical weapon treaties.

“Cyber-warfare is ridiculously over-classified,” ex-head of the NSA and CIA Michael Hayden says in the film. “But people always talk, for different reasons,” remarks Yossi Melman, who has been covering the Israeli intelligence community for decades, “and then you go and try to build a puzzle out of these bits and pieces”.

And “Zero Days” indeed constructs an intriguing puzzle, having all the right ingredients for a thrilling and captivating geopolitical detective story: spies, assassinations, covert operations, an imminent and ever-present danger of cyber-terror, clash of nations and decision-making at the highest echelons of global power.

While at times the technical details drag on the pace of the film and the narrative takes long detours from its main subject, “Zero Days” is another must-see Gibney expose on a pressing contemporary global issue.

COMMENT: The new Cold War will be different, and not only because of China
20 minutes ago
PANNIER: Uzbeks, Kyrgyz cooperating to level unthinkable 10 years ago
6 days ago
PANNIER: A very Turkmen coup
10 days ago
OPINION: Bulgaria sets itself a tough task with Burgas-Alexandroupolis pipeline revival
14 days ago
NEMETHY: Is Ukraine War the beginning of World War III?
14 days ago