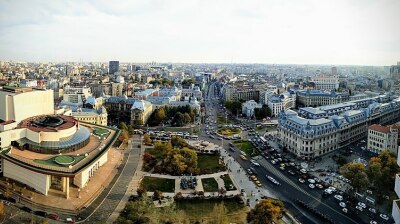 As a share of the full-year projected GDP, the public deficit reached 1.8% in the first four months this year, down from over 2.5% in the same period last year.

The faster than expected economic recovery this year will ease the massive budgetary tensions and allows the government more freedom in terms of debt management, expenditure allocation and perhaps slightly steeper fiscal consolidation.

in January-April this year one-off expenditures related to the crisis were RON8.1bn (0.7% of GDP). Specifically, these extraordinary expenditures included RON3.2bn supplementary investments (compared to the same period last year) while the COVID-19-related expenditures were RON4.9bn.

Under these circumstances, the full-year target remains feasible, and this is not surprising, since the government drafted the budget under more pessimistic assumptions compared to the outlook that improved significantly more recently.

The budget planning for this year includes austerity measures, such as freezing the wages in the public sector and all the social benefits, decided at a time when the year’s 4.3% GDP growth was not expected to offset the economic decline from 2020. The International Monetary Fund has since revised its forecast to +6%.

Under the new circumstances, the budget revision in July might bring significant changes: either a tighter deficit target or more public investments (depending on the administrative capacity).

Direct comparisons with past years are, however, complicated by the large volume of tax payments deferred by companies starting March 2020. Thus, the property tax collection nearly doubled this year (+97% y/y to RON4.5bn). Even more difficult is running a direct comparison in the case of the VAT. The authorities stated that the tax refunds in January-April this year remained at the same level as last year - meaning that the robust +41.3% y/y (+RON6.6bn) increase in the net VAT collections was generated by supplementary (gross) VAT payment.

However, part of this was VAT deferred from last year (which, inherently, weakened the comparison base), therefore the (41.3%) advance is not necessarily impressive.

In the meantime, the general government expenditures increased by roughly 11% in January-April (to RON139.1bn or €28.4bn).

An advisor to Ukrainian President Volodymyr Zelenskiy, Serhiy Shefir, was unharmed in an assassination attempt on the 22 September outside Kyiv. His driver, however, was struck by three bullets and hospitalised in a critical condition.

A very public war of words is raging between the current and former leaders of Albania’s main opposition party, the centre-right Democratic Party.