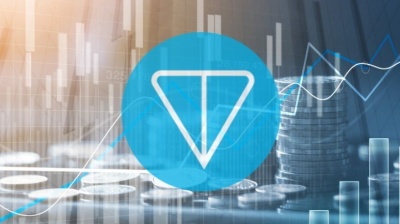 Toncoin has been completed by an open community of developers alongside a huge blockchain project. It is now the most traded coin on Eastern Europe's biggest exchange. / Photo: TON.
By Theo Normanton in Moscow November 18, 2021

The fledgling cryptocurrency Toncoin, originally the brainchild of Russia’s social media tycoons the Durov brothers, has risen to a staggering $20bn implied capitalisation after an open community took over and completed the development process.

It is not unheard of for cryptocurrencies to appreciate in value at such a rate. Squid, a cryptocurrency aimed at fans of the hugely popular South Korean Netflix series Squid Game, shot up by more than 400 times in the week of its launch, but subsequently came crashing down, and now rarely trades at prices higher than 20 cents.

Yet Toncoin stands out for its intriguing history. It started life as Gram – a project created by the Durov brothers, founders of Russian social networking giants VKontakte and Telegram. When its initial coin offering (ICO) was blocked by the US Securities and Exchange Commission (SEC) in 2019, the brothers abandoned the project and investors lost a cool $1.7bn. Instead, the developers handed the project over to a community of crypto enthusiasts, who renamed it Toncoin in honour of Telegram (TON stands for Telegram Open Network).

The token benefitted from Telegram’s status as the platform of choice for crypto advertisements. Most new cryptocurrencies begin drumming up support via Telegram, since Facebook and Twitter have restrictions on such publicity. The Bell reports that advertisement of Toncoin on the platform began just a day after its Telegram channels were first created. One such channel, the TON Community RUS, now has over 73,000 members.

Until 4th November, Toncoin consistently traded at around $1. Now it has shot up to around $3.80, making it the most traded token on Eastern Europe’s biggest exchange, Exmo. If it were to release all of its 5bn coins, the currency would currently be worth upwards of $20bn. In addition to its association with Telegram, part of Toncoin’s appeal lies in the unlikely story of a community of enthusiastic developers carrying the mammoth project to completion without pay. It is likely that many of those developers are not amateurs, but members of the original Gram project, who felt that it deserved to be completed. Winners of development contests hosted by The Open Network (TON) also participated in the project’s completion.

Toncoin is associated with a much larger and more ambitious blockchain project. This parent project is not yet complete, but it aspires to become a ‘blockchain of blockchains’, allowing decentralised networks and the internet to exchange data without compromising the user’s personal data. According to its website, TON is being built with the aim of “scaling it up to admit more transactions and users”, so that it can eventually become a Web3.0 internet, the latest generation of online services.

Developers will no doubt take the success of Toncoin as a sign of popular support for their blockchain ecosystem, which takes Telegram’s mantra of maintaining online privacy to its logical conclusion by adding decentralised networks and financial transactions to the equation. One thing, however, seems clear: The Open Network is still a long way from completion. TON’s workchain and storage system are still only 50% ready, and then there is the question of attracting users.

Meanwhile, Toncoin’s newfound success is as vulnerable to collapse as any other cryptocurrency, including the ill-fated Squid. And the Durov brothers could tell the current developers a story or two about the bureaucratic hurdles which such a project can collide with at any moment. TON’s backstory is compelling, but it will take more than just an endearing underdog tale to launch this titanic project.

Kazakhstan: Sanctions likely behind fresh delay at new Baikonur launchpad
1 day ago
EWDN: How Russian game developers are being hit by the shockwave of war
2 days ago
Disney+ comes online in Turkey
3 days ago
Romanian crowdfunding platform SeedBlink helps Bulgarian startup Agriniser raise funds
9 days ago
Investments into Serbian startups soared more than 600% in 2021
9 days ago