EU prepares first round of sanctions against Macedonia 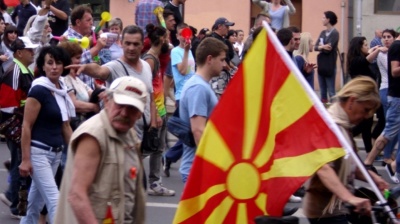 By Valentina Dimitrievska in Skopje July 3, 2016

The European Commission has reportedly prepared a first round of sanctions against Macedonia due to the unresolved political crisis in the country.

The crisis, which started in 2015 when wiretapped conversations incriminating top politicians were leaked, deepened in April when President Gjorge Ivanov issued a blanket pardon for 56 people, including top politicians. The decision was later revoked, but sparked mass protests in the country. So far, there has been little progress in resolving the crisis.

The Commission has decided to cut the EU pre-accession IPA 2 funds allocated for Macedonia for 2016 by over €27mn, broadcaster 24vesti reported, citing Commission spokesperson Maja Kocijancic.

The decision was attributed to the fact that the Macedonian authorities have shown no willingness to fulfill their reform priorities or the 2015 Przino agreement. The poor management of projects for which the funds were intended was also cited.

The funds were aimed at the sectors of transport, justice and the management of public finance.

The Commission sent the notice for the first wave of sanctions to the government on June 22, Alsat M said on July 1, adding that the Commission also plans to stop the disbursement of an additional €50mn allocated for Macedonia from IPA 2 funds.

Government sources were quoted by 24vesti as saying this is not a sanction, but the EU has just lowered the planned funds. Government officials also blamed the opposition for blocking the work of institutions.

On July 1, the European Union ambassador in Macedonia, Aivo Orav, urged Macedonian political parties to re-launch negotiations and implement the Przino agreement, aiming to find a solution to the political deadlock in the country as soon as possible.

“We believe that it is in the interest of this country and its Euro-Atlantic path that the main political parties agree a common way forward out of the crisis in a matter of days rather than weeks or months,” Orav said in a statement.

The Przino agreement was concluded in 2015 following wiretapping scandal, but implementation has been very slow.

Meanwhile, the International Monetary Fund (IMF) is also withdrawing its resident representative for Macedonia, Patrick Gitton, whose mandate expired in August, due to the absence of an IMF programme with the country, business daily Kapital reported on July 1.

The US also seems to be taking action against certain politicians allegedly involved in corruption by denying them visas, Alsat M reported.

Macedonia has been waiting to start EU negotiations since it became an EU candidate country in 2005.

The European Commission recommended opening negotiations on EU membership with Macedonia in 2009, but the launch of talks has been postponed since then, mainly due to the conflict with Greece, which objects to the use of the name “Macedonia” as it is shared by a Greek province.

Local media reported in April that European Union officials are considering the possibility of freezing Macedonia’s bid to launch EU membership talks, in an attempt to increase pressure on the country’s government to end the political deadlock.