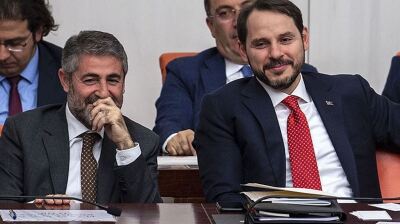 A day that started with Turkey’s central bank officially announcing interventions on the FX market in a bid to put a brake on the collapsing Turkish lira ended with finance minister Lutfi Elvan submitting his resignation to President Recep Tayyip Erdogan.

A statement printed in the Official Gazette announced that Erdogan had accepted the resignation of Elvan—appointed in November 2020 after Erdogan’s son-in-law Berat Albayrak resigned from the post of finance minister via Instagram after coming under fire for the “back door” burning up of Turkey’s FX reserves—and had appointed deputy finance minister Nurettin Nebati in his place.

On November 26, bne IntelliNews noted: “Nebati is a new character on the scene in the Erdogan administration, seeking to build a career with his commitment to cutting rates.”

Another thing to know about Nebati is that he is a close associate of Albayrak. Thus, Albayrak, who burnt through around $140bn of reserves in his doomed back door bid to breathe new life into the lira, sees his man ascend to the helm of the finance ministry and treasury on the first day of the new policy of selling reserves through the front door.

Late on December 1, BloombergHT said it had obtained information that the central bank burnt through $700mn on the first day of its open and direct intervention, including around $500mn at noon and $200mn in the afternoon.

Add $340mn of USD future contracts shorted on the day at the VIOP by the central bank, and the total intervention so far amounts to in excess of $1bn.

However, note that the VIOP contracts are Turkish lira-settled (No FX payment at maturity) and the VIOP does not have a significant impact on the spot market.