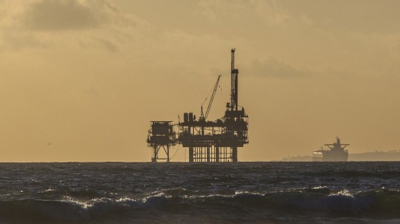 Montenegro’s government has decided to award a concession for oil and gas exploration to a consortium between Italy’s Eni and Russia’s Novatek, economy minister Vladimir Kavaric told reporters in Podgorica after a government session on February 4.

Along with Albania and Croatia, Montenegro hopes to develop its offshore hydrocarbons resources, which will both attract investment and boost energy security. However, low oil prices have caused some existing investors in the region to put drilling plans on hold.

The Eni-Novatek consortium outbid the two other consortia - a tie up between US firm Marathon Oil and Austria’s OMV, and the second bidder comprising Greece’s Energean Oil  & Gas and UK-based Mediterranean Oil Gas. The tender was closed in May, 2014, but the government only started negotiations with the bidders in February last year.

“Under the contract, the companies will be obliged to [drill] thee mandatory and one servicing boreholes. This is a working programme that will cost €85mn in the first phase and another €12mn in the second,” Kavaric said.

He added that the consortium should start work this year, although the deal still has to be approved by Montenegro’s parliament. The concession will be granted for 30 years.

Montenegro plans to award concession contracts for production of hydrocarbons at 13 offshore blocks with a total area of 3,191 square kilometres. Marathon Oil and OMV have submitted bids for five blocks, Eni and Novatek for four blocks and Energean Oil & Gas and Mediterranean Oil&Gas for three.

In 2013, Novatek and Eni agreed to cooperate on the exploration and development of natural gas on the Mediterranean shelf of Montenegro, Libya and Cyprus. According to reports from broadcaster RTCG at the time, Novatek’s experts do not expect to find big gas reserves in Montenegro but consider its location in the south Adriatic to be strategic and interesting as it is close to southern European markets.

Eni has already won another drilling licence in the Balkans. In July last year, a consortium of Eni and Medoilgas was issued one license in Croatia in the country’s first licensing round for offshore hydrocarbon exploration.

The Mariupol siege is over as the last Azov defenders surrender
4 minutes ago
Kyrgyzstan: Eccentric health minister fights for his job amid claims of corruption and bullying
14 hours ago
Azov commanders have remained behind in the Mariupol steelworks to continue the fight
15 hours ago
Russia hopes Chinese carmakers will help revive Moskvitch brand
15 hours ago
Russia may leave the WTO and WHO. In practice, it never really joined
15 hours ago