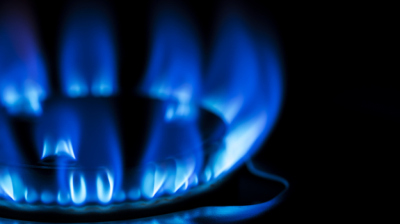 This year's energy crisis has been very painful but next year Europe could face a shortfall of some 40 bcm of gas that will be even harder to cover and could lead to an even more severe energy crisis. / bne IntelliNews
By Ben Aris in Berlin October 22, 2022

Gas prices in Europe have been tumbling thanks to a combination of gas tanks 93% full, mild weather in October, a significant reduction in consumption and an economic slowdown in China. But that won’t last once the cold weather arrives and experts say that with Nord Stream pipelines permanently out of action, Europe could face an even more severe energy crisis than this year.

The front-month contract at the Dutch TTF gas hub dipped to close to €113 per MWh ($1,200 per 1,000 cubic metres) on October 18, representing its lowest level since June, as a result of warmer than usual weather, and ample LNG supply.

“European gas prices – both TTF & NBP – have collapsed right into the start of the winter season, down from its peak of €338/MWh post Nord Stream 1 sabotage news to now €63/MWh,” the founder and CIO of Swiss investment company Burggraben Holding AG said in a tweet. “Mind you, though, TTF was €13/MWh two years prior – up still 370%.” 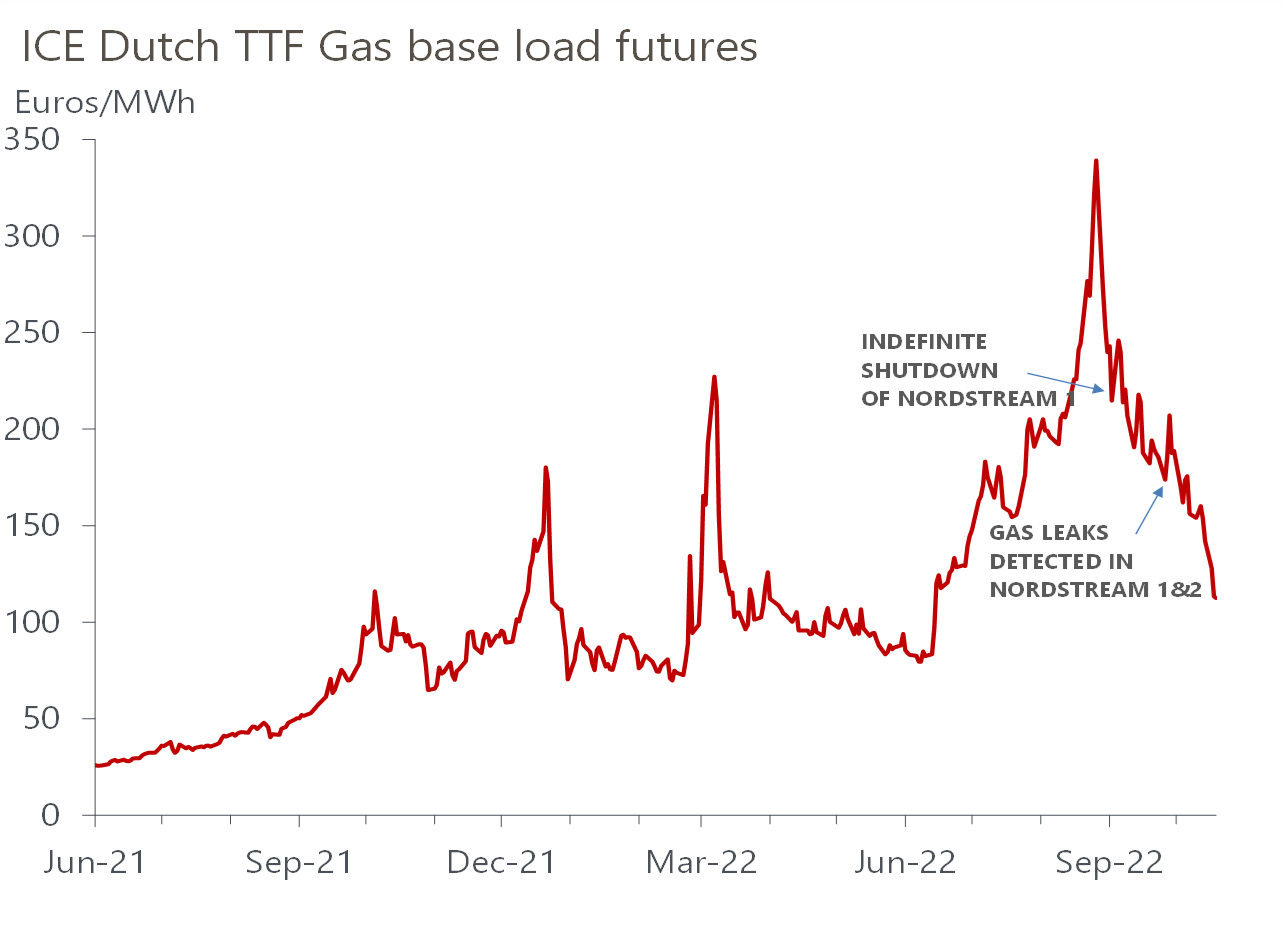 One of the reasons prices are falling is that power shortages and emergency measures such as rationing this winter seem to have been avoided, as the gas reserves are currently higher than the five-year averages.

But the fall could be deceptive, as thanks to the need to physically store gas the prices react to the current market conditions, not future conditions, unlike equities which are priced at a discount to the future earnings of companies.

The fact that gas tanks are near full, and the consumption of the stored gas has not yet started, plus there are a number of LNG ships moored off Europe’s coasts that can’t unload because there is little spare storage, will bring the prices down irrespective of expectations of what future demand will be. Market sentiment also plays a role. 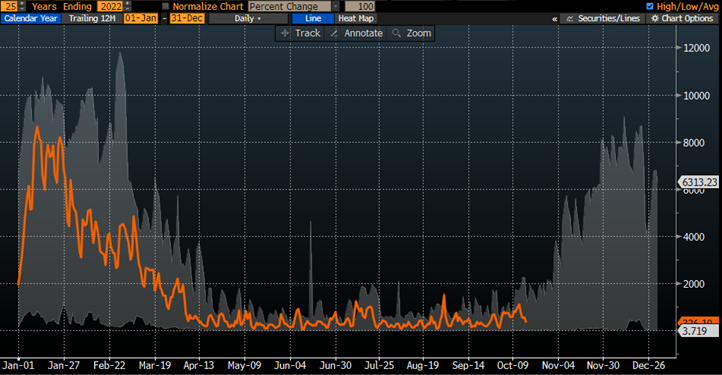 Gas withdrawal from storage tanks as of October.

Indeed, this is visible on the TTF future’s market, where prices are higher.

Gas available has been reduced by 55 bcm of Russian gas following the destruction of the Nord Stream pipelines in September. Somehow this hole needs to be filled.

And a number of special circumstances this year may not reappear next year. China’s economic slowdown has been a boon this year, as it reduced the country’s demand for LNG by 20%, dragging Asian prices lower and making it easier for Europe to compete and buy more gas.

Falling demand in China freed up 13-15 bcm in 2022 for Europe to contract away in the LNG spot market, according to Stahel, but that demand might reappear in 2023 as China tries to retire its coal-fired plants, which will take even more gas off the market.

As a result of all these factors Europe was able to buy 60% more LNG in 2022, mainly from the US, which accounted for three quarters of the volumes. Buying from the US was also made easier, as its contracts have destination flexibility so that the owner can sell a cargo when it is already on the move and redirect it from an Asian client to a European one. Contracts with Qatar, the other big supplier, do not have destination flexibility.

In 2021 the US operators had a total export capacity of 141 bcm and ran it at full throttle. That capacity was reduced after an accident at Freeport, the main export route for US LNG headed to Europe, but this should come back online in the fourth quarter of this year. But that will only add some 6 bcm to US export capacity.

While both the US and Qatar have projects to increase the volumes of LNG they produce and export, none of these will be ready before 2025 at the earliest.

There is very little wiggle room to increase Europe’s indigenous supplies. Norway supplies some 128 bcm a year to Europe and this year increased production by 8%, but there are no more big gains to be made in Norway in the short term.

Holland’s giant Groningen field could add another 20 bcm, but the Dutch government is reluctant to bring it back into production because of the danger of causing earthquakes.

Further reductions are possible. European Commission President Ursula von der Leyen called on members to reduce gas consumption by 15% in July, and according to think-tank Bruegel consumption has already fallen by 7% since then.

However, all these measures – Chinese demand remains low (15 bcm), Freeport back online (6 bcm), additional Groningen gas (20 bcm) – add up to 41 bcm, which still leaves Europe 20 bcm short of projected demand (ignoring the vagrancies of the weather).

Increased supplies from Algeria and Azerbaijan could maybe add as much as another 10 bcm, but these increases will be incremental and take a few years to implement.

The biggest part of the shortfall could be covered by a concerted effort to reduce consumption further – a reduction of gas consumption in Europe by 15% could save as much as 75 bcm. But the base-case scenario is the market will regulate the supplies of gas and while supply remains so tight the price of gas is likely to remain high.

“Let's enjoy the fact for now that natural gas has to clear daily within its physical infrastructure, which is storage constrained. The real challenge, however, will be to pull enough LNG into Europe come 2023,” says Stahel. “For that, prices must do the work.”

for more energy news, sign up for a trial to Newsbase Energy Monitors now