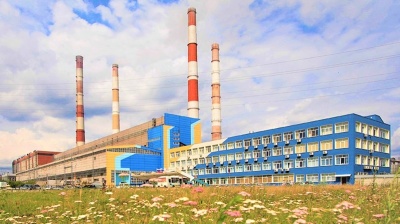 The Italian-owned firm is already a leader in investing into renewable energy and has several large wind and solar power projects underway. At the same time it has been trying to divest itself of coal-fired power assets to make its portfolio of electricity-generating plants greener.

“Enel Russia is due to report its 3Q19 IFRS numbers on October 30, the last quarter when the company includes the results of Russia’s largest coal-fired power plant, the 3.8GW Reftinskaya GRES,” Ilya Piterskiy, an analyst with VTB Capital said in a note. “As the company completed the sale of the unit on October 1, the profile of Enel Russia changes dramatically.”

Enel's deal comes as Russia’s entire power sector is going through an extensive reform and in parallel the Kremlin is starting to impose environmentally friendly policies following its decision to ratify the Paris Accord this month.

The reforms have piqued investors’ interest and the utilities sector is, with the financial sector, the best performing on the Russian stock market this year, up 29% YTD as of October 24. Analysts said this week they expect utilities stocks to continue to outperform the market with Enel being one of the preferred plays.

The company has been trying to sell Reftinskaya for years, but understandably investors are increasingly reluctant to buy the carbon-costly generating plants. But utility companies are coming under increasing pressure from not only the government but also their portfolio investors to get rid of CO2 producing assets.

“Elsewhere, the divestiture of all of its coal-fired capacity allows us to lower the ESG (environment, social and corporate governance) [score] add-on [to the company stock price]. That leads us to increase our 12-month Target Price 8% to RUB1.25. That implies an [estimated return on the share price] of 54%, so we reiterate our Buy recommendation,” Piterskiy said.

Going green has become not only good for your share price, but increasingly it is essential. A non-issue last year, suddenly having a good ESG score has become a must-have for any large corporation, as bne IntelliNews reported in a cover story, “Russian companies scramble to improve their ESG scores or face losing investors”, in July.

Some of Russia’s largest companies lost up to a third of their international investors into their stock last year as fund managers are now not only concerned with a strong bottom line, but also are looking for companies with long-term sustainable investment strategies that also take into account the environment and social factors on top of the traditional requirement for companies to have strong corporate governance (the “G” in ESG).

The change is being driven by an increasing demand amongst retail investors for sustainable “green” investments that is now affecting pension, life and insurance funds, which are reacting to the changing demand and passing this on to fund managers.

Power companies are particularly prone to ESG concerns as most burn some kind of fossil fuel and produce large amounts of CO2. As bne IntelliNews reported in “The cost of carbon in Russia, braced to implement the Paris Accord” in September, generating power accounts for just over half (53%) of all the CO2 produced in Russia today and the pollution from coal powered power stations is an additional black mark on a utility’s ESG score.

The enormity of these changes affecting both the Russian utilities sector and the profile of portfolio investors into Russian stocks is thrown into relief by Enel’s decision to sell Reftinskaya, which formerly was the company’s biggest asset and at the core of its business. By selling off Reftinskaya, Enel Russia will see its income shrink by 37% and the free cash flow (FCF) it generates will disappear entirely.

“After the sale, we note the substantial scaling down at the company: Ebitda shifts from RUB17.2bn in 2018 to RUB10.8bn in 2020F, while company’s free cash flow moderates from RUB4.6bn last year to negative in 2021F,” Piterskiy said.

The deal means that Enel is re-profiling the way it generates power entirely and it will have to go into modest debt in the coming years to pay for the change, VTB Capital estimates, but it will still pay out a handsome 12.7% dividend yield during that process over the next three years.

The point of the deal is that although the company will reduce its revenues, increase its debt and shrink its installed generation capacity, the valuation of the company should go up because of the improved ESG score the company will receive as a result of all these changes.

“Since we started incorporating ESG risks into our fair value derivation, Enel Russia has been exposed to a 2.5% [ESG score] add-on, primarily driven by its exposure to coal-fired capacity. After the disposal of Reftinskaya, we adjust our ESG-driven risk down to 1% out of 13.5% for 2020F,” says Piterskiy, who adds that VTB Capital not only has a Buy recommendation on the stock, but sees it as one of the best investments in the utilities sector.

“We view Enel Russia as the best fit to play i) the ESG story in Russian utilities, for those who wish to reward the company for its CO2 considerations and invest in one of the three greenest utilities in Russia; ii) renewable energy in Russia, which is to contribute as much as 45% to the company’s Ebitda five years from now; and iii) a robust dividend yield (we expect 12.7% annually),” says Piterskiy.

Enel is winding down its exposure to traditional electricity generation assets but it building up its renewable generation capacity, as part of Russia’s ongoing state capacity modernisation drive.

The company is already a leading investor into Russian renewable energy generation that has really only got going in the last two years.

Enel Russia won a state tender for the construction of wind generation parks with capacity of 71MW in 2024, and along with hydropower major RusHydro it is one of the most visibly active utility majors in the renewable energy segment. So far the government support programme for the sector has enabled Enel Russia to launch projects to produce 291MW, including one of Russia’s first big wind power farms.

But the plan to go green may run aground on changes to the regulations proposed last week by the government that will limit the share of foreign companies in the renewable sector as a way of forcing the development of domestically sourced technology as part of the government’s strategic goal to become self-reliant in this sort of technology.

Russia's Ministry of Industry and Trade proposed last week that only Russian companies should be allowed to carry out the design and engineering of renewable energy assets in Russia, but the issue remains at the discussion stage.

As reported by bne IntelliNews, last month the Russian government finalised the cost of the renewable energy development programme and is planning to invest RUB725bn ($11bn) by 2050 in the sector, out of which RUB400bn will be spent in 2025-2035.

The cap on foreign investment in renewables is in keeping with a parallel proposal to limit foreign investment into the leading online companies like Yandex to 20% and a restriction on foreign ownership of media assets to 20% that is already in place. Likewise there are suggestions to cap foreign involvement in the production of gas turbines and the planned 5G network rollout in the telecoms sector.

For its part Enel is pushing ahead with the re-profiling of its assets in other Central and Eastern Europe (CEE) countries, as it is the biggest power producer on the continent. In September Enel started to sell its assets in Romania valued at about €1bn in a process led by French bank BNP Paribas.

Enel previously tried to put the assets on the block in 2014 as part of a plan to exit both Romania and Slovakia. It eventually only sold 66% of Slovenské Elektrárne, Slovakia’s leading power generator, to EP Slovakia. It operates three of the eight regional electricity distribution networks in Romania but is the second largest owner of wind farms in the country with a cumulative installed capacity of 500MW. It is not clear if it intends to sell the wind farms as well.

OUTLOOK 2022: POLAND
6 hours ago
OUTLOOK: 2022 Uzbekistan
21 hours ago
Ukraine's Spell Chocolate sweetens market position with support from EBRD and Sweden
2 days ago
Perspectives | Why Uzbekistan does not fear a ‘Kazakh Winter’
2 days ago
Turkey-Armenia talks seen as key to opening up regional transit links
3 days ago