On Marshal Baghramyan Prospect, Andrenik Grigoryan smiles at the young crowd lounging in the shade to escape the heat as Yerevan swelters. His remarkable white moustache and a paling tattoo on his forearm betray the 84-year-old’s young spirit.

“They are brave, but this is what we need if we want change, brave young Armenians to stand up for what they believe in,” he says laconically, gesturing animatedly while fellow senior citizens nod in agreement.

Now the first flush of excitement and the thousands-strong crowd of protesters has passed, the government and people of Armenia are settling into the next phase: a war of attrition to see who will cave first. 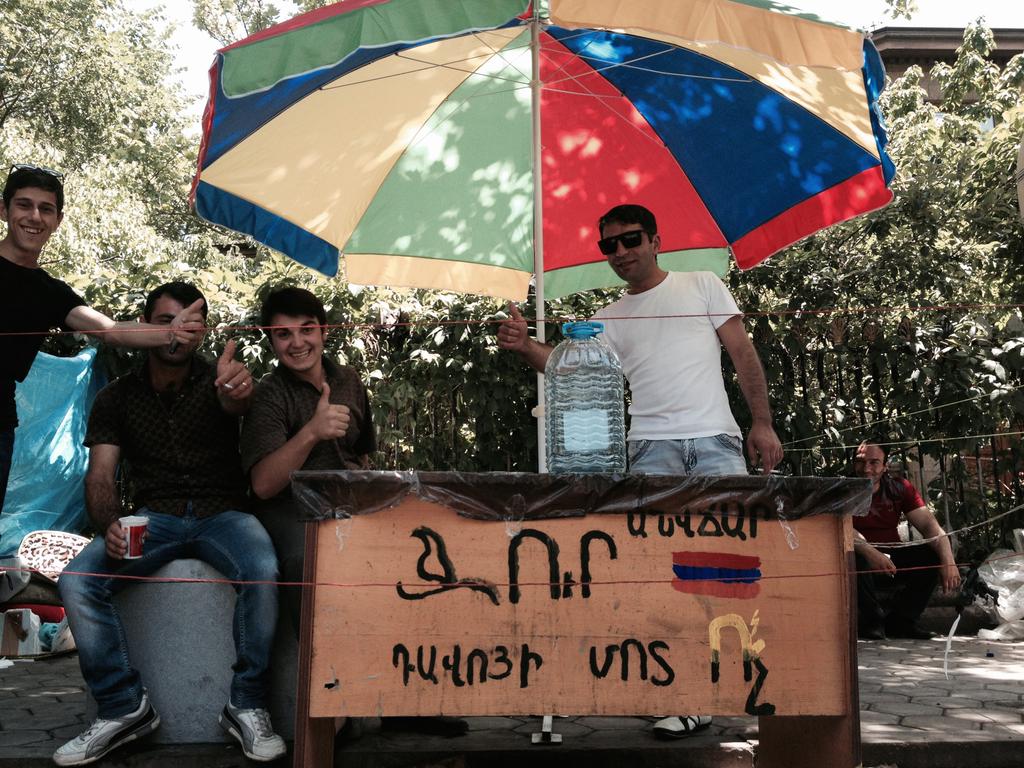 There is no thrilling party among the morning crowd of the so-called Electric Yerevan – the protest that has gripped Armenia’s capital for over a week following the government's controversial decision to hike domestic electricity tariffs by 16.7%.

The government has already announced that it will "absorb" the increases until an international audit of the power companies can be organised. "But that is still tax payers' money – our money – being used to pay the bill," says one protester. "We don’t want our money wasted in this way."

The government is obviously hoping to take the wind out of the movement's sails in the hope that the protesters will give up and go home. While many left, enough still remain to keep a handhold on media headlines at home and abroad. 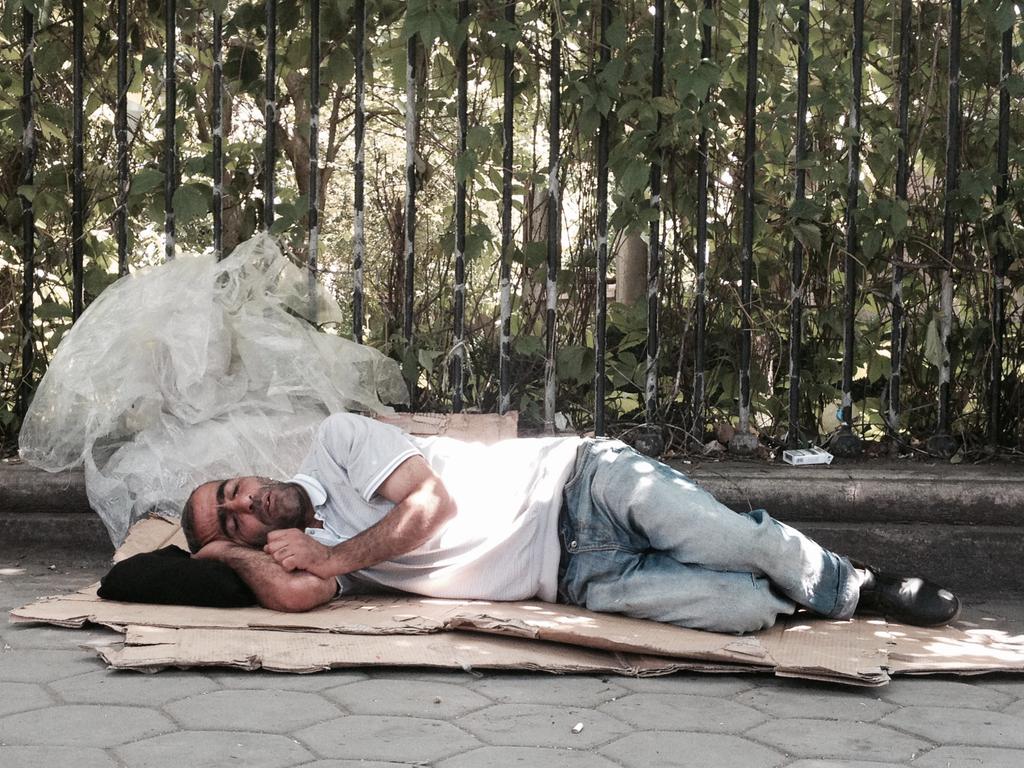 A hard core of protesters remains on the streets, students, children, and older people who lounge, nap, play cards, and draw mandalas on the boiling tarmac of Marshal Baghramyan Prospect, determined to see the stand-off through to the end, and force the government to back down on plans to increase the tariffs for the already impoverished population.

The scorching summer sun may be one reason most of the protestors went home for a break, as well as work and the need to get some rest. At lunchtime on June 29 relatively few demonstrators remained from the thousands still gathered the previous evening, whose smartphones and flashlights dotted like stars the dark thoroughfare after streetlights went off just after midnight. Their banners now rested on the pavement, and hoarse throats waiting to resume after sunset.

June 28 produced a tense evening after recent days that saw riot police with batons and water cannons dispersing the crowds, with arrests of some 240 people on June 23. This time, the government's reaction was to dig in its heels in and order the protesters to clear the streets at dusk, while people anxiously awaited the appearance of the rows of helmeted police with shields. But not wanting to inflame the situation further the authorities stood back and the night wore on peacefully. Electric Yerevan had won the first round, calling the government's bluff and waiting for its next move.

“I’ve been here from day one, but my parents do not allow me to sleep here overnight,” grunts 16-year-old Mary, who did not give her last name. “So I leave at midnight and come back at 9am, there must be people all the time to send a signal: that things must change and there is no place for corruption or monopolies in our Armenia.”

Beside her, Paylak, 21, pats her proudly on the back, while his T-shirt does most of his talking for him. It shows Armenian national hero Garegin Ter-Harutyunyan, the nom de guerre of Garegin Nzhdeh, who looks as defiant of today’s authorities as he did when in 1921 he challenged the Bolshevik regime and established the independent Republic of Mountainous Armenia. 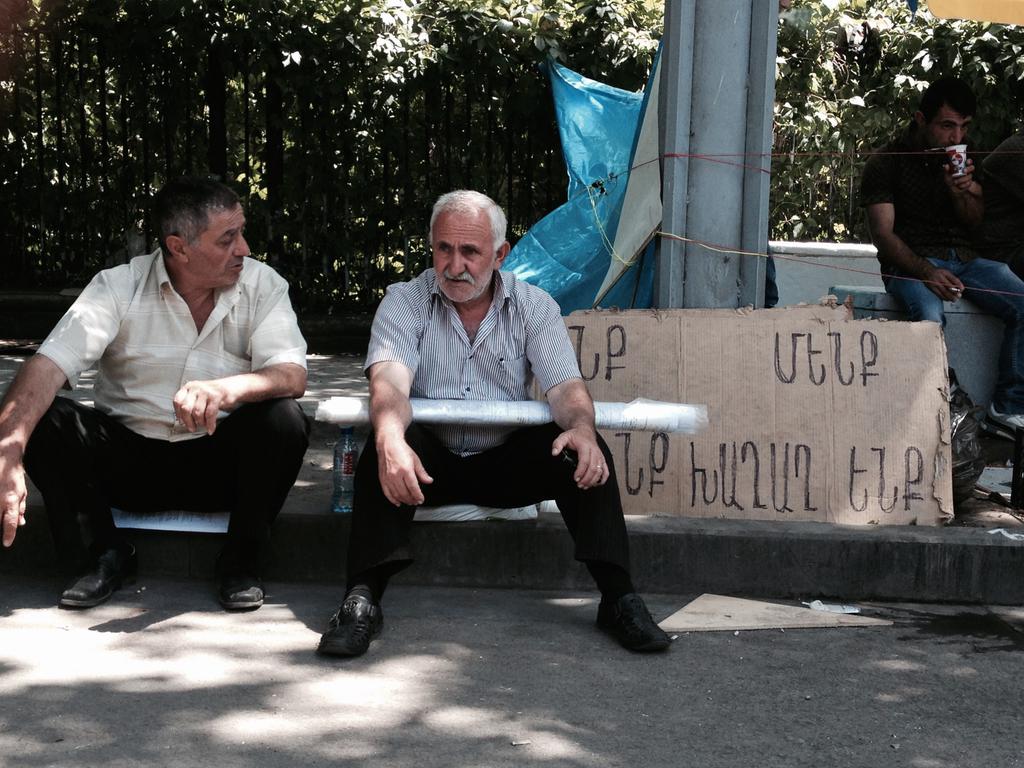 It didn’t last long, but that’s not the point: “It’s his spirit. He fought for his ideas, like us,” Paylak says resolutely.

But for all the talk of moves and regrouping, the protest has now essentially fragmented. The hard core that will spend yet another night sleeping under the stars has dwindled to a few hundred, but the so-called "morning crowd" will be back; those with families and job commitments, who return to swell the numbers in the early evening. Just how determined the crowds are to see this showdown through to the bitter end remains to be seen, but the creative minds of the young Armenians behind Electric Yerevan is already apparent: the appereance in the city centre of a shiny yellow lamp with a prominent middle-finger gesture depicted makes feelings about the proposed electricity hike abundantly clear.