EDB to set up macroeconomic think-tank to spur integration

The Customs Union went into operation in January 2010. It has already seen growth in trade between all the member states (Russia, Kazakhstan and Belarus) expand rapidly and is expected to deliver further significant gains over the medium term.

In the coming years, Belarus and Kazakhstan plan to double the bilateral trade from $1bn to $2bn, according to Kazakh Ambassador to Belarus Ergali Bulegenov. "This is real. There is the interest on both sides, mutual understanding, and the integration in the Customs Union," Bulegenov said in July. "In recent years, the bilateral cooperation has been increasingly vibrant on all fronts and at all levels. Kazakhstan has significant interest in Belarus' achievements in agriculture, industry, health, science and other areas."

The forecasting centre will be led by the Centre for Integrative Studies, which is part of the EDB (EDB IIC). This will collaborate with the Department of Macroeconomic Policies of the Eurasian Economic Commission (EEC) and create an academic powerhouse that will help the planning and integration process.

The EDB and EEC have already been working closely together on several projects as part of the "construction of system analysis and forecasting of macroeconomic policies in the Eurasian Economic Area (EEA)" programme. But the goal of the tie-up is to develop analytical tools of economic policy analysis and socio-economic development in the EEA.

Indeed, the academic work is at the core of the new economic space that the members are trying to create: the EEA has been likened to the EU, but the trick is to learn from the mistakes made in setting up the EU, some of which have led to Europe's current woes. "We were trying to copy the European Union," Tatiana Valovaya, Member of the Panel on main areas of EEC integration and macroeconomics, who has also done much of the negotiating for the Russian side, tells bne in an interview in London. "We are extremely grateful to the EU for its problems, as they have taught the lessons we need to make the Common Economic Space a reality."

"We need a fully integrated space, not like the European Union of 1968. Companies need to be able to choose freely between countries and pick the place that suits them best," says Valovaya, who has consistently argued for a "Separatedly impossible - together" approach to regional politics.

The joint venture is a bit of institution building, but as the crisis of 2008 showed the forces at play are large and need to be well understood, if the project is not going to send all the countries involved off the rails. All the member states remain emerging markets and are much more prone to crises than the industrialised world, so creating a really first-class academic institution to model integration has a very significant role in the process of building the EEA. The hope is serious study of these problems will lead to a more robust shared economic space that can skirt around these drawbacks from the beginning.

"A model is a set of powerful and ready-to-use tools that will be used in the analysis and forecasting of monetary policy and the medium-term fiscal policy of the CES. It will also assess the dynamics of convergence of the economies of the countries of the Common Economic Space," chairman of the EDB, Igor Finogenov, tells bne. "The functioning of the EEA, and in particular, the development and implementation of coordinated macroeconomic policies require coordination at the national and supranational levels. These actions must be sufficiently substantiated and supported by qualitative calculations."

The EDB won a competition run by the commission to partner in the project. The model unit will be used to evaluate the effects of different macroeconomic policy options, including, in the current instability in the global economy. "We also see the use of it to assess the possibility of coordination of policies. It is a powerful tool for decision support and recommendations in [Eurasian Common Economic Space]," said Valovaya.

Bringing together the separate economies is a truly herculean task and the goal of flawless integration of systems is no less ambitious. However, this in effect means the entire structure of government and business needs to be reviewed. "The EEA is not just about trade, but should create an efficient climate for doing business thanks to the smooth functioning of a single market based on mutual recognition," Valovaya tells bne. "That means one [business] document will work in all countries. That is not going to be easy to achieve." 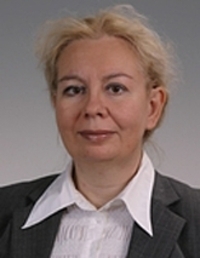