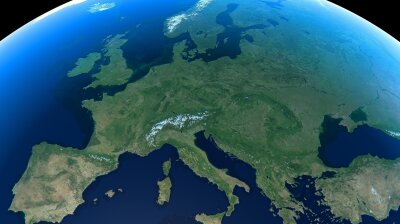 The energy crisis is pulling down growth across the EBRD area of operation, although it will stay positive, the bank said in a press release. / bne IntelliNews
By EBRD September 28, 2022

Reduced supplies of gas from Russia and mounting inflation worldwide will slow economic growth further next year in the regions where the European Bank for Reconstruction and Development (EBRD) works, the Bank forecast on September 28.

The projections, contained in the EBRD’s latest Regional Economic Prospects report, are subject to major downside risk should Russia’s war on Ukraine escalate or the volume of its gas exports decline even more.

The Bank now forecasts gross domestic product (GDP) growth across its regions of 3% in 2023, a downward revision of 1.7% from its most recent report in May.

However, an upward revision to predicted growth this year is likely to deliver a gentler slowdown in real terms, with output next year a mere 0.5% lower than forecast earlier this summer.

Output in the EBRD regions is now predicted to expand by 2.3% in 2022 after consumers in emerging Europe went on a post-pandemic spending spree in the first half of the year.

This temporarily boosted consumption, despite a fall in real wages, and led to a sharp widening of current account deficits across central Europe.

EBRD chief economist Beata Javorcik said: “These are very worrying times for the EBRD regions and many advanced economies. As we head towards winter, the economic cost of Russia’s war against Ukraine is growing clearer with every day that passes.

“Inflation may not have peaked in the EBRD regions, as in many countries the increase in producer costs and high natural gas prices have not yet been fully reflected in consumer prices.”

The new Regional Economic Prospects report, entitled “A cold winter ahead?”, paints a stark portrait of the impact of the war on the EBRD regions’ energy markets, inflation and economies.

Since late February, gas prices in Europe have averaged around 2.5 times their 2021 level (in inflation-adjusted terms).

For many countries in the EBRD regions, higher gas prices imply increases in gas import bills equivalent to as much as 4-5% of GDP, as economies are highly dependent on gas in their energy mix.

Gas accounts for the bulk of derived heat production in the EBRD regions. In some economies, gas is also an important source of electricity production. Even where electricity is not derived directly from gas, electricity and gas prices tend to move in parallel.

Average inflation in the EBRD regions reached 16.5% in July, a level last seen in 1998.

Energy and food usually account for a higher share of the consumption of poorer households, which are experiencing even higher effective rates of inflation. Real wage growth has turned negative, on average, with greater falls in real incomes in south-eastern Europe.

However, there are still wide variations in the impact of the war on different regions and countries.

Russia’s war on Ukraine will cause the latter’s economy to shrink by 30% this year, the Bank forecasts, a projection unchanged since May.

For 2023, the EBRD has lowered its forecast to a rebound of just 8% from the more robust 25% growth forecast in the last report. The expectation back in May was that substantial recovery work would already be underway next year.

Output in central Europe and the Baltic states is expected to increase by 3.7% in 2022. Upward revisions from May are down to strong outturns in the first half of the year. Growth is expected to slow sharply, to 1.3% in 2023, on gas supply disruptions and spill-overs from slower growth in advanced Europe, in particular Germany and Austria.

GDP in the three south-eastern European Union countries is expected to grow 5% in 2022, with growth slowing to 2% in 2023. As in central Europe and the Baltic states, this reflects better-than-expected growth in the first half of 2022, but downward revisions for 2023 on reduced gas supply and spill-overs from the slowdown in advanced European economies.

Similarly, output in the Western Balkans is expected to grow 3.2% in 2022 and slow to 3% in 2023 (revised down from May). The risks to the economic outlook have increased, particularly in light of countries’ fiscal vulnerabilities.

GDP in eastern Europe and the Caucasus (excluding Ukraine) is anticipated to expand by 4.6% in 2022 and 2.5% in 2023 as temporary stays by Russians boost consumption in Armenia and Georgia.

Output in Central Asia is forecast to grow by 4.3% in 2022 and 4.8% in 2023. Upward revisions to both years relative to May reflect a boost to consumption driven by public-sector wage hikes, high remittance flows and a sharp increase in shadow trade with Russia, as well as gains in commodity exporters.

GDP in Turkey is predicted to grow 4.5% in 2022, supported by government spending ahead of planned elections and better-than-expected net exports, in part reflecting increased exports to Russia. The Bank’s forecast for 2023, at 3.5%, is unchanged from May.

Output in the southern and eastern Mediterranean region is expected to grow by 2.9% in 2022, though structural problems, external vulnerabilities and limited progress on reforms continue to weigh on the economy. Growth is projected to increase to 4.7% in 2023. 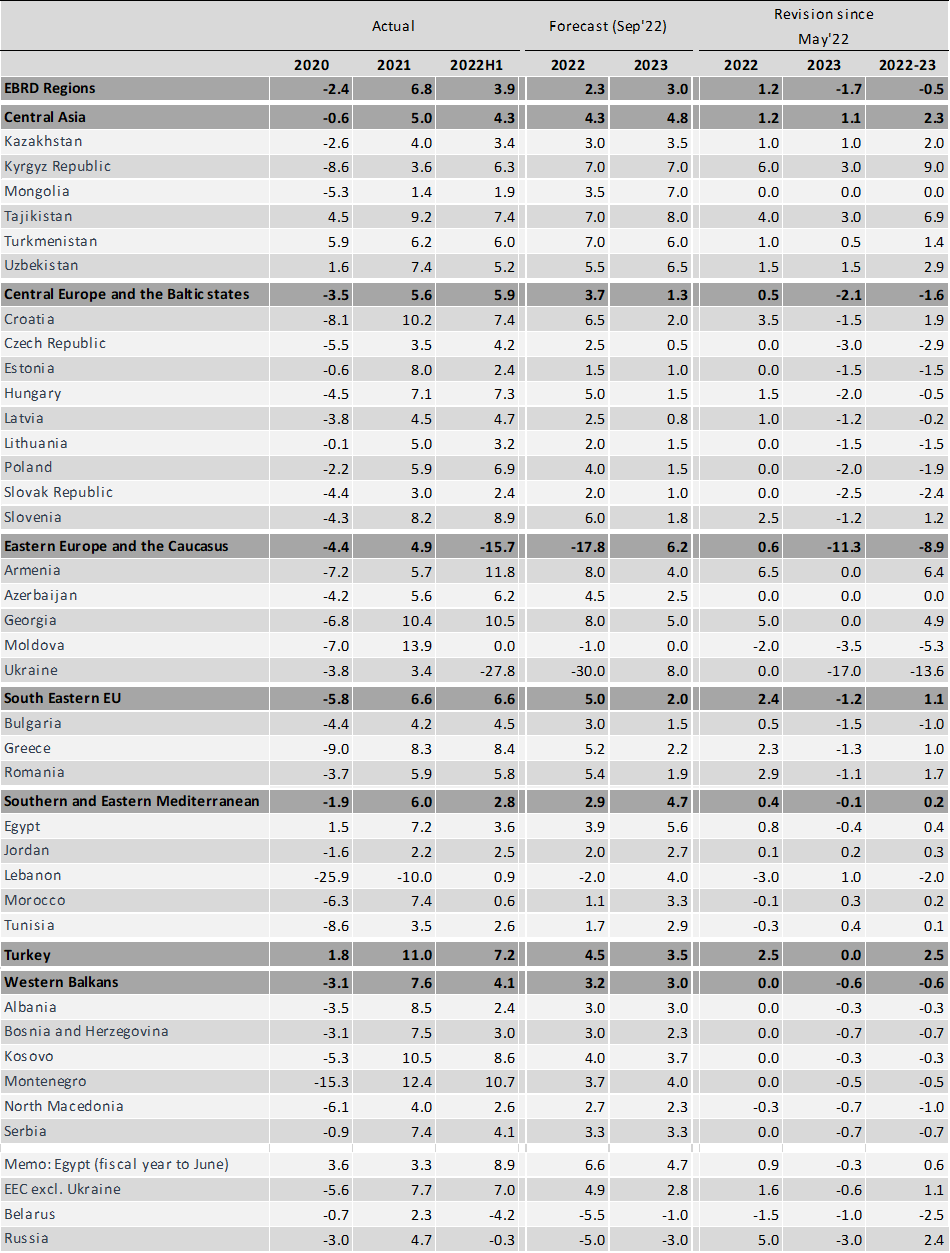 After the fuel price cap in Hungary was lifted in early December, fuel consumption dropped by 18.4% month on month. However, record-high inflation dragged down overall consumption similarly .

Romania’s retail sales accelerated by 3.8% in December, taking the quarterly advance to 3.8% and full-year 2022 to 5.1%. The data supports our call for a robust fourth-quarter GDP reading, but also for a visible slowdown in the first quarter.

"If the EU institutions do not ensure that the progress achieved by Ukraine, Moldova and Georgia [is] fully impartial, they will be doing them a disservice. Their path towards Europeanisation must not be subjectivised or romanticised."

More and more signs point to a new major Russian initiative to take Ukraine in the spring, including a possible attack on Kyiv. How could a major Russian offensive or a Russian victory in Ukraine challenge Europe?

ING: Hungarian retail sales suffer from record inflation
14 hours ago
ING: Romanian consumers shrug off pessimism into year-end
17 hours ago
CENUSA: Bringing Ukraine, Moldova and Georgia closer to the EU: a multi-speed progress.
1 day ago
NEMETHY: How the Battle for Ukraine may change Europe
1 day ago
COMMENT: The new Cold War will be different, and not only because of China
1 day ago