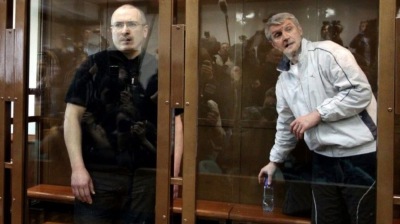 A Dutch court has reimposed a $50bn fine on the Russian government for appropriating Yukos' oil assets
By bne IntelliNews February 18, 2020

A Dutch appeals court has ordered the Russian government to fork out $50bn to former shareholders of defunct Russian oil giant Yukos, marking another twist in a more than decade-old legal battle.

The latest ruling overturns a previous verdict by a lower court. Russia has said it will file an appeal, setting the stage for a showdown at The Netherlands’ Supreme Court.

Yukos was once Russia’s biggest oil producer and briefly its most valuable company, having accumulated a number of major Siberian oilfields during privatisation deals in the 1990s, including the controversial loans-for-shares scheme. The company’s fortunes changed in 2003, when the government accused it of owing $27bn in back taxes. In October of that year its owner Mikhail Khodorkovsky, once Russia’s richest man, was arrested on charges of fraud and placed in prison.

Moscow is widely seen to having instigated Yukos’ downfall to order to reassert its control over the oil industry. Specifically, the Kremlin objected to Khodorkovsky’s plans to build a privately owned oil pipeline from Siberia to northern China that the state considered the prerogative of the government and foreign policy. Khodorkovsky was also accused of bribing many deputies in the Duma and Federation council to give him influence over the political process.

The company’s assets were sold at bankruptcy auctions, with many falling into the hands of Russia’s national oil company Rosneft. It is also believed the government wanted to prevent Khodorkovsky’s meddling in Russian politics, including his open funding of opposition groups.

The Permanent Court of Arbitration of The Hague in 2014 concluded that the Kremlin had staged a co-ordinated attack on Yukos in order to bring its assets back under state control, ordering Russia to pay $50bn in compensation to shareholders. Two years later, however, the District Court of the Hague overturned this ruling, claiming the arbitration judges had no jurisdiction in the case as Russia never ratified the Energy Charter Treaty protecting international investment.

However, The Hague Court of Appeal ruled on February 18 that the 2016 decision “was not correct. That means that the arbitration order is in force again.”

“This is a victory for the rule of law,” GML, a pension fund made up of former Yukos shareholders, said in a statement. “The independent courts of a democracy have shown their integrity and served justice. A brutal kleptocracy has been held to account.”

Russia’s Justice Ministry announced Moscow’s intention to appeal, saying that appeals court had “failed to take into account the illegitimate use by former Yukos shareholders of the Energy Charter Treaty that wasn’t ratified by the Russian federation.”