Documents obtained by bne IntelliNews and local journalists illustrate how both a leader of Ukraine's largest parliamentary group and a former top law enforcement official used the same platform of shell companies to make “black-market payments” in 2014 and 2015 – despite the post-revolution government committing itself to cleaning up the country’s money-tainted politics.

Black market payment platforms are basically the international equivalent of paying with a briefcase of cash: clients' funds are pooled and moved through a succession of shell companies, breaking the link between the payment's originator and recipient.

As bne IntelliNews has written, according to records of Swift transactions – the global standard for processing bank payment instructions and messages – and a police source, the former first deputy prosecutor general Mykola Gerasimyuk made payments in August 2014 to fund real estate purchases in Slovakia via Eko Most, a company where a family member is co-director, as well as a daughter's tuition fees at the UK's Durham University, via a British shell company Smartus Business. 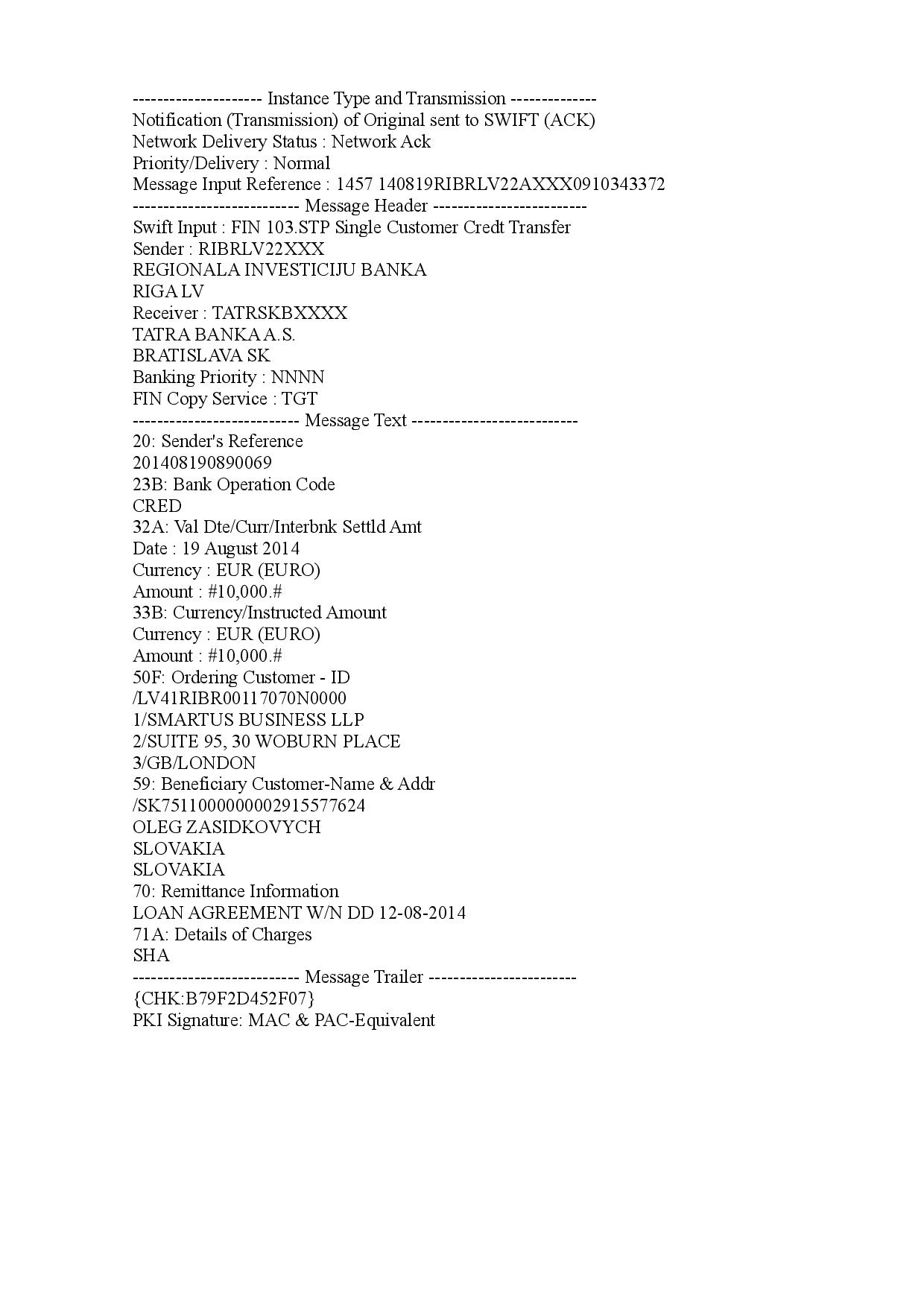 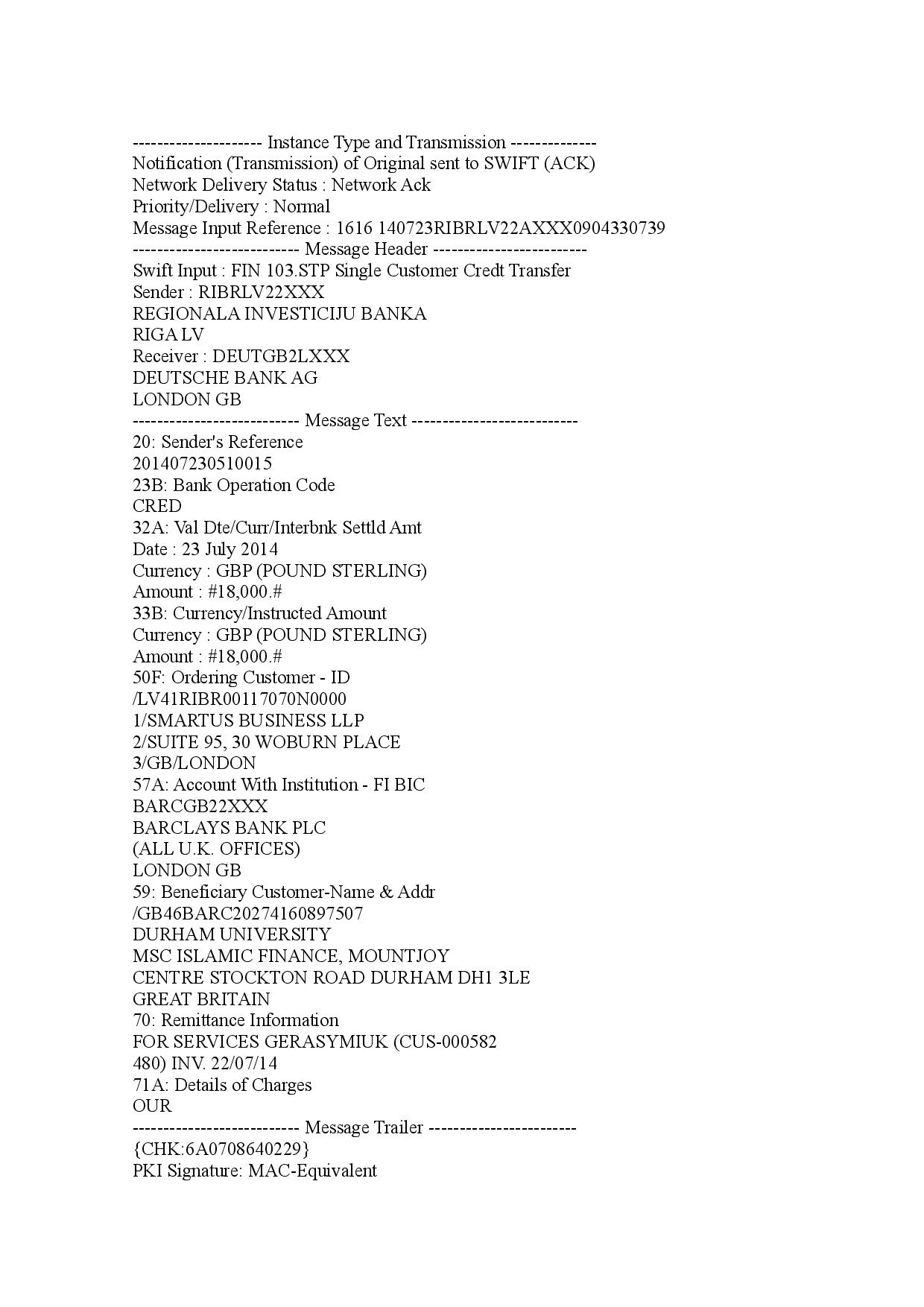 Gerasimyuk, who was appointed in June 2014 and resigned in December 2014, is now believed to live abroad and could not be reached for comment.

Fresh documents now obtained by bne IntelliNews show that in 2014 Gerasimyuk-linked Smartus Business received $500,000 from a British Virgin Islands shell company, Ernion Business Corp, which like Smartus had an account in Latvia. The funds were paid to Smartus as an interest-free loan – a standard way of moving funds between offshore entities – in what appears to be a move by Ernion to top up the Smartus balance. 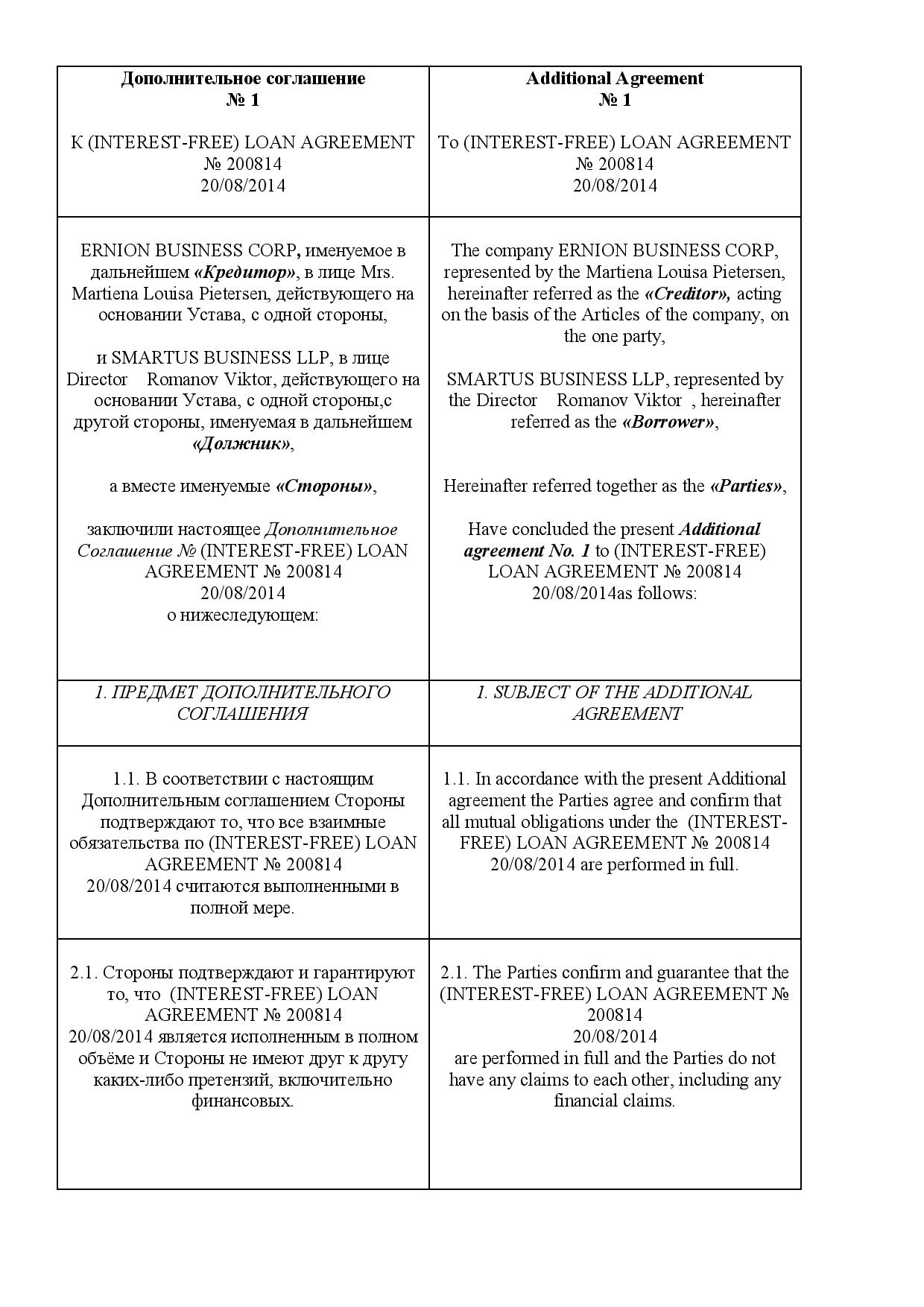 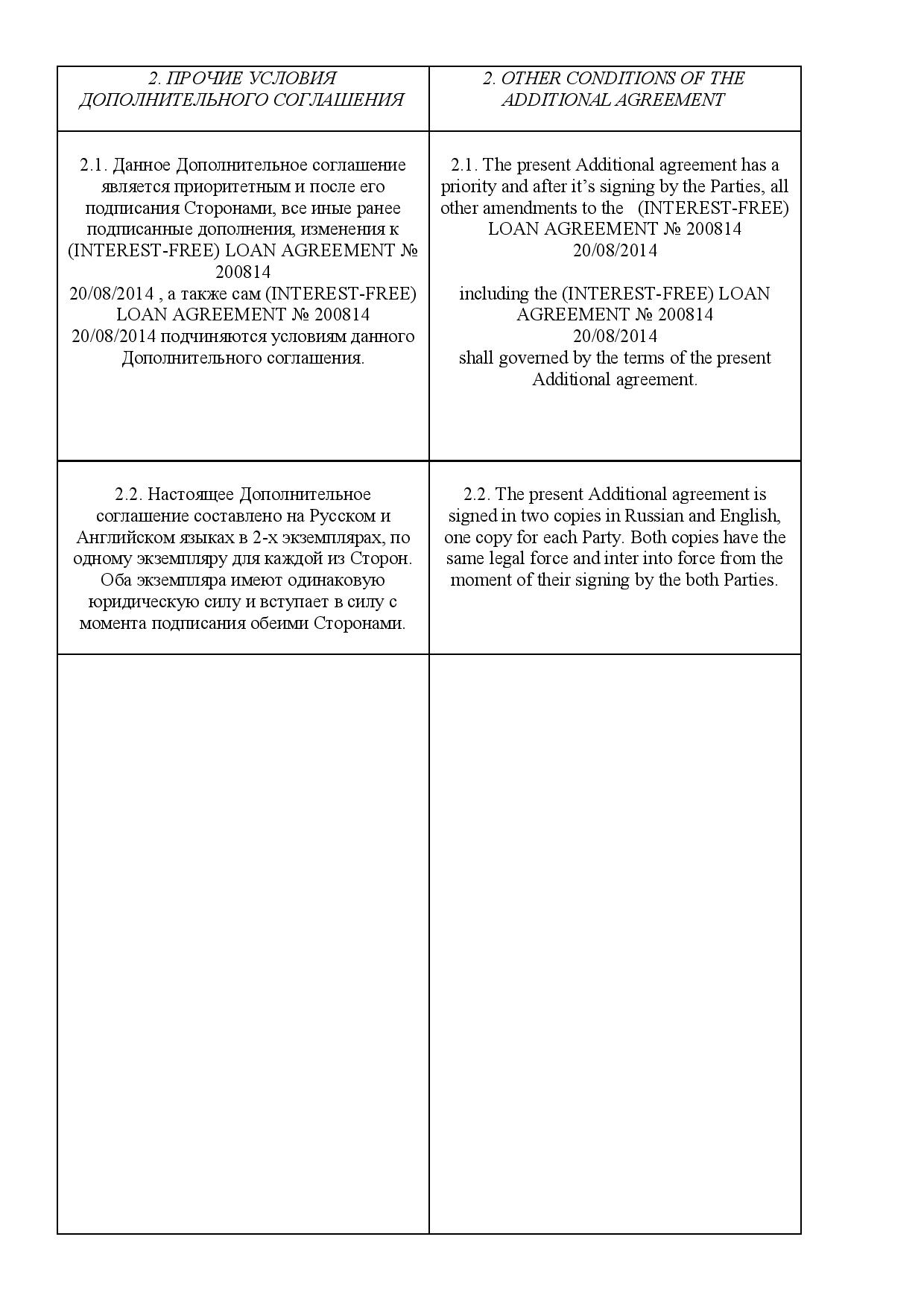 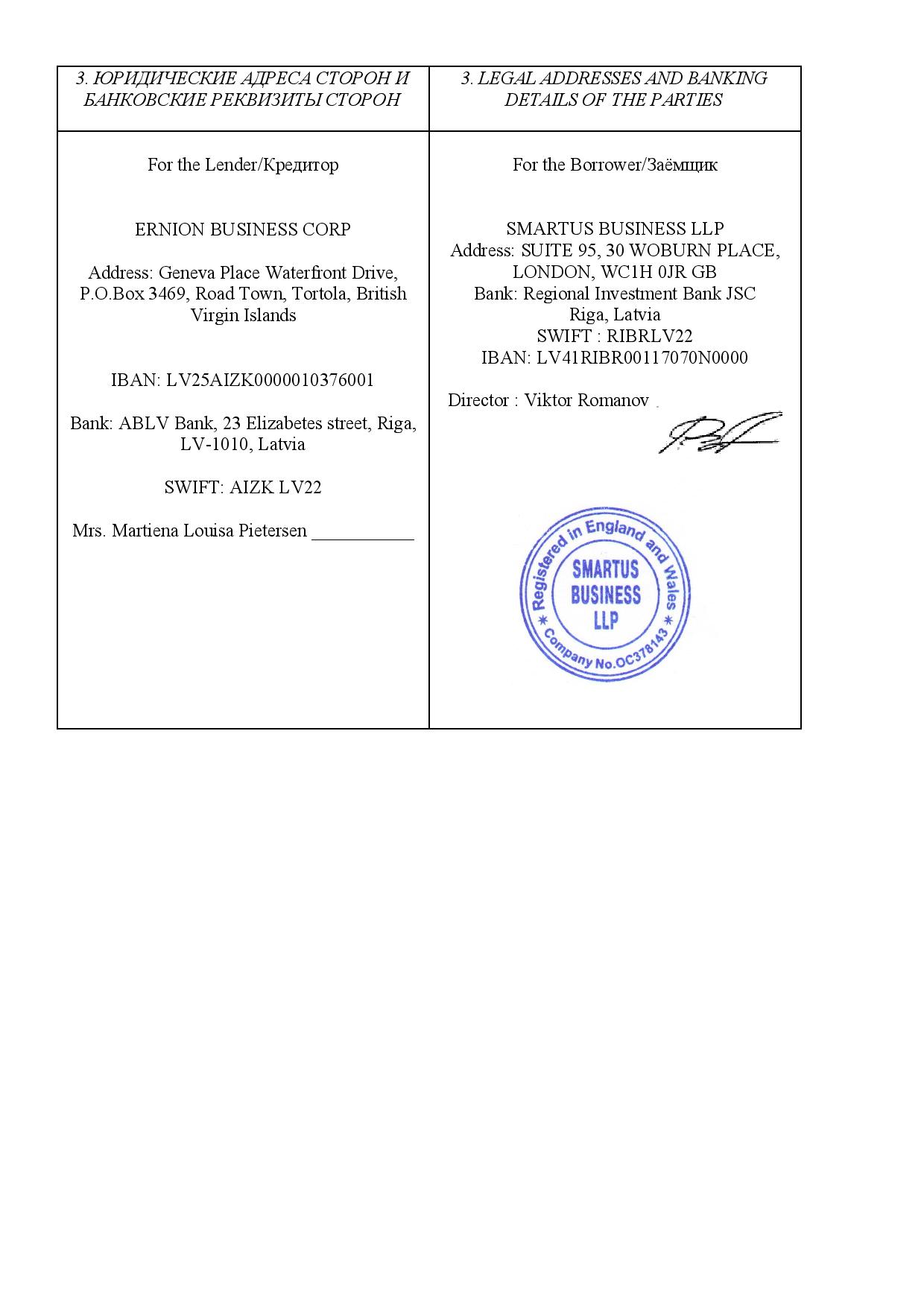 According to the vlada.io documents, payments linked to Ukrainian MP Ihor Kononenko passed through Intraco between 2012 and 2015. Kononenko is first deputy head of the parliamentary group of Bloc Petro Poroshenko (BPP), the largest party in Ukraine's parliament, and according to RFE/RL is "one of [President Petro] Poroshenko's closest friends and business partners".

Kononenko is often referred to in the media as the BPP's “enforcer” – ie. informal parliamentary chief whip.

Intraco transferred funds to pay for a Swiss alpine chalet lease for Kononenko's daughter, and for the lease and servicing of a private jet on which Poroshenko flies, according to vlada.io. The nature of some other payments made by Intraco was not clear, but could be linked to Kononenko by email addresses on the payment documents.

In comments to Radio Svoboda, Kononenko said the leaking of the documents had a political character, but did not deny links to Intraco. According to Radio Svoboda, a local company owned by Intraco was involved in property deals linked to Ukrprominvest, Poroshenko's industrial holding, in which Kononenko was for many years deputy CEO, and Poroshenko CEO.

While there is nothing new about top officials using secretive offshores structures for hiding wealth, the fact that Ernion replenishes the balance of both Kononenko's Intraco and Gerasimyuk-linked Smartus suggests an organized black market scheme to also hide the origins of funds being paid to the offshores.

In such a scheme, clients pay funds to offshore companies controlled by the operators, and the funds are churned through a chain of offshores, such as Ernion, rendering them untraceable, until being paid to the client's vehicle such as Intraco or Smartus. Clients can also simply hand the money in cash to operators, who convert it to bank funds and move it to the clients' vehicles.

The vlada.io, documents, in combination with bne IntelliNews enquiries, thus suggest that both the governing party of President Poroshenko and the Prosecutor General's Office still routinely use black-market payment platforms, despite their declared goal of cleaning up the country’s graft-infected politics.

As bne IntelliNews reported, the former head of the Security Service of Ukraine (SBU), Valentyn Nalivaichenko, said in an interview in July, days after Poroshenko's dismissed him from the post, that party enforcers “run $500,000 through offshores each week. A simple question – where is this money going to? The answer: to pay off MPs, government officials, law enforcement,” Nalivaichenko said, adding he had been fired after the SBU started investigating the suspicious payments.

This suggests a multitude of payments by and to officials may have run via this platform, with the Kononenko and Gerasimyuk transfers only the tip of the iceberg.

The murky nature of the black-market payment platforms used by Ukrainian officials is illustrated by their link to arms trafficking.

Vlada.io documents also for instance show that Intraco received €275,000 in June 2015 from a Seychelles company Mosston Engineering, from an Armenian bank account.

A 2013 report of the UN Security Council panel of experts established that DG Arms collaborated with Ukrainian state arms exporter Ukrinmash in 2011, in moving arms and munitions to rebels in Libya, via the United Arab Emirates, at the time of an armed uprising in Eastern Libya that toppled the regime of Muammar Gaddafi. The supplies were a breach of UN arms sanctions imposed by Libya, the report noted. 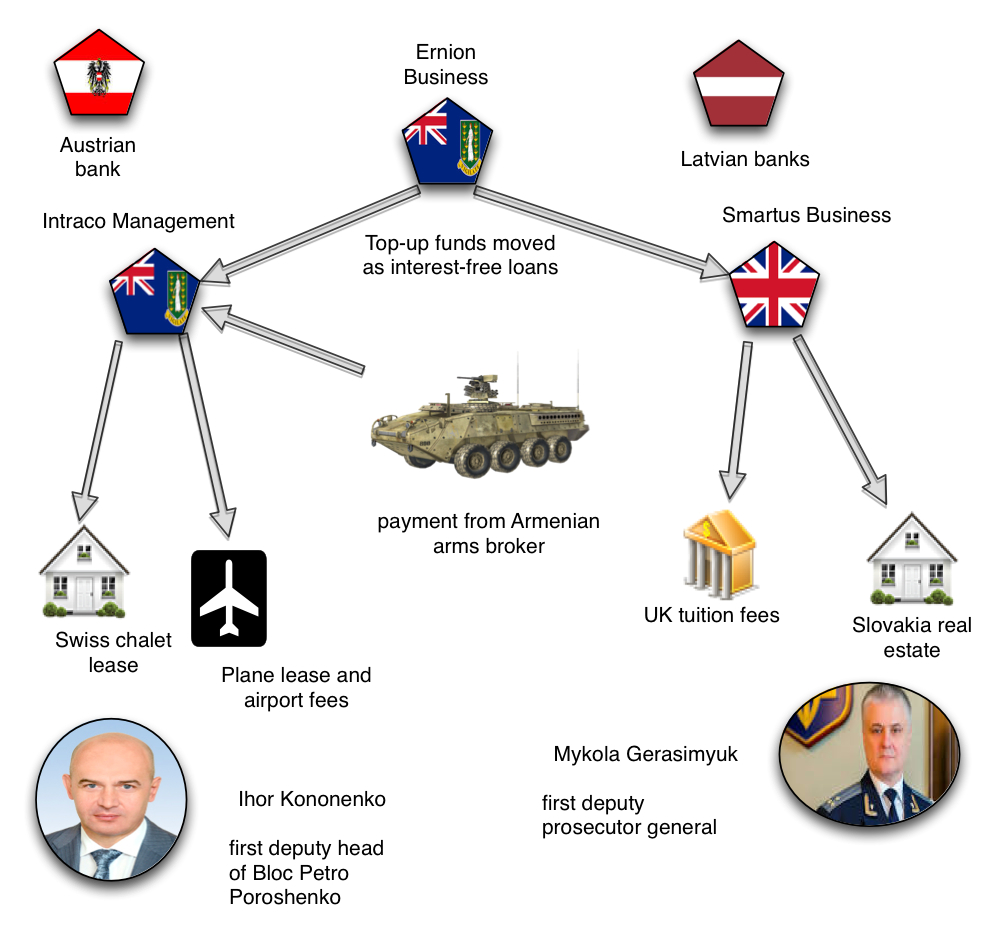