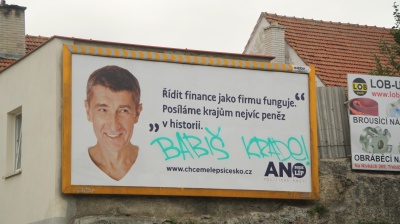 All the big business candidates in the upcoming Czech presidential elections have been excluded on procedural grounds during the registration process. / bne IntelliNews
By bne IntelliNews November 28, 2022

Twelve out of the 21 candidates who registered for the presidential election by the November 8 deadline were dismissed after the interior ministry reviewed the registrations, leaving all the businessmen heavyweights out of the race. All the long-term political favourites remain, and four of the dismissed candidates said they will appeal the decision at the Supreme Administrative Court.

The main reason for the dismissal resulted from the verification of the collected signatures in support of the nomination. Candidates were required to present signatures of at least 20 parliamentarians, 10 senators or 50,000 Czech citizens. Businessmen Karel Divis, Tomas Brezina and Karel Janecek presented more than 50,000 signatures from their compatriots, but the ministry rejected too many of these signatures taking the number of signatures on the candidates applications beneath the prescribed threshold.

Karel Divis was short by mere 116 signatures after the ministry rejected the incomplete signature files and ran two tests on samples from the remaining 61,438 signatures which yielded 17.847% and 19.765% mistakes rates.

“As per the law a particular amount of signatures was deducted from the overall number of valid signatures and the result of Mr. Karel Divis is 49,884”, head of the electoral department at the interior ministry Tomas Jirovec was quoted as saying by Czech Radio. Divis tweeted his team handed over “61,600 signatures […] as opposed to 61,438” which would leave him with 50,016 signatures after the average mistake rate from the ministry's tests run on his samples is applied. “This is far from over”, a tweet pinned to his profile reads.

Tomas Brezina, known in the country for his business with concrete pavements and other products made of concrete, told Seznam Zpravy his team and himself “were shocked” after they found out that only 45,000 signatures of the 69,000 handed upon registering were valid following the review.

“We made no mistake, and I don’t have an explanation for such a high mistake rate”, Brezina said adding that, “We have not expected such developments”, and that, “We will take those steps that the law enables us to do”.

Karel Janecek, a mathematician by training whose algorithmic trading company RSJ secured him a place no. 92 on country’s Forbes list, and who caused controversy with his loud scepticism towards Covid-19 vaccination, saw signatures shrink from 71,828 to 48,091 after tests ran by the ministry yielded mistake rates over 30%.  “Perhaps a somewhat embarrassing rate of error for a mathematician…”, commented associate professor in Central European politics at UCL Sean Hanley on his Twitter, and Janecek told Czech Radio that “the high mistake rate cannot be very well explained statistically”. Janecek added that he believes the cause will be found, and that “in any case I will appeal and ask for review”.

All the dismissed candidates have until November 30 to appeal the decision which will include also Pavel Zitko who tried to hand part of the signatures also after the initial deadline.

“They [unsuccessful candidates] can address the examination of the candidature list”, deputy interior minister Petr Vokac was quoted by Czech TV adding, “They can say we have made a mistake in counting the signatures”. However, Vokac stressed the ministry uses sophisticated methods and the whole process has been protocoled and is part of the decision ministry took. Interior minister Vit Rakusan wants changes to the presidential law, he tweeted, after the news emerged that Denisa Rohanova was registered even though she was backed by legislators from the previous parliament and filed a candidacy last year before the previous parliament was dissolved.

“After the January election I plan to meet with my deputy and his colleagues over what specifications which would deserve to be made to the law”, Rakusan tweeted and also said that only Supreme Administrative Court can address questions as to the interpretation of the law.

Latest presidential poll by Kantar agency shows ex-premier and populist leader Andrej Babis, who is currently standing trial over a €2mn subsidy fraud, would in the first round obtain 27% trailed by former army chief of staff Petr Pavel with 26.5% and former Mendel University in Brno president Danuse Nerudova with 23.5%. None of the remaining candidates would obtain more than 6%. Previous polls showed Babis is likely to lose in the second-round runoff.