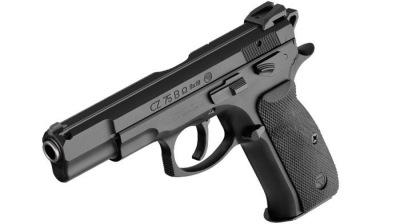 Czech gun-maker Ceska Zbrojovka (CZUB) mulls an IPO to fund a US expansion. Its most famous pistol is the CZ 75
By bne IntelliNews January 7, 2020

Czech firearms company Ceska Zbrojovka Group SE is considering an IPO on the Prague Stock Exchange to finance an expansion in the United States, the company said in its press release on January 6. However, no firm decision has been made yet, the company said.

In 2019, the company announced its intention to build a new factory in Little Rock, Arkansas, United States. The company should produce two hundred thousand pieces annually and employ up to 560 people.

“However controversial the production of weapons is, and many institutional and private stakeholders will not touch such shares, it can be expected that in the Czech Republic this will be a highly demanded issue, because in Prague there is a huge hunger for it,” commented Capitalinked.com Analyst Radim Dohnal.

Ceska Zbrojovka, also known as by its initials CZUB, is one of the leading European producers of firearms and tactical accessories for military and law enforcement, personal defence, hunting, sport shooting and other civilian use, including also companies such as Ceska Zbrojovka CZ-USA, Zbrojovka Brno, 4M Systems and CZ Export.

The company’s most famous gun is the CZ 75 semi-automatic pistol, which enjoys world wide renown and is the most common hand gun in Czechia.