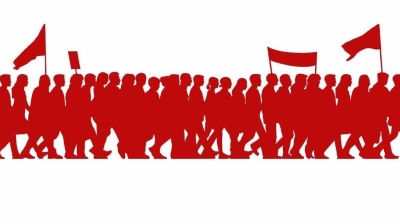 The 41-year old Denis Kuznetsov was beaten to death by police while in remand in a notorious jail in Minsk. He died the day before the weekly mass rally in Belarus calling for the release of political prisoners
By Ben Aris in Berlin October 4, 2020

Crowds in Minsk fought a low-key running battle against water cannon trucks deployed to disrupt the regular Sunday mass marches and even managed to disable a few.

The turnout was as large as in previous weeks, with at least 100,000 people demonstrating this week under the theme “release the political prisoners.”

The mass march followed on from the regular Saturday women’s march under the theme of “flowers” that included meetings at the orphanages where the children of a few protesters were taken in the last two weeks, although the children were later released to their parents again.

The women’s march passed off without incident and only 20 women were detained. The women adopted the tactic of marching in small groups all over the city at random making it impossible for the police to prevent the demonstration.

Police turned out in force for the Sunday march, but yet again the sheer size of the demonstration left the security forces and police helpless against it.

Indeed, in one incident a group of police had detained a man and put him in a van when a large group of demonstrators confronted them. The police nervously sprayed the onlookers with pepper spray who were demanding the release of the detainee.

Police also detained a 13-year-old girl to the outrage of onlookers. “She’s only a child,” passers-by shouted. The girl was later collected from the police station by her mother and was limping, but the family declined to comment on the incident.

The police deployed more water cannon on Sunday, which were used for the first time two weeks ago in the Brest regional demonstration, but they proved to be ineffective.

As the water cannon trucks had no OMON or police support, the trucks were attacked at the sides and the rear by protesters who opened their doors and ripped out the equipment inside or tore off the canisters that store the orange paint added to the water that police use later to identify protesters.

In one case the water cannon truck was so badly damaged the water inside spouted through the roof forming a fountain and the disabled truck had to beat a hasty retreat. 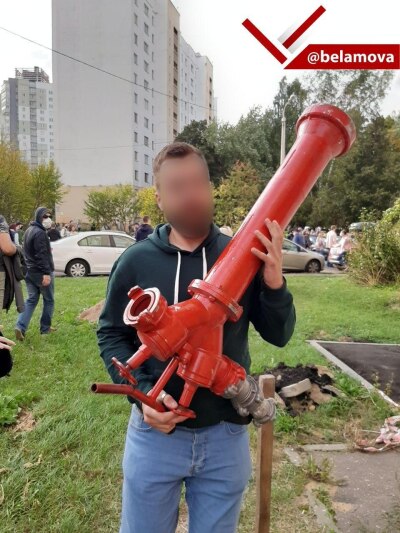 n general the trucks have no impact on the gathering as people simply back off when the water is turned on. The crowd's ability to get close to the trucks and damage them highlights the authorities' main problem: the lack of enough police and security force personnel to break up the crowds and prevent the demonstrations.

In an amusing side story, the Interior Ministry spokeswomen Olga Chamadanova issued a statement asking the crowd to return the pieces of the water cannon truck they took.

“Dear citizens, please return all the parts of the water cannon to the nearest police department. Do not impersonate police officers. They will have to compensate for the lack of the their own, already low, wages. Ask as a mother.”

But the serious part of the demonstration was the insistence that all the political prisoners be released – one of the key demands of the newly established Coordinating Council.

“Each of you goes out to protest, first of all, for your own freedom. But today is a march for the freedom of political prisoners. These are people who, like Sergei Tikhanovsky, have not seen their family and children for several months. These are people who have suffered for their beliefs – and still suffer. And our task is to release them. So I support everyone who takes to the streets of their city today. Let the whole world see: Belarusians want to live in freedom, not in prison,” Svetlana Tikhanovskaya said in a statement on the morning of Sunday’s mass rally.

Tikhanovskaya’s husband was one of the first opposition leaders to be arrested after he travelled throughout the country and organised public rallies to collect signatures for his candidacy for the presidential election on August 9 that he promoted on his popular YouTube channel.

He was constantly harassed by police and eventually arrested in July on charges of organising a riot. After 33 Russian mercenaries employed by the Wagner private military company were arrested, the authorities claimed that Tikhanovsky was also behind their arrival. Charges of treason were added, for which he now faces 15 years in jail if convicted.

Tikhanovsky’s detention was used again to threaten Tikhanovskaya when she went to the Central Election Commission (CEC) offices a few days after the elections to file a formal complaint about voting falsification.

Two members of the security services were at the meeting, by the end of which Tikhanovskaya recorded a video message calling on the people to recognise the official results of the election that gave Belarus' self-appointed President Alexander Lukashenko a landslide win and calling for an end to the protests. That evening she left the country with her children for self-imposed exile in neighbouring Lithuania. The video message was later confirmed to have been made under duress.

Since then Tikhanovskaya has been actively lobbying the EU for support. In the last weeks she has travelled to Brussels to meet with top EU diplomats, she has recently met with French President Emmanuel Macron in Vilnius, who promised to support the Belarusian people, and she is due to spend two days in Berlin this coming week to meet with German Chancellor Angela Merkel and to address the German parliament, or Bundestag. 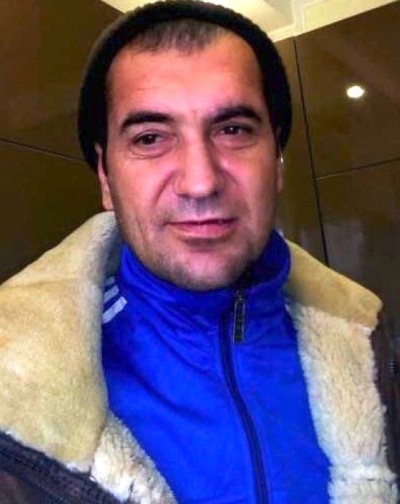 The march was overshadowed by the death of the 41-year-old Denis Kuznetsov, who was arrested on September 29 and died on October 3, just before the weekend demonstrations.

Kuznetsov was detained by OMON on an administrative charge of hooliganism, according to authorities, and imprisoned in the notorious Okrestin pre-trial detention centre in Minsk on September 29. The authorities said explicitly that he was not detained for protesting.

While there he suffered multiple injuries and was taken to hospital, but died from his injuries on October 3.

During the demonstrations on Sunday protesters gathered outside the Okrestin and demanded the release of the approximately 200 political prisoners held there, according to human rights NGOs.

Reports of Kuznetsov’s death were widely shared on social media and were investigated by the authorities, which claimed it was an accident. The official verdict was that the cause of his injuries was a result of him falling out of the top bed in a bunk bed while in hospital.

“The heart of the Belarusian people is broken again. Another person [has] died, a victim of the regions: doctors diagnosed Denis Kuznetsov, who was brought from Okrestin, with skull fractures, an open head injury, hematomas, rib fractures and a lung injury. But the staff of the detention centre tell the doctors that he fell from a bunk bed. If they lie about the dead – what should they say about the living?” Tikhanovskaya said in her Sunday morning address.

The death of Kuznetsov brings the confirmed death toll since the protests began to seven, of which at least three are believed to be murders by the security forces, whereas two others are almost certainly suicides.

The Interior Ministry has maintained its campaign to dissuade the population from protesting without much effect. In the days before the protests the Ministry was sending SMSs to the population warning them that it was using geolocation to identify citizens that had attended the protests and warned them they could face criminal charges for attending “unsanctioned” rallies.

"Do not make a mistake!" the Interior Ministry said ominously.

Inflation in Belarus at 4.6% in April
Russian mapping major 2GIS acquires Belarusian geo-marketing start-up
Belarus' gold and foreign currency reserves rose 4.9% to $7.3bn as of May 1

But no change of position on North Macedonia as interim government doesn't have authority to end veto on Skopje's EU accession talks.