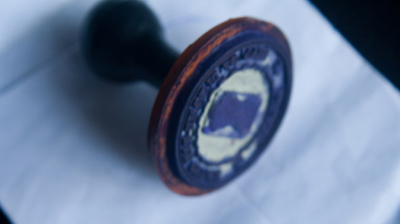 The Croatian government plans to ban rubber stamps for approving paperwork with the aim of hastening business procedures to attract investors, prime minister Tihomir Oreskovic announced on May 4.

The announcement is part of a wider reform programme initiated by the centre-right coalition government, led by Oreskovic, a former pharmaceuticals executive. However, recent tensions between the Croatian Democratic Union (HDZ) and Bridge of Independent Lists (Most) could put planned reforms at risk.

Oreskovic said on May 4 that banning rubber stamps should be a positive signal to businesses that procedures will be simplified, according to a statement on the government website. He said stamps were “a relic of the past”.

Economy minister Tomislav Panenic also said on May 4 that the first step, by the end of this year, is to scrap a need to use stamps in the private sector. By the end of the year, the government will have made preparations to do the same in the public sector, according to Panenic.

On April 28, the cabinet approved a set of 60 reform measures focusing on macroeconomic stability, fiscal sustainability and the improvement of the business environment. Reform measures also include the planned privatization of government-owned stakes in private companies and pension reform envisaging an increase in retirement age to 67 from 2025.

Timothy Ash from Nomura Securities said on May 4 in an e-mailed note that Oreskovic and finance minister Zdravko Maric, both well respected reformers, are making the right kind of noises and should be able to pick some of the lower hanging fruit on the budget, debt and privatisation front, but longer term structural reforms will be held back by deep seated vested interests in the HDZ and the opposition Social Democratic Party. Neither Oreskovic or Maric as yet have the political support/capital to drive on with a radical reform agenda, according to Ash.