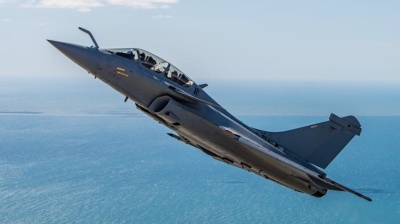 Croatia picked Dassault Aviation’s offer in May after the tender for the acquisition of new fighter jets had been delayed due to the coronavirus (COVID-19) pandemic.

"The state-to-state contract mainly covers the transfer of 12 Rafale fighters from the French Air Force along with their equipment, as well as a training service for the Croatian Air Force," Dassault Aviation said in the press release.

The contract for delivering logistics support covers all support resources, including additional spare parts for the fighter jets, over a period of three years.

Ten of the Rafale jets to be acquired are single-seaters, while the remaining two are double-seaters.

France should deliver the planes in the beginning of 2024 and the offer includes, apart from the planes, also simulators and the training of pilots who will stay in France for a couple of years. France has also offered a basic weapons package, ground and test equipment, spare parts, three-year technical support and a 12-month warranty.

In September 2020, Nato member Croatia received four offers to supply it with multi-role fighter aircraft, from France, Israel, Sweden and the US, in a second attempt to modernise its aircraft.

This is the second attempt by Croatia to modernise its aircraft. Previously, the country had a deal to buy 12 used F-16 fighters from Israel in 2018. At the time, the country agreed to pay €500mn for the jets. However, the administration of former US president Donald Trump blocked the deal.