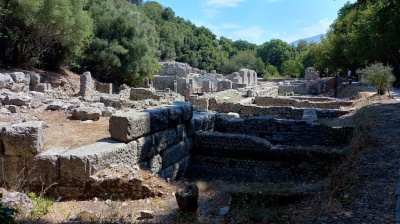 Albania’s most famous archaeological site, Butrint, was inhabited from prehistory and has ruins dating from ancient Greek through Roman to Venetian times. / Clare Nuttall
By bne IntelliNews January 24, 2023

Hearings in Albania’s Constitutional Court will start soon after the opposition Democratic Party filed a lawsuit against the law granting a concession for the National Park of Butrint.

Albania’s most famous archaeological site Butrint was inhabited from prehistory and has ruins dating from ancient Greek through Roman to Venetian times. Citing the need to help develop the site and boost tourism, the government granted an 10-year concession for Butrint to a private foundation, but critics say the agreement is not transparent and should be scrapped.

The lawsuit was filed by Democratic Party MP Ina Zhupa and signed by 36 opposition MPs, who claim the concession will damage Albania’s cultural and historical heritage. They object to the decision to transfer management of the site from the Ministry of Culture to the Butrint Management Foundation (BMF), created by the government and the private Albanian American Development Fund (AADF).

Zhupa announced the lawsuit in parliament in early January, appearing there wearing a Butrint protest t-shirt under her jacket.

“The year starts well with good news for Butrint. The lawsuit is accepted by the Constitutional Court,” she wrote on Twitter on January 3.

“The Constitutional Court will live up to its name and position! Butrint will win!” 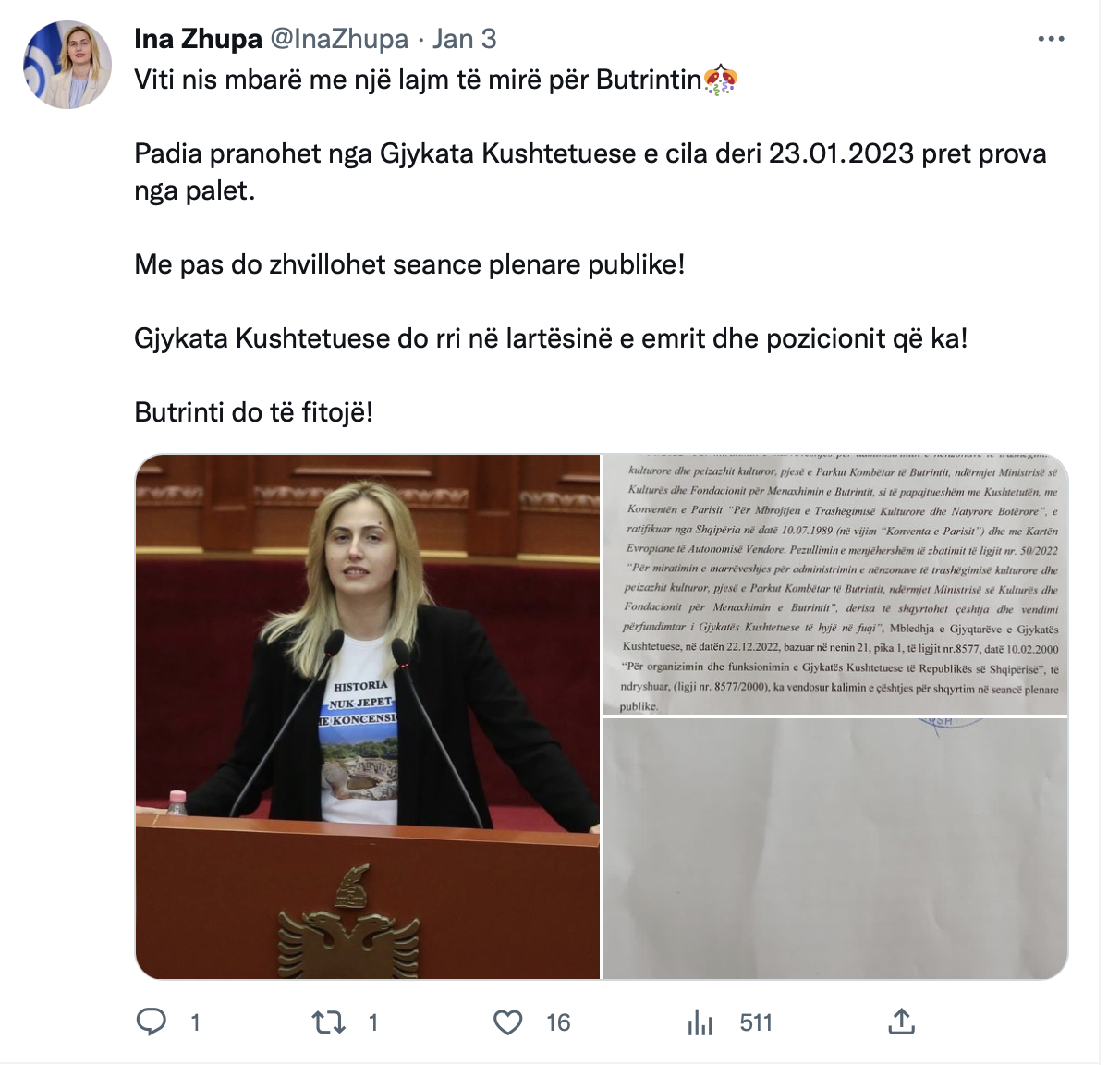 After the lawsuit was filed, the Constitutional Court gave interested parties until January 23 to present their arguments and evidence. The next step will be a public hearing.

Butrint is located near the seaside city of Saranda just north of the popular Ksamil beach resort. On summer days the road leading through Ksamil is clogged with cars and buses.

The site stands out both because unlike many ancient sites in modern-day Balkan cities it has not been touched by modern development, and because it is situated amid a wetland area that is important in its own right.

UNESCO, which declared Butrint a World Heritage site, describes the site as a “very rare combination of archaeology and nature” and a “microcosm of Mediterranean history, with occupation dating from 50,000 BC, at its earliest evidence, up to the 19th century AD”. Among the notable sights are an ancient Greek theatre, Roman remains, an early Christian basilica and the 15th-century square Venetian Tower.

Around the archaeological site, UNESCO says the National Park, declared in 2005, “acts as a buffer zone” for the World Heritage property.

When I visited in summer 2022, there were coach-loads of visitors, among them tourists from the UK, Germany and other West European countries as well as from Albania and its near neighbours. However, in contrast to similar sites in Western Europe, Butrint was by no means crowded, even at the height of the summer season.

Entry to the archaeological site was via a metal gate and tickets were on sale in a modest wooden structure. Another hut a short distance away housed some clean but pungent toilets. There were stalls selling souvenirs set up in the shade, where the hot summer air was full of the rasp of cicadas in the trees above.

Outside the archaeological complex were a few cafes under the trees along the road leading from the bus step to the entrance, adequate for the modest number of visitors. 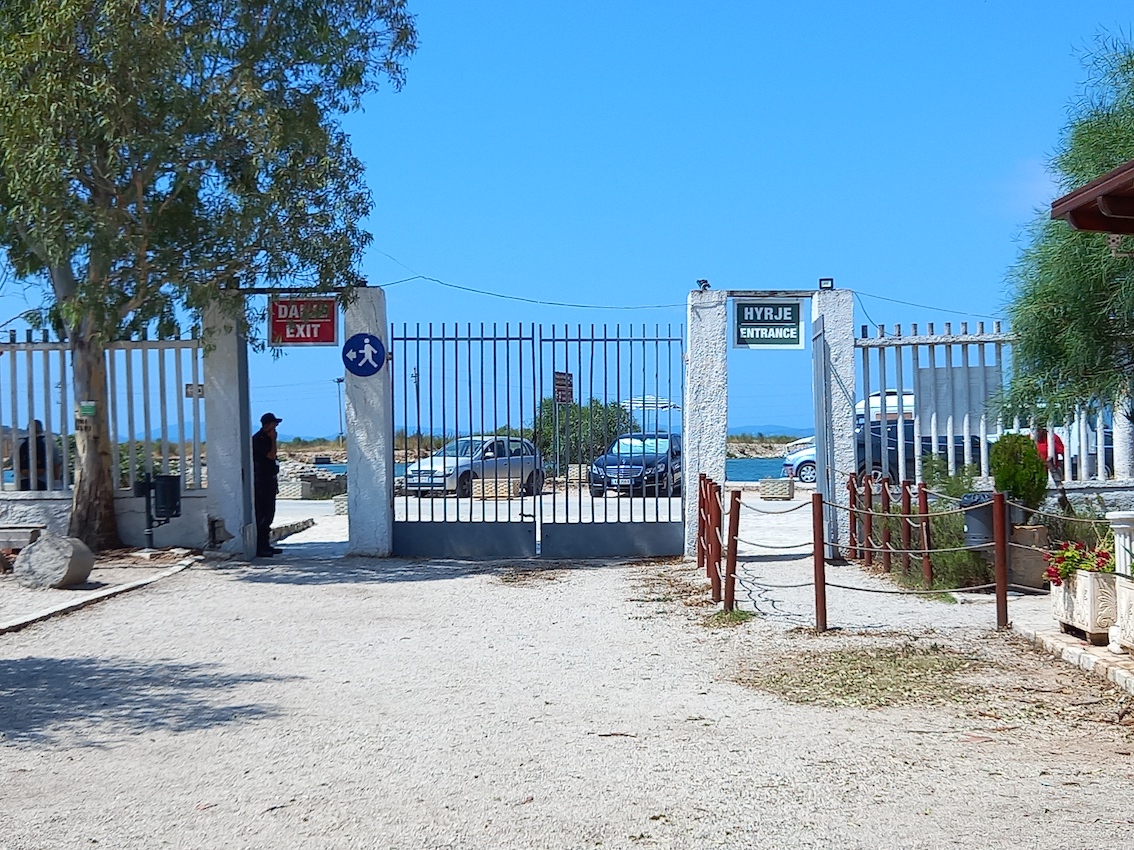 Under the planned revamp that will change dramatically.

The plans were initially kept confidential, sparking vocal criticism from opposition MPs in early 2022, but the business plan has since been published.

According to the integrated management plan on the Butrint Management Foundation’s website (the document is viewable here, though the homepage for the site was unavailable as of mid-January).

The plan envisages “a number of international-class interventions”, including a new visitor centre. The site will be fully open to around 295,000 people a year by 2028, of which an estimated 200,000 are likely to be from outside the country.

According to the document, “total capital investment of $7.5m is required, of which 39% is to be spent on conserving the site and 61% on new facilities for both visitors and staff”.

It was drawn up by UK-based firm Prince+Pearce Ltd, in association with the Centre for Applied Archaeology at the Institute of Archaeology, University College London (UCL) and Cultural Heritage without Borders Albania (CHwB), having been commissioned in October 2018 by the AADF.

Preparations are already underway. In December it was reported that four teams, led by architects from Japan, Finland, France and the UK, had been shortlisted to design the visitor centre for the Butrint National Park by Butrint Management Foundation and Malcolm Reading Consultants.

The successful bidder will design a carbon-neutral visitor centre at the entrance to the park to handle the increasing number of visitors. It is due to open in 2025.

Butrint’s management was the subject of heated debates in the parliament during the first half of 2022, when it was discussed in several parliamentary committees.

Zhupa in particular sought explanations on numerous issues from Culture Minister Elva Margariti. "How is it possible for our state to give up the protection of cultural heritage, the protection of its archaeological, historical, environmental, touristic values and hand them over to a private person,” she argued at a session in June 2022.

Margariti sought to reassure opponents of the project, stressing that “Butrint will continue to be the property of the state and will not be given to any private person”. She also highlighted the record of the AADF at other cultural sites such as Gjirokastra Market, the historical centre of Vlora and the Marubi Museum in Shkoder.

Others who have criticised the site include the Albanian investigative journalist Artan Rama who, despite struggling to obtain information from the culture ministry, delved into the grant agreement between the Butrint Management Foundation and the AADF.

In an article published by the Investigative Network Albania (INA), he argued that the Albanian authorities will only be able to exercise “weak and insignificant control” over the foundation. 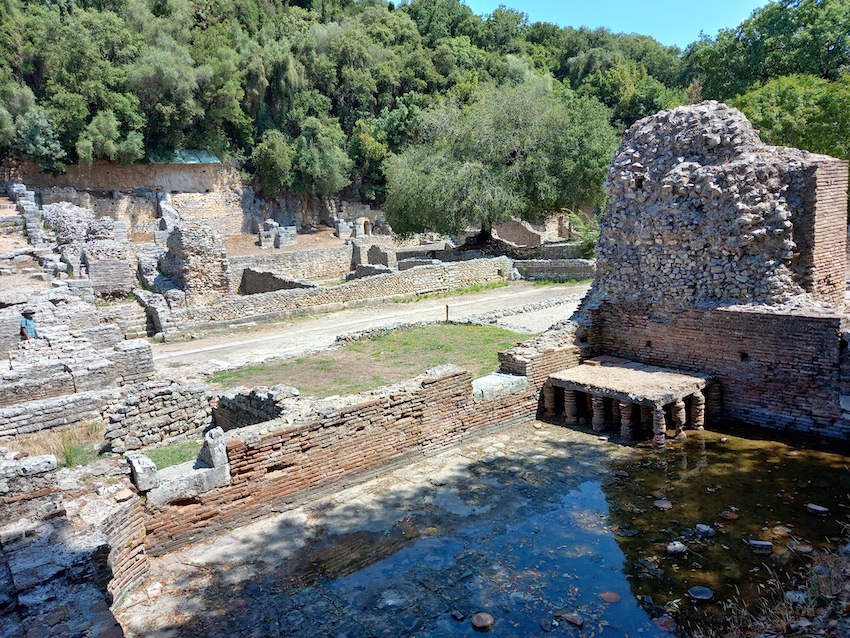 Relations between the ruling Socialists and the Democratic Party are highly acrimonious in Albania’s polarised political sphere. In 2022, Prime Minister Edi Rama debated the issue in typically combative style, accusing the opposition of “stupidity”.

Developing Butrint is in fact a long-term objective of Albania’s current prime minister. Twenty-four years ago, as a youthful culture minister in Fatos Nano’s cabinet government, Rama made an initial effort to develop the site.

Back then as culture minister, Rama removed Albania’s Institute of Archaeology and Institute of Monuments from control of Butrint and brought in the London-based Butrint Foundation to help, saying this was needed to prevent the site from deteriorating further. This sparked a row with the two local institutions, who claimed that the foundation wanted to cash in on increasing tourism.

Rama has since gone on to lead three consecutive governments, becoming prime minister for the third time after his Socialists again swept the board in the 2021 general election.

He has made developing the tourism sector a priority for his third term in office. Talking of the development of the tourism sector, he said in September 2021: "We want to make Albania the 2030 absolute champion of the Western Balkans in tourism”.

Among the plans outlined before and after the latest general election in 2021 were the construction of ports at Durres, Saranda, Shengjin and Vlora, as well as two international airports in Vlora and Saranda. There are also plans to extend the runway and build a new terminal at Tirana International Airport, and to add to the country’s road network.

However, Albania also has a history of controversy over concession deals. The government has widely used public-private partnerships (PPPs), many of them initiated not by the authorities based on the state’s needs but on proposals from private companies, which are then given an advantage in the bidding process. This has been criticised by the International Monetary Fund (IMF) and other international organisations.

Tourism is an important part of Albania’s economy but is primarily focused on budget seaside holidays during the summer season.

Industry insiders and the government want to expand the country’s tourism offering and extend it beyond the summer months, for example through offering culture and adventure tourism. Developing Butrint would help achieve that goal.

The sector was badly hit by the coronavirus pandemic and suspension of international travel. However, in summer 2022 the sector continued its recovery from the coronacrisis, that had already started the previous summer.

The high inflation that plagued much of Europe since the start of Russia’s war in Ukraine did not appear to negatively affect the number of visitors; instead, budget conscious travellers headed to Albania as a low cost destination.