CONFERENCE CALL: Invasion of Ukraine would threaten the delicate balance of interests in the Arctic 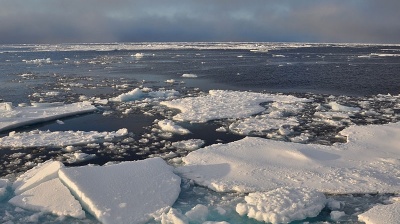 Despite the geo-strategic positioning and military build-up in the Arctic region in recent years, until now there has been co-operation between the Arctic states even on opposite sides of the ‘new Cold War’. But while strife over Arctic issues isn’t expected in the foreseeable future, a Russian invasion of Ukraine would endanger the regional co-operation that has so far benefitted the eight states of the far north.

As the warming climate causes polar ice to retreat, in recent years there has been a military buildup in the Arctic, particularly on the part of Russia. This has involved refurbishing airfields, improving radar systems, building up air defence systems on the far northern islands of Kotelny and Novaya Zemlya. Russia has also tested hypersonic cruise missiles and nuclear-powered undersea drones in the Arctic. Such moves have raised concerns in the US and other Nato members.

“The Arctic is changing – not only in terms of climate change but also political tensions are more visible than 10 to 15 years ago,” said Michael Rühle, head of the Climate and Energy Security Section, Emerging Security Challenges Division at Nato, on the ‘Climate insecurity and geopolitics in the Arctic’ online policy dialogue event organised by the European Policy Centre (EPC) think-tank on February 16.

Nato, meanwhile, has an “ambivalent approach” to the region, according to Rühle. “There is more military competition. We increased our military position as Russia in particular has increased its own, [but there is] still no appetite among Arctic allies to move away from the general careful approach.”

However, he added, “we do not see from the EU perspective there's a danger of conflict any day soon in the Arctic based on Arctic issues; it's more of a reflection of global strategic positioning by various countries … I don’t want to be complacent and play down the obvious escalation of military activity, but by and large Arctic co-operation remains rather positive than negative.”

This combination of co-operation and competition has characterised relations among the eight Arctic states, which include Russia and the US, since the end of the Cold War, according to Elana Wilson Rowe, research professor at the Norwegian Institute of International Affairs and adjunct professor at the Center for High North Governance at Nord University. She described a “complex, pragmatically driven environment, where Arctic states co-operate in areas of mutual interest [but there are also] unresolved security conflicts between states.”

In recent years, rather than a race for resources amid the retreat of sea ice, Rowe said, “we actually saw a race towards co-operative governance.” She referred to the conclusion of policy binding agreements in areas such as search and rescue. “Tensions between Nato and Russia do play a part but these are mitigated by shared interests,” she added.

“Everybody understands that there is a mutual interest in making things work. There is some competition for the shelf but that is being handled by the UN. Generally, co-operation is pretty good in most areas,” said Mann.

The shared challenges of operating in the extreme climate of the Arctic and the looming challenge of climate change have pushed the eight states of the region to co-operate. As Mann put it, “many things can only be done through international co-operation.”

First among the challenges facing the region is climate change, which is more evident in the Arctic than anywhere in the world. “Climate change is the biggest challenge we face. It is a clear and present danger that has been there a long time, and now is getting much worse very quickly,” said Mann. “We have seen the first effects of thawing permafrost with collapsing oil tanks, oil slicks and other pollution. There’s a great danger that thawing permafrost and meeting ice could give the possibility of future pandemics as various bacteria are released from thawing ice.”

Russia is hoping the warming of the Arctic will enable to it to extract the natural resources of the far north, while the melting of the sea ice will open up northern shipping routes. However, as temperatures soar to record highs, the dangers of climate change have already become evident in Russia, where numerous cities and the transport infrastructure that serve them are built on permafrost that is now melting. This has security implications as well: panellists pointed out that the melting of Arctic sea ice has exposed Russia’s northern coast.

Russia is developing its oil, gas and other resources in the far north, and is also keen to hike the volume of shipping through the Northern Sea Route (NSR). As Nato’s Rühle noted: “of course Russia has major ambitions for the Arctic, especially in raw materials they want to exploit. They are still very focussed on traditional fossil fuels and at the moment the prices are pretty high, so it looks good for them.” Russia aims to hike the volume of cargo through the NSR from the current 32mn tonnes to 80mn by 2024.

But while the Arctic is becoming more accessible as the ice melts and new routes open up for shipping, panellists point out that doesn’t mean it’s safe. Marisol Maddox, senior Arctic analyst at the Polar Institute of the Woodrow Wilson International Center for Scholars, stressed that even though the transit season is getting longer, it is “still a very high-risk area”. In autumn 2021, more than two dozen ships got stuck in the ice off the coast of Russia in an early freeze.

She commented that Russia is “definitely ramping up the shipping ambitions in a way really not commensurate with its ability to respond to each and every incident, oil spill or other environmental incident.” The need for co-operation around the Arctic Ocean thus extends to search and rescue.

“The general picture is ice is melting and the Arctic is becoming more accessible, but that does not mean it’s accessible,” agreed Mann. “The attic is such a vast area. Cruise lines, LNG tankers, also nuclear submarines are out there, so there are big potential ramifications of not having proper coverage for reach and rescue. We do what we can using coastguard co-operation, satellite monitoring systems,” said Mann.

The problem is, as pointed out by panellists, the threat of a land war in Ukraine, dragging in Nato members, puts at risk this type of co-operation.

According to Mann, there has already been a reduction in co-operation between EU countries and Nato. “There has been big buildup of military capabilities. What we like to underline is Arctic co-operation still works. Clearly there has been a reduction in co-operation with Russia, but we still do work with Russia on certain projects so long as they are in line with our overall foreign policy towards Russia [and] as long as it brings benefits to us as well as them,” he said.

Both Maddox and Rühle argued that war in Ukraine would have negative consequences for Russia in the Arctic.

"Some of the concerns with Russia, especially if they decide to further invade Ukraine, is that there would be economic, military and diplomatic concerns for the Arctic region and most important, our ability to continue to jointly collaborate on escalating issues around climate change,” said Maddox.

Given Moscow’s emphasis on developing Russia’s Arctic resources and the wider economy of the region, she argued, “it is not in Russia’s interest for warfare to break out in the Arctic because it is a very important part of the economy and plans for the future economy.”

More specifically, said Rühle, “Sanctions on Russia [over Ukraine] include technologies they need to extract resources in the high north, so everything is somehow connected”.

However, he believes that despite the benefits of co-operation, stronger military competition can’t be ruled out. “generally Russian policy – we see it in Ukraine – is obsessed with [the] idea there will be a sort of Darwinistic fight over resources or influence, and that’s a bit of a worrying thing.”

EBRD 2022: Russia and the war in Ukraine dominate the EBRD’s annual meeting

EBRD 2022: Russia and the war in Ukraine dominate the EBRD’s annual meeting
CONFERENCE CALL: A chance for Moldova and its biggest bank
CONFERENCE CALL: Afghanistan crucial to rebuilding ties between Central and South Asia